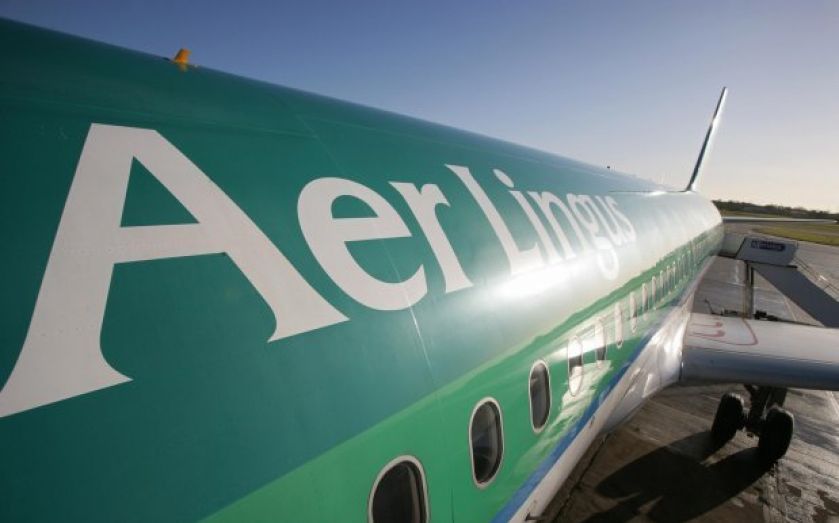 Aer Lingus has rejected a takeover bid by International Consolidated Airlines Group (IAG), the latter said in a statement to the London Stock Exchange today.

It confirmed an earlier report it had made a takeover bid for the company.

IAG, the company behind British Airways and Spanish flag carrier Iberia, also said there was no certainty of a further offer and said it will issue a further statement "if and when appropriate".

It's likely the company was targeted by IAG due to its valuable landing slots at Heathrow airport.

This is not a simple airline takeover approach but a battle for the keys to more of the lucrative long-haul slots at Heathrow, which is close to capacity.

Aer Lingus shares shot up as much as 19 per cent to €2.15 earlier today after it was reported the airline is being sized up for a takeover bid by International Consolidated Airlines Group (IAG). 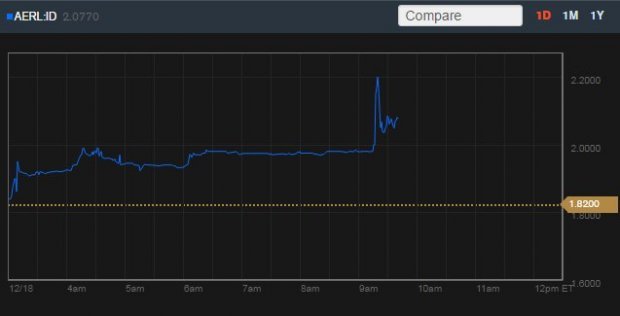 Aer Lingus share price rose as much as 19 per cent (Source: Bloomberg)

Aer Lingus shares fell back to €1.95 in late afternoon trade after the statement, seven per cent up on yesterday's closing price.

Last year the Competition Commission ordered Ryanair to reduce its 29.8 per cent stake in Aer Lingus to just five per cent. It said its ownership "has led or may be expected to lead to a substantial lessening of competition between the airlines on routes between Great Britain and Ireland".

This has since been appealed by Ryanair. A ruling on the appeal is due out tomorrow.