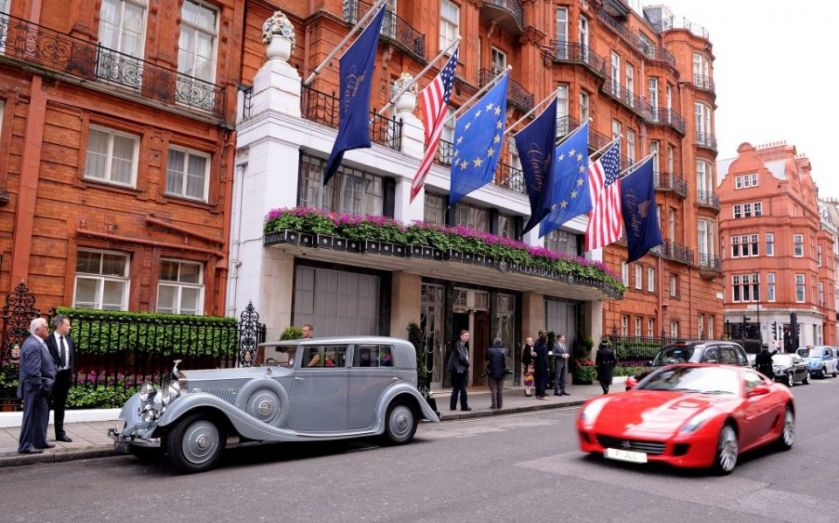 Abu Dhabi’s sovereign wealth fund has put forward a £1.6bn bid for Maybourne Hotel Group, owner of London venues the Berkeley, the Connaught and Claridges.Abu Dhabi Investment Authority (ADIA) is reported to have sent a letter declaring its interest in such a deal to Maybourne’s holding company, Coroin. The firm is understood to have given ADIA access to data which will allow it to decide whether or not to make a formal bid.Coroin is part-owned by the Barclay brothers, who hold a 64 per cent stake in the group.The billionaire duo, who own the Telegraph Group, have in the past clashed with the owner of the remaining 36 per cent of Coroin, Irish property developer Paddy McKillen. He took the brothers to court in 2012 over their attempts to gain control of the company, however lost the case and a subsequent appeal in 2013.ADIA is reported to have indicated it would be prepared to take a majority stake in the hotel group, with McKillen remaining as minority owner, and the Barclay brothers are believed to be open to the idea of selling at the right price. A pre-emption clause in Coroin’s shareholding rules means the Barclays would be required to offer their stake to McKillen before selling to anyone else.ADIA already owns the Lanesborough in London, and in 2013 bought 42 regional Marriott hotels from Royal Bank of Scotland, in a deal worth £640m. Last year, the fund paid £370m for the home of the London Metropolitan Police, New Scotland Yard.The fund was established in 1976 by the founding president of the United Arab Emirates, Sheikh Zayed bin Sultan Al Nahyan, whose son Sheikh Khalifa bi Zayed Al Nahyan is the current chairman and chief executive of the fund. He also assumed father’s role as rule of the UAE.Maybourne Hotel Group and ADIA both declined to comment yesterday.