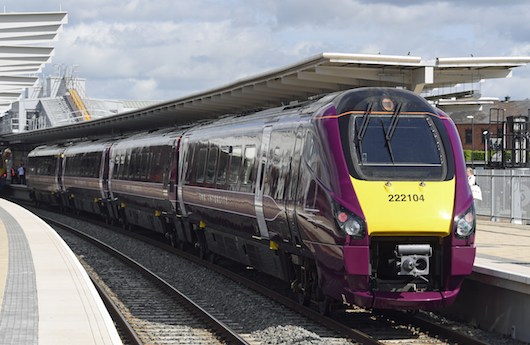 The boss of Abellio has said he is “confident” the rail franchise model will not be scrapped just a day after his firm took over one of the leading contracts in the UK.

Dominic Booth, the managing director of Abellio, which officially took over the East Midlands franchise from Stagecoach today, said he thought the model would be “significantly altered” but not abandoned altogether as a result of the Williams rail review.

The review is being led by former British Airways chief executive Keith Williams, who has said he thinks the franchise model has “had its day”.

Booth told City A.M: “I think we’re pretty confident that successive governments over many years have seen the value of that public/private partnership and what Williams wants to do is bring that up to date and iron out some of the wrinkles in it, but not abandon it. And we would expect that to continue.

He added: “I think the franchise model will be significantly altered… but I think the concept of having government-controlled contracts that are privately provided can and should survive.”

The ongoing review is understood to have played a role in the government’s recent decision to cancel the competition for the Southeastern franchise, which Abellio also bid for.

However, last week the DfT awarded the West Coast Partnership to First Group and Italian firm Trenitalia, which the government said was designed to fit with the direction of the review and to facilitate Williams’ recommendations in due course.

The awarding of the East Midlands franchise to Abellio stirred controversy earlier this year after it was revealed that Stagecoach was disqualified from bidding from the franchise – as well as the West Coast Partnership and the Southeastern franchise – for its refusal to share pension liabilities with the government.

Stagecoach and Arriva, which was also disqualified from the East Midlands franchise, are currently in the process of suing the DfT over its decision.

A DfT spokesperson said: “We have total confidence in the franchise competition process and will robustly defend decisions that were taken fairly following a thorough and impartial evaluation process.”