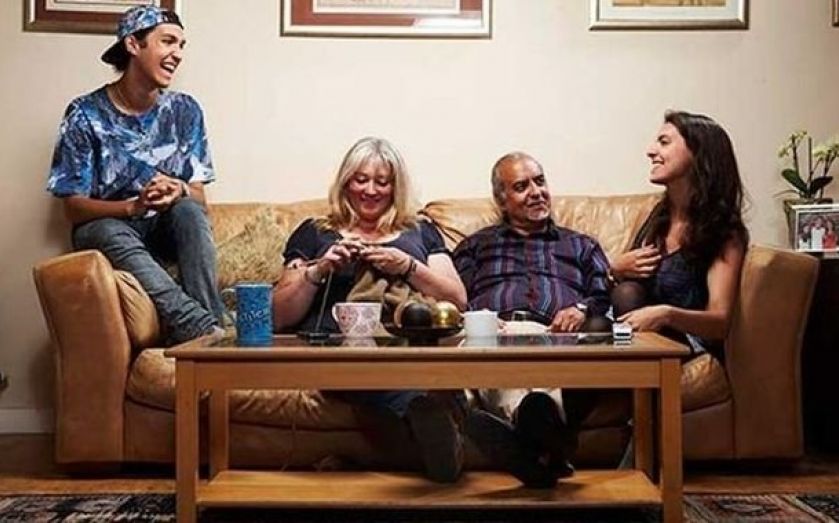 Channel 4 has dropped the Michael family from its fixed rig show Gogglebox after father Andrew confirmed he would be standing as a Ukip candidate in the general election.
The Brighton-based family has been on the show since it launched in March 2013. The current season has an average rating of 2.9m according to industry bible Broadcast, suggesting he could become one of the most recognisable faces within Ukip other than its leader Nigel Farage.
Channel 4 issued a statement earlier today, saying: “Mr Michael has confirmed his proposed candidacy as a Ukip MP.
“Sadly any Gogglebox cast member who becomes a candidate for a political party will have to step down from their involvement in Gogglebox.
“It’s with great regret that The Michaels are no longer in the show. They have been excellent contributors to Gogglebox, and we are very grateful for all they have given to the show.”
He is standing for the Hastings and Rye constituency, currently represented by Conservative MP Amber Rudd, who won 41.1 per cent of the vote in 2010, with Labour's Michael Foster coming second with 37.1 per cent of the vote.
The Ukip candidate at the time was Anthony Smith, who picked up just 2.8 per cent of the vote.
Rudd is standing again, but Labour is fielding a new candidate; Sarah Owen.
Although Hastings & Rye is not one of the 12 seats originally targeted by Ukip, the party has become increasingly confident about its chances outside that initial dozen after the success of Mark Reckless in Rochester & Strood last month.
At the start of this month, spokesman Patrick O'Flynn told City A.M: “The number of winnable seats that we might have had in mind in July is much lower than the number that we’re focused on now.”
Farage is targeting Margate, where Conservative incumbent Laura Sandys is stepping down.