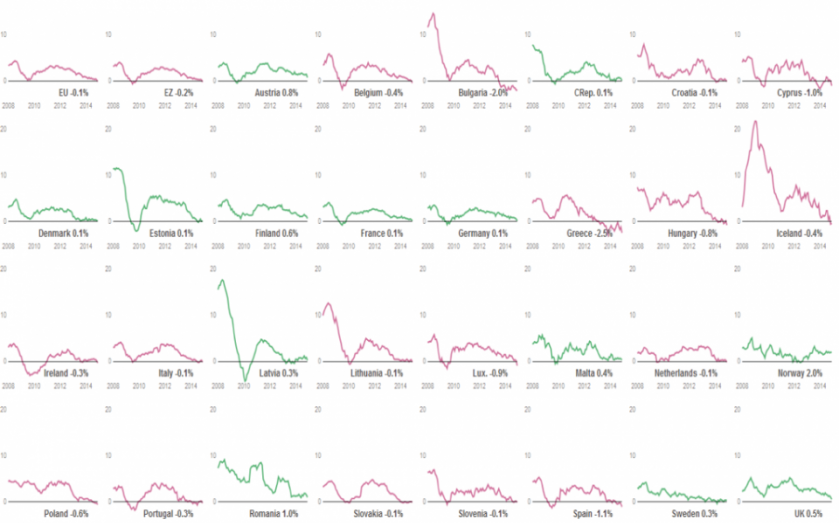 Today was the day the UK hit the threshold: inflation fell to 0 per cent, its lowest since the current measure of inflation began in 1989.

More on this story: UK inflation falls to its lowest since records began

The fall was caused by dropping energy and food prices, fueled by the global oil-price slump and a supermarket price war. Analysts believe the UK will collapse into outright deflation in the next few months.

But in the Eurozone, where a lack of demand driven by high unemployment and low growth is threatening the bloc, deflation has already hit – although it is hoped the slide into deflation will be made shallower and briefer by the €1tn (£720bn) quantitative easing programme announced by the European Central bank. For now, here are the inflation rates of EU and Eurozone countries, with a couple of extras as well. Red lines indicate deflation and green inflation.