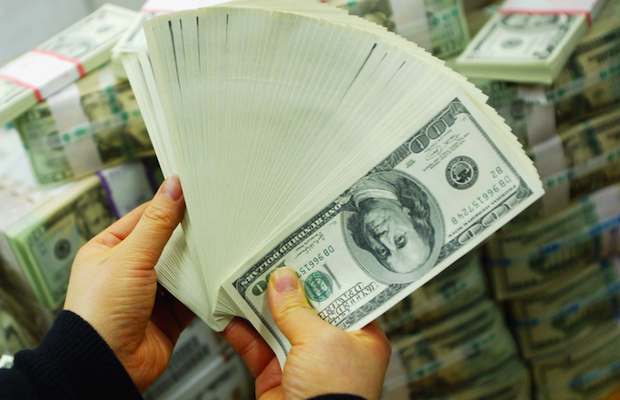 The dollar is set for a strong year in 2014 according to Deutsche Bank who have set out their bullish case for the dollar on Thursday.

This year markets have focused on pricing out QE with treasury inflows suffering as a result. Next year the bank believes that US short-end yields will be moving higher and the spread between the yield on long-term and short-term US Treasuries will narrow.

Examining the historical evidence, Deutsche Bank writes that this flattening has historically been exceptionally supportive for the broad US dollar as more stable long-term yields support a return of fixed income inflows and the lure of the dollar as a funding currency ebbs away.

Even if Fed rates don't rise until 2015 the bank predicts  that next year there will be a focus on short-end re-pricing.

2013 saw record outflows from US equities. Americans invested record amounts offshore and foreigners did engage significantly in the S&P 500 rally. The drivers behind this are not clear: examining relative P/E valuations, stock market performance and macro growth, none have proven reliable predictors of equity flows over the last two decades.

Deutsche Bank concludes that with relative valuations still not appearing stretched, the broad dollar still cheap and  underweight US equities, there are no significant reasons why the US equity situation won't improve during 2014.