Zoom Zoom Zoom: Why video-conferences are so draining 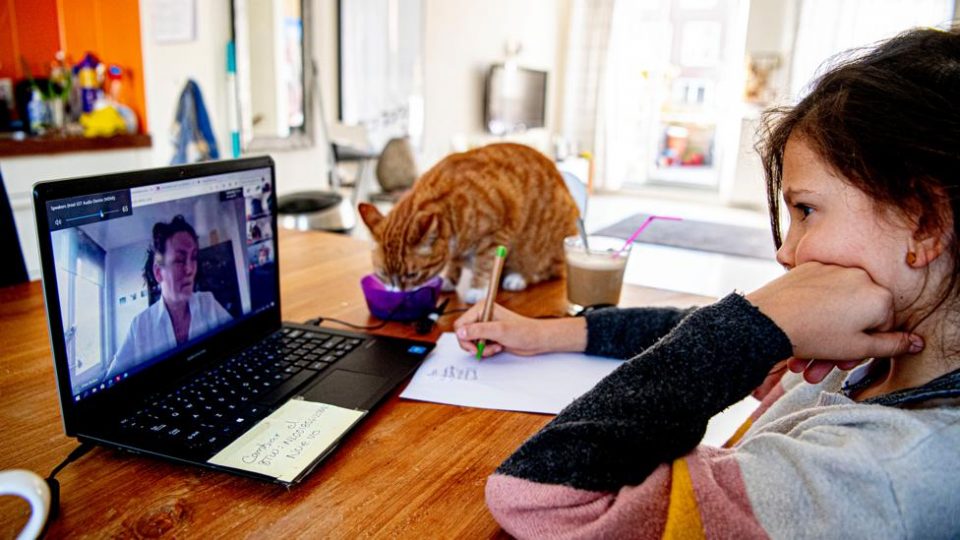 When the annals of lockdown come to be written, we will find that the pandemic, like any other great crisis, has produced its own lexicon. You can see it already: self-isolating, social distancing, herd immunity. High up among these new usages will be the teleconferencing company Zoom.

Full disclosure: I was an early adopter. The nature of my work takes me out of the office for the vast majority of my time, so we’ve been making conference calls on a regular basis for some time now, and we made the corporate switch to Zoom in the summer of 2019. Compared to other similar systems, it’s pretty satisfactory. The interface is user-friendly, the audio and video quality are usually fairly good, it’s reliable, and the ability to record internal calls for future reference at the touch of a button is handy. Recently I’ve been using it to record interviews for my podcast Media Masters, and, while it’s not the same as sitting in a professional studio eyeballing the guest, it’s not a bad substitute.

Zoom has achieved something else. It’s pulled ahead of a crowded field to become to face of teleconferencing for a lay audience. Skype, Google Hangouts, Microsoft Teams are perfectly good products, but “Zoom” has become almost the default setting for the non-technical audience. A few of my podcast guests had never used it before and came to it fresh and innocent, and it was simple and easy to use.

All of this has led to the most baroque of prognostications. The office is dead, we are told. Social gatherings are a thing of the past, and remote contact, whether professionally or privately, is the direction of travel now. Terrifyingly, if you do a Google search for “Zoom sex”, it returns 228 million results, proof, if of nothing else, that human ingenuity is boundless.

One interesting phenomenon has been the number of people who have admitted, often sheepishly, that they find videoconferencing tiring. It seems counter-intuitive. After all, we’re in our own homes, we can sit comfortably, have a cup of tea, even stay in our pyjamas if it’s only an audio call (though I insist that team meetings are by video, largely for my own amusement). This isn’t voodoo science. There are actually genuine reasons for it.

Virtual meetings deprive us of some of the comforts of a normal, face-to-face encounter. Usually we rely heavily but subconsciously on non-verbal cues to understand fully what a person means and feels. This is so hardwired into human behaviour that we’re mostly not even aware that we’re doing it, in the same way that we don’t make a conscious decision to breathe, or to blink. It just happens. Put the barriers of distance and technology between us, though, and we have to work at it. It becomes more of an effort to decipher what people mean as well as what they’re saying, whether they’re comfortable, credible, on top of their argument. That drains our energy.

We also worry about the face we present to the world. We fret about whether our surroundings are tidy and presentable, we want to appear professional and in control, and, of course, there’s that new status symbol of the Zoom age: the bookcase background. Michael Gove was heavily criticised for the presence on his shelves of a book by the Holocaust denier David Irving, while others have been pilloried for posing in front of their own works. The phenomenon now has its own dedicated Twitter account, Bookcase Credibility. This, too, makes us anxious and stressed, unsettled and on edge. It’s another reason we feel exhausted.

There is also the factor of technology. Even with a user-friendly system, most people are made slightly uneasy by the possibility of the technology not working. There is always a latency, however, brief over a virtual connection, so sometimes we inevitably wonder if we’ve been cut off or our device is slow. Occasionally the system will freeze momentarily, and panic is not far behind. None of these is a major issue, but they combine to make us tense, unable fully to relax and focus on the job at hand.

So, as an employer, be a little understanding. Remember that videoconferencing is not just a face-to-face meeting in your pyjamas. It’s a wholly different dynamic, with different effects and reactions. We’re going to have to live with it for the immediate future: perhaps, indeed, for a great deal longer. So we may as well get it right.