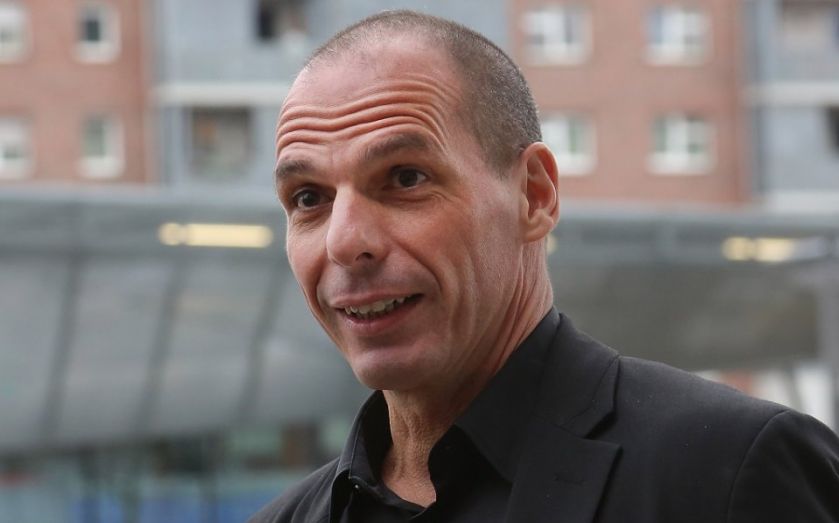 The world's most interesting finance minister has expressed his surprise at being backed one of Britain's leading free-market think-tanks.

Yanis Varoufakis, the man appointed by Greece's radical left wing party Syriza to sort out the country's debt crisis, tweeted "we live in a strange world" after reading comments from the Adam Smith Institute (ASI) published by City A.M.

We live in a strange world: "Adam Smith Institute calls on Osborne to back Varoufakis's Greek debt-swap plan" http://t.co/aaReZf2EPF

… in the sense that I never thought the Adam Smith Institute would endorse anything that comes from me. Still, profuse thanks folks at ASI

Varoufakis has been touring the capitals and financial institutions of Europe making the case for a renegotiation of the terms of Greece's bailout. Speaking in Berlin earlier today he compared Greece's dire situation with an unemployed worker.

"Would you give him another loan so he can make payments on his house? That cannot work. I’m the finance minister of a bankrupt country!" he told De Zeit.

The former academic has described his new proposals as "menu of debt swaps". The first of these options would be new bonds indexed to nominal economic growth, which would replace European rescue bonds.

It is this proposal, rather than a rejection of privatisation or an enlargement of the public sector that has led some free marketeers to find themselves singing from the same hymn sheet as Greece's radical left.

These are strange times indeed when Greek Marxists are seeing eye-to-eye with British free marketeers, but the European Central Bank's crazy monetary policy has done just that.

While we don't support the entirety of Syriza's radical programme—for example cracking down on holiday makers or hiking the minimum wage drastically in the middle of a depression—Varoufakis's idea of linking debt to the economy is a good one.

One of the advantages of Varoufakis's plan is that it would be resistant to policy mistakes that stem from the European Central Bank (ECB). Southwood argues:

It effectively makes the debt burden impervious to the ECB's herky-jerky decisions over interest rates and quantitative easing, meaning that if the ECB drove Greece into deflation in a future crisis, this would not raise the real value of its debt and cause a sovereign debt catastrophe.

The ASI will work with anyone to achieve a richer, happier, better world—party allegiance is irrelevant—and this move could do just that.

Since coming to power, Syriza has tried to strike a more conciliatory tone with the European establishment. Greece is no longer demanding write-off of foreign debt.

Germany, however, remains unmoved. A document seen by Reuters ahead of Thursday's meeting of Eurozone finance ministers shows Berlin wants Syriza to drop its commitment to hike the minimum wage and halt further privatisations.