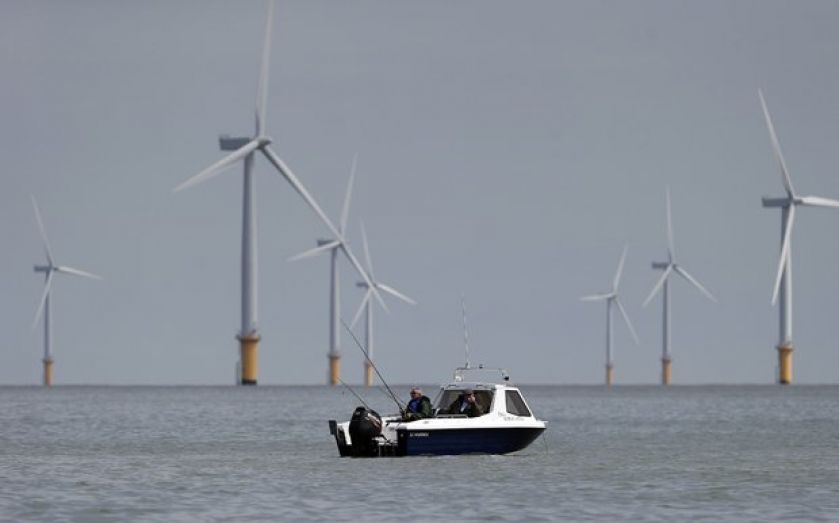 Politicians everywhere have to decide between satisfying long-term national needs and achieving short-term electoral rewards. It is hard to imagine a more worrying sign of this conflict – as a report from the National Audit Office (NAO) last month helped highlight – than the present policy confusion in the UK over renewable energy.

On the one hand, the need for investment in affordable, secure and low carbon energy has never been more obvious. But recent decisions against onshore wind and solar power, together with the favouring of offshore wind, all designed to pander to vocal minority voter groups, makes achieving these goals much harder.

The background could hardly be more challenging. North Sea oil and gas is declining fast. Russia’s recent threats to disrupt gas supplies have underlined the danger of relying on energy imports. Urgent action is needed to replace power stations reaching the end of their lives. The failure to invest in new generation means safety rules on Britain’s ageing nuclear reactors are already being relaxed to allow them to keep operating longer than scheduled. The National Grid has suggested paying energy-intensive industries to shut down temporarily to prevent blackouts.

At the same time, the UK has set ambitious targets on renewable energy to help cut carbon emissions. And all this must be achieved while meeting the needs of businesses and households for energy prices to be as low as possible.

Achieving progress on all these objectives will be difficult. Yet in the last few months we have seen increased political opposition to the renewable energy sectors which can best help overcome this challenge. The Conservatives have hinted strongly that a ban on new onshore wind farms will be included in their 2015 manifesto. A sharp reduction in subsidies for large-scale solar farms has been announced, while recent planning decisions show major solar projects have little chance of winning approval.

With biomass now also out of favour, a great deal of faith is being placed in offshore wind to reach the target of delivering 20 per cent of energy from renewable sources by 2020. But looking at the government’s figures, it is hard to see reason for this optimism.

The Department of Energy has set a target of 18GW of installed offshore wind capacity by 2020. But only 3.7GW is operational today, with 1.4GW under construction and another 2.4GW having received planning consent. Even if all these projects are generating power by 2020, which is a big if, we won’t be halfway to the 20 per cent target. The only way this shortfall could be met is if every offshore wind project currently in the early planning stages were to be developed, receive consent, and be operational within the next six years. Given the inevitable planning delays, difficulties in raising capital and constraints in the supply chain, this seems impossible.

But even if these obstacles were overcome, the power produced would still be at a considerably higher price than that generated by solar and, particularly, onshore wind. While the price of offshore wind power has consistently turned out to be higher than forecast, the cost of onshore is substantially lower than expected and is now comparable to gas turbine electricity production.

In fact, the renewable sector finds itself in a remarkable position – attacked for providing electricity which needs too much government support, at the same time as decisions are made to prevent generation from the renewable sources which can provide it at the lowest price. The NAO report exposing over-generous subsidies to a handful of giant off-shore wind farms and biomass plants – which it said would unnecessarily add £16 to every household’s annual energy bill – highlights the irrationality and cost to consumers of this approach.

So what does this mean for the rest of the UK renewables industry? Investor sentiment will remain under pressure in the short term, as we see a constant drip of negative headlines until the 2015 election. The narrowing of the polls in Scotland’s referendum has introduced extra uncertainty. Significant investment decisions north of the border are already being delayed until September. A Yes vote will see this hiatus continue.

This context makes it all the more important that renewable energy firms deliver operationally. This is exactly what Infinis, which Terra Firma floated last November, has done. Last month’s results showed performance running ahead of expectations and Infinis remains well-positioned to meet its annual dividend and deliver the promised self-funded onshore wind capacity.

And the future of the renewable sector remains bright. There are serious doubts whether even a majority Conservative government could stick to its anti-onshore wind policy. It is hard to see how, if they do, the UK can hit its renewable target by 2020 at a price that the economy can afford. When rhetoric and reality collide, we have to hope that politicians will put the national interest ahead of short-term electoral popularity.