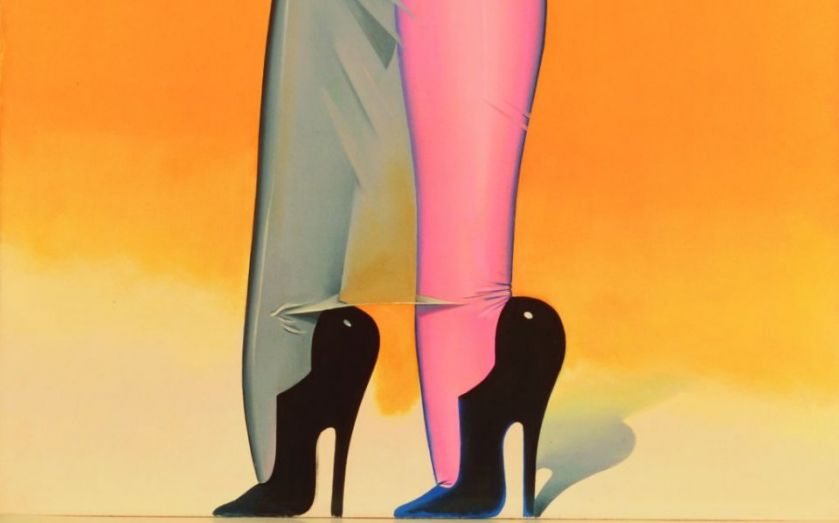 If tragedy plus time equals comedy, what does sexism plus time equal – satire? Mainstream acceptability? This has been the strange fate of Allen Jones, an artist whose work once prompted the hurling of smoke bombs outside the ICA, but who now gets a genteel Royal Academy retrospective without even a hint of a Vagenda blogpost.

Perhaps the notorious “furniture” works – a hatstand, table and chair made from busty mannequins in fetish gear – have got less sexist over time. Perhaps they were never sexist in the first place, and were actually a knowing comment on objectification and crass male fantasies. I think the real reason the controversy died down was because everyone stopped looking. Jones’ work simply isn’t good enough to warrant regular revisiting. As a result, everyone forgot to be outraged by it.

If that’s an unfair assessment, it’s because his early paintings are actually quite good. In Sinderella a man and a woman’s legs twist around each other, suggesting both sex and joyous rhythm, two becoming one in a fluid but muscular portrayal of dancing. In paintings like Interesting Journey and Curious Woman, human forms bleed out and meld with their surroundings in psychedelic explorations of Freudian ideas.