Working Lunch: Casa do Frango in Shoreditch is the posh Nando's of your dreams 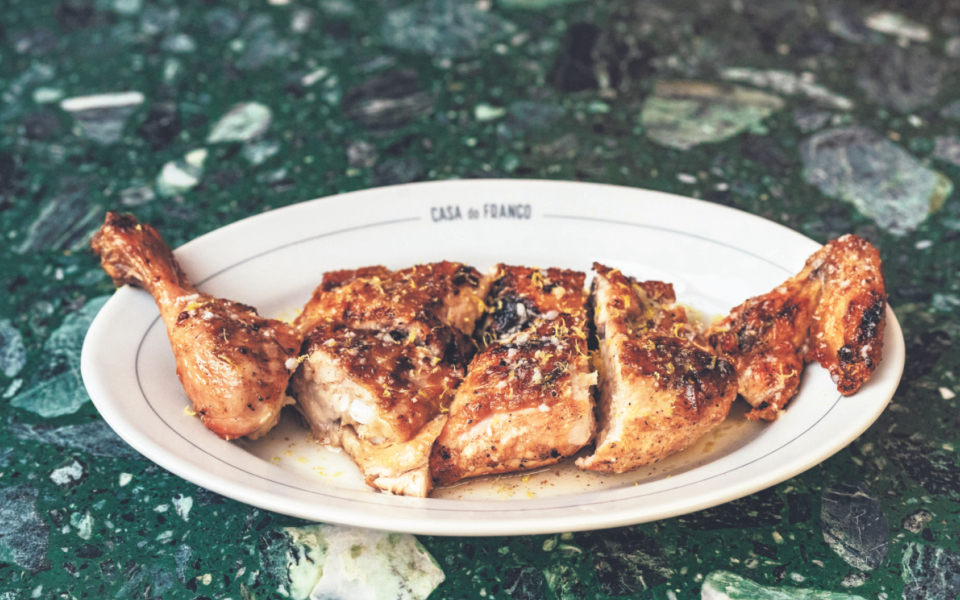 We pick the best places to wine and dine your favourite clients. This week: Casa do Frango in Shoreditch

What is it? If I were to say the words “authentic Portuguese piri-piri chicken”, chances are you’ve started salivating, like one of Pavlov’s greedy dogs, over the thought of a lovely, cheeky Nando’s. It doesn’t matter that Nando’s neither sells piri-piri chicken (it specialises in peri-peri chicken), or that it’s not even from Portugal (it’s South African).

But Nando’s is to spicy chicken what Greggs is to pastries, a ubiquitous, universally-enjoyed cornerstone of the British casual dining scene, a place frequented by pop stars (Ed Sheeran’s a holder of the fabled Black Card), politicians (the ill-fated Independent Group went there for a PR-opp) and your mum.

So anyway, Casa do Frango isn’t Nando’s but you could think of it as Nando’s posher, more delicious cousin. The Shoreditch restaurant is the second site after the original in London Bridge. It’s owned by Jake Kasumov and Marco Mendes, who share a passion for the food of the Algarve – especially its grilled chicken.

Where is it? Right in the heart of Shoreditch, round the corner from Dishoom and Pizza East, a quick saunter from Smokestak. Decent part of town to get lunch, these days.

What should I order? Well, you should probably order, I don’t know, the piri-piri chicken? Yeah, order the piri-piri chicken. This should go without saying for a restaurant that specialises in piri-piri chicken, but it really is excellent. They only use little chickens to make sure it’s all evenly cooked, and everything is prepared over wood-charcoal to give it a deep, smoky taste.  It’s not all chicken, though – I had an excellent octopus salad with pickled potatoes; some banging little kale and caramelised onion empanadas; and some green rice with peas, plantain and pickled peppers, which Peter Piper went to pick earlier that afternoon.

Anything else? You might come for the piri-piri chicken, but you’ll come back for the pastel, a traditional Portuguese custard tart, which is probably the single nicest thing I’ve put in my mouth so far this decade.