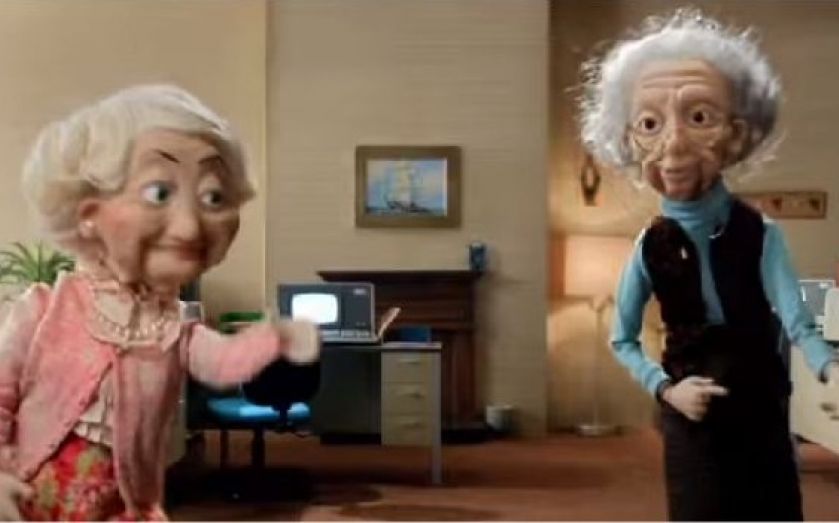 New Wonga chairman Andy Haste wasted no time announcing his first task at the helm of the controversial payday lender:

Get rid of those disturbing puppets.

The first job that Haste, former chief executive at insurance group RSA, will take on as Wonga boss is to undertake a review of how the business operates and he has decided that the grandparent advertising puppets will face the chop as part of an advertising overhaul.

Haste told BBC's Business Editor Kahmal Ahmed today that the reason behind dumping the puppets was to shed anything that "could attract children", as part of a drive to improve the firm's reputation. Wonga has come under fire for scheduling commercials during children's shows.

The famous puppets, called Betty, Earl and Joyce, feature in a series of ads where they explain to one another how to secure a loan from Wonga, while in one commercial they even perform an informative rap song about the services on offer.

The payday lending industry as a whole has come under intense political scrutiny in the last few months for the high interest rates it attaches to its loans and its conduct towards customers, with Wonga often facing the brunt of criticism as one of the sector's most high profile firms.

The industry has been undergoing a transformation as the Financial Conduct Authority has taken over regulation of the sector. A host of payday lending brands have shut down, and others have had to change their debt collection practices to conform with a new code of conduct.

"We will become a more customer focused, and inevitably in the near term, a smaller and less profitable business. However, we are determined to make the necessary changes and serve our customers in the right way, to repair our reputation and become a business with a long-term future and an accepted place in the financial services industry," he said.

Haste also said that he would "embrace" any interest rate cap set by the authorities, which is expected to be introduced in the coming weeks.

Haste takes over after the departure of Errol Damelin, who last month left the company he helped found back in 2006.

Last month, Wonga was fined £2.6m after an investigation found that it had sent letters threatening legal action to customers in arrears from non-existent law firms.