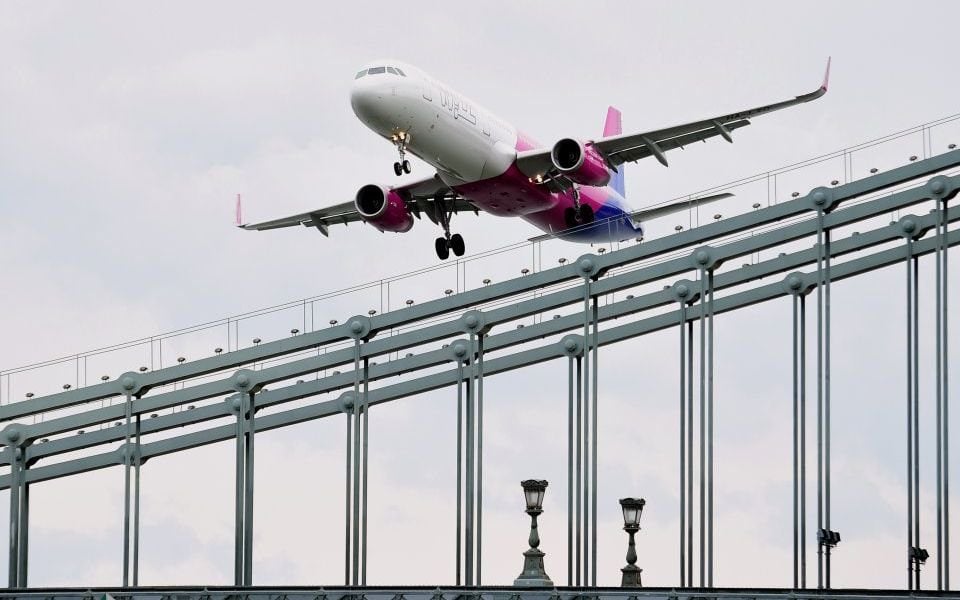 Wizz Air’s profit margin was squeezed in its latest financial year despite posting record profit today as revenues soared, and predicting more good times to come as rivals fall by the wayside.

However, its profit margin shrank 1.4 percentage points to 12.5 per cent as fuel prices hurt its cost per seat per kilometre, a key metric for the airline.

Wizz Air’s share price fell 3.2 per cent despite the robust set of results as it revealed its profit margin has been squeezed by a 19 per cent hike in fuel costs per seat.

However, Wizz Air guided to a net profit of between €320m AND €350m for the current financial year, far outstripping this year’s 292m.

The airline said higher fuel prices “are supporting a stronger fare environment” in which it will win market opportunities as struggling airlines quit unprofitable routes.

Adam Vettese, an analyst at trader Etoro, said: “Wizz Air is soaring high at the moment and the company shows no signs of landing soon.

“Headwinds faced by competitors in the airline industry, such as criticism over Ryanair’s cancellations, have helped Wizz Air accumulate more market share.

“Whilst Easyjet and Ryanair trade at two and three-year lows respectively, Wizz Air is up 15 per cent in 2019. If the incumbents continue to come under criticism in the coming months, Wizz Air is likely to continue on this trajectory.”

Jozsef Varadi, Wizz Air's chief executive officer, said: “This was a very solid performance given the absence of Easter traffic which fell into the end of the last financial year, higher fuel prices and a challenging operating environment across the industry.

“In FY19 the Company consolidated its leadership position in Central and Eastern Europe and expanded in strategic Western European markets such as Vienna and London. Wizz Air will supply more seats to the London-Luton market this summer than any other airline – a clear statement of our ambitions.

“We continued to drive efficiencies in our operations to deliver on our mission to become Europe's undisputed airline cost leader, efficiencies include the inauguration of our state-of-the-art €30m pilot and cabin crew training centre in Budapest.”