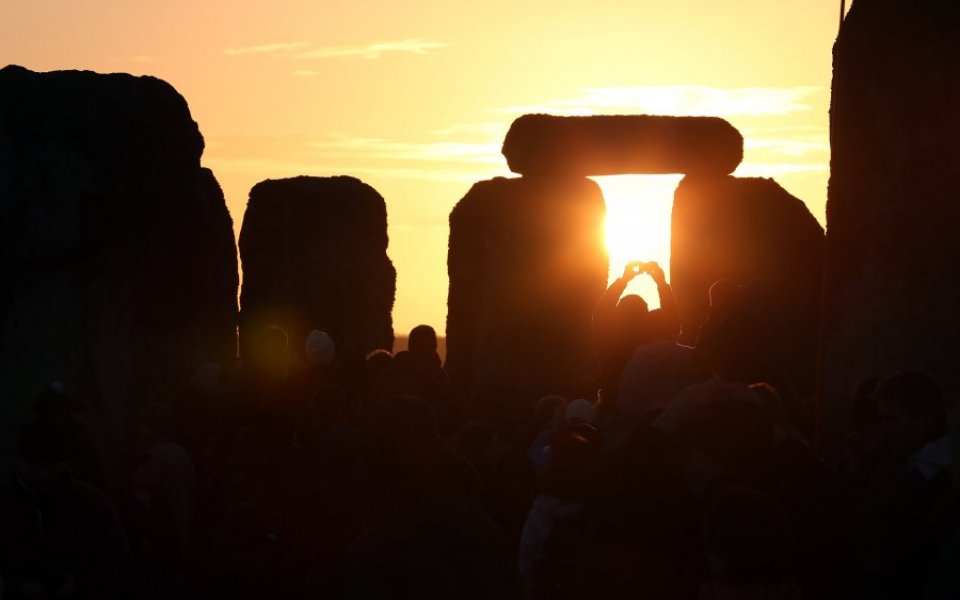 Today is officially the shortest day of the year, meaning we will see less sunlight than on any other day in 2015.

By the time the sun goes down this afternoon, we will have experienced a total of seven hours, 49 minutes and 41 seconds of sunlight in the UK.

So, what is the winter solstice, what causes it and why is it important? Here's what you should know about the annual event.

What causes the winter solstice?

It all comes down to the position of the sun relative to the Earth. On the day of the Winter Solstice, it is at its lowest level in the sky out of every day in the year – 23.5 degrees, to be precise.

Because this is the lowest possible elevation of the sun at its highest point in the day, the result is that we get the sun's rays for the shortest period of time.

It's happening a day later this year

Usually the solstice takes place on the 21st, but occasionally it happens a day, or even two days, later.

This is because our modern day calendar, which consists of 365 days a year plus an extra day every four years, isn't completely matched up to the solar calendar. The resulting mismatch means that the solstice can theoretically happen on any day from 20 December to 23 December

Why is it called “solstice”?

The word originates from the Latin term “solstitium”, which means “Sun standing still”. At this point in the year, the sun appears to stand still at the Tropic of Capricorn.

A lot of people associate the solstice with an image of druids gathering around Stonehenge in Wiltshire.

The ancient monument, which dates back to between 3,000 BC and 2,000 BC, was used by our ancestors to monitor the sun's position in the skies. On the winter solstice, the monument is aligned with the sun.

It is thought they used to slaughter the most cattle on the day of the winter solstice, so that they would not have to be fed during the winter.

From now on, mornings will get darker

Despite the fact days are going to get longer from now on, mornings will continue to get darker into early January. This is because the added period of light will be tacked on to the end of the day, rather than the beginning.

The cause of the darkening mornings and lighter evenings is the solar day not always being 24 hours. In fact, only four days a year are 24 hours long – the rest are either slightly longer or slightly shorter than that.