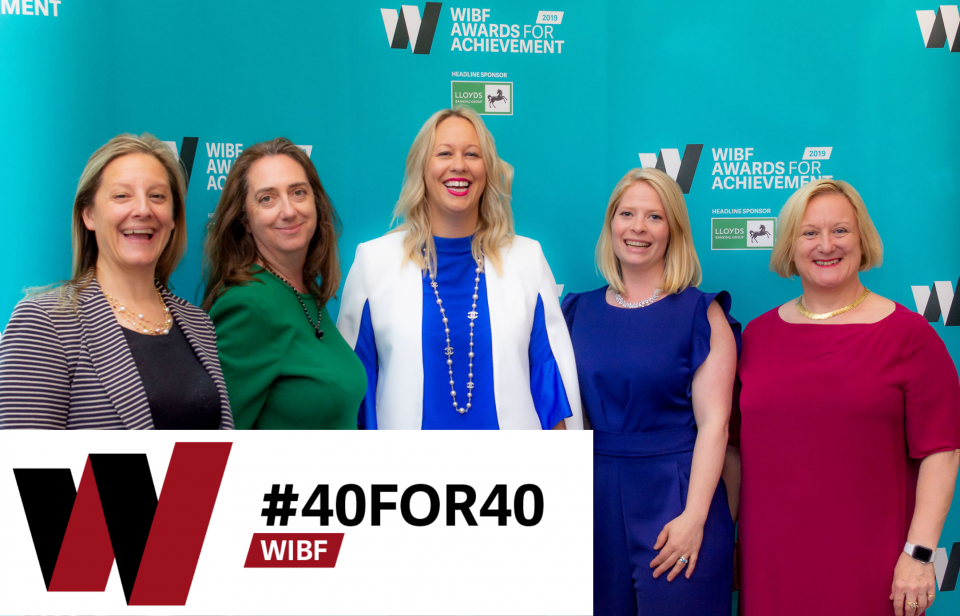 We are thrilled to announce the launch of the nomination process for the WIBF 40for40 list. To celebrate WIBF’s 40th Anniversary we are celebrating some of our greatest supporters and advocates since 1980. Their contributions personify the positive impact of WIBF and have been instrumental in making us the thriving, innovative network we are today.

In 1980 the network ‘Women in Banking’ was formed in response to academic research into the status of women in the banking sector by one of the founder members Margery Povall at the London School of Economics. She wrote in a 1981 newsletter; “I want to help other women so they will not fall into the same mistakes and traps as I have in my career”

The original logo was designed by James Dyson, of Dyson vacuum fame, whose wife was a member. Clearance had to be obtained from the Bank of England due to use of Britannia.

The primary aim of the Group was to encourage more women to make a career in banking and provide a support network for those that were already established.

In 1984 Peter Spiro CIOB was the first man to join Women in Banking and we hosted joint training session with CIOB, a series of workshops ‘men and women working together as managers and power in organisational life.

Women still required support and training. In response, WIBF’s primary aim developed into providing a forum for women in the financial services industry to meet, share experiences, develop themselves, personally and professionally, and equally, it was important to develop others.

Our mission today is to bring a gender lens to UK Financial Services by connecting, challenging and inspiring our network to unlock the full potential of financial services for all.

We wouldn’t be where we are today without the support, innovation and resilience of  of the chairs, volunteers, members and supporters over the last forty years and we would like to recognise those people.

“These are the positive role models that inspire us, have championed our work, the members whose active involvement has paved the way for others to follow in their field, and the amazing volunteers who are the glue that bind our network together.”

Join us in celebrating 40 years of WIBF and if you are a member then make your nomination for the 40for40 List by 23rd October.