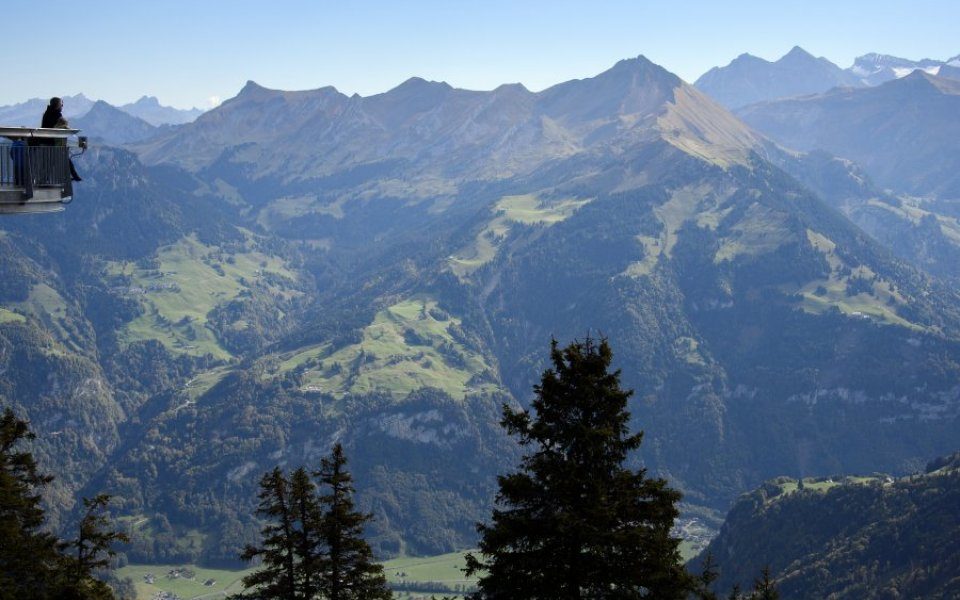 The debate over the United Kingdom’s future within the European Union has been gripping for all Europeans, in or outside the EU.

No one knows for sure what would happen now Britain has voted to leave, but there is little doubt that the consequences will be felt across the continent.

As a lawyer and a former president of the Swiss Confederation, I would like to comment on the suggestions made by some campaigners that the UK might be able to achieve a “Swiss deal” with the European Union, and point out some important facts about the reality of the Swiss-EU relationship.

Read more: The Norway option is far from just paying into the EU without having a say

Currently, as a member of the EU, the UK has full access to the Single Market. This means trading rights for British firms with no tariffs and a voice when regulations are determined. Switzerland, by contrast, only has partial access to the EU’s Single Market, and crucially services – which make up 78 per cent of the UK economy – are covered only to a limited extent by the “Swiss model”.

Indeed, our bilateral agreements do not provide for cross-border access in financial services. We are negotiating this access, and for this reason a “Swiss deal” would have financial drawbacks and would not be a good model to replicate for the UK and its powerful financial services industry.

In recent years, Switzerland has paid to help to integrate new members into the EU. We have also accepted EU standards on exported goods. However, we have no control over these regulations and, unlike the European Economic Area countries, we have only limited access to the crucial meetings during which working parties design legislation. If the UK were to opt for this position, it would undoubtedly reduce Britain’s influence within the trading bloc.

Immigration, of course, sits alongside the economy as the dominant issue in this debate. Part of the Swiss trade “deal” is a commitment to accept EU rules and regulations, including free movement. Switzerland voted to restrict immigration in a referendum in 2014 and is now negotiating a mutually acceptable safeguard clause with the EU. This is challenging, because the EU considers free movement one of its core principles.

It therefore seems very optimistic to me for Leave campaigners to suggest EU member states will simply grant the UK full access to the Single Market while allowing you to opt out of free movement. Countries wishing to enjoy the economic benefits of accessing the EU internal market are expected to adhere to the common rules on which this market is built. No one knows what sort of terms Britain would have to accept if it left the EU, but past experience tells me that the outcome Leave campaigners have outlined is an unlikely scenario.

In fact, Switzerland does not have a “deal”, it has around 120 bilateral agreements with the EU. Negotiations took several years to complete – more than the two years which the UK will have to renegotiate its relationship with the EU, according to Article 50. Given the complexity of the Swiss bilateral agreements, it isn’t clear that EU member states would be willing to replicate this structure with another country.

If the UK wants to retain access to the Single Market, the European Economic Area, working alongside allies in Norway, would be the natural place from which to minimise damage to the UK economy. However, both the UK and Norwegian governments have warned of the constraining implications of this so-called “Norway model” when compared to full membership of the EU and its Single Market.

My sense is that, just like Switzerland, the UK currently has a unique deal which fits its specific situation and ambition. And just like Switzerland, the UK has proven it can negotiate to secure an even better deal – in the British case, by adding protections as a non-euro state to the opt-outs from Schengen and other justice measures, while retaining full access to the internal market.