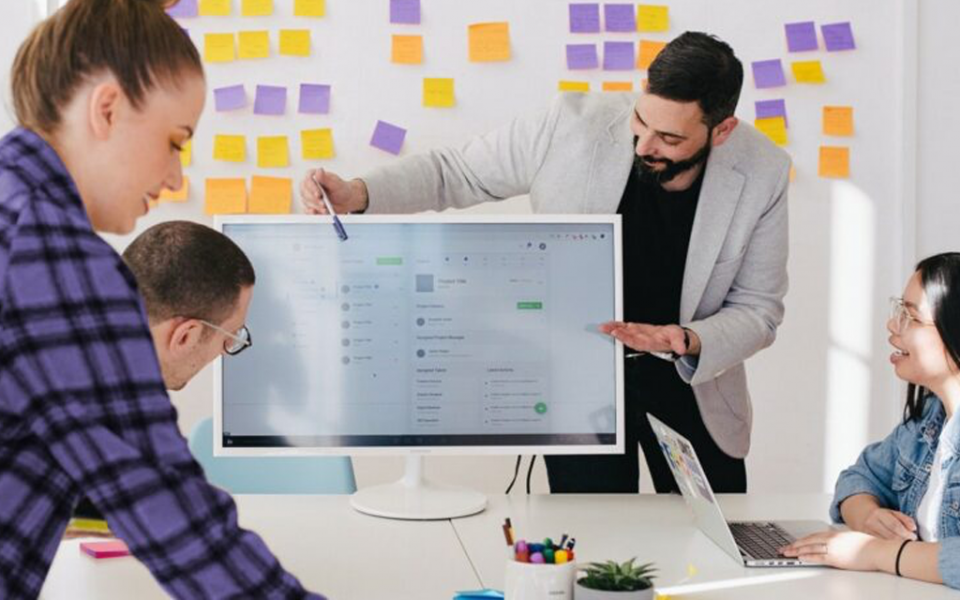 The need to invest in the skills of the future is among one of the five areas of focus in a recently published report by the Covid Recovery Commission.

The commission is an advisory group and policy panel studying the impact of the Covid-19 crisis on businesses and innovation. Its ‘Building Back Together’ report, which outlines how organisations can work harder and better on the other side of the crisis, was published on 27 April.

Why it’s time for employers to invest in skill development

According to the Commission’s report, by 2030, about five million workers in the UK will be lacking basic digital skills. On top of that, another 2.1 million workers will be under-skilled in at least one core management skill and 1.5 million will be missing at least one STEM (Science, Technology, Engineering and Mathematics) skill.

Organisations clearly need to make moves or risk having a seriously under-skilled workforce, but it’s no easy feat to face the challenges.

“The benefits are often intangible, which is often not appreciated by the more financially-minded leaders. The learning profession has an opportunity now to show the more tangible benefits of investment in learning. This is what will drive an improvement in the necessary organisational capabilities for the future.”

Achieving those capabilities requires funding in specific kinds of training and careful support of workers while they learn, and if an organisation can achieve those things, they can turn it around.
Employers also need to provide data to help inform public-policy decisions and training provisions, which could be an important learning as we recover from the pandemic.

Shifting the focus to young people

Another important finding from the Commission’s report was that upskilling needs to be offered particularly to people who were disadvantaged the most by the pandemic.

One of those groups is young people, and to illustrate how organisations can help develop young people’s skills, the report highlighted Avado’s FastFutures programme.

Built over a 10-week period last summer, FastFutures delivers a unique blend of online learning across data, digital marketing, finance and innovation. Since August, the programme has received more than 11,000 applications, and 1,000 learners graduated in December.

The next cohort began in January with 1,100 learners enrolled. Thanks to an assessment process that looks at cognitive skills and behaviours rather than background or education, FastFutures participants are diverse, with 47 per cent black, Asian and minority ethnic (BAME), 55 per cent from a lower socio-economic background, 61 per cent female, 10 per cent members of the LGBTQIA+ community and seven per cent having a disability or learning difficulty.

The FastFutures model works, and according to a case study in the Commission’s report, 97 per cent of graduates felt that their employability was increased. Thirty-four per cent are being selected for more interviews, and 20 per cent have already found jobs.

We estimate that 50 per cent of FastFutures graduates will be working within six months of their graduation, and we hope to help 10,000 people upskill before the end of this year.
Employers have also worked to recruit more than 1,000 mentors, demonstrating that the programme is great for employee engagement.

The movement towards a digital skills gap

The incoming digital skills gap might not surprise you, and it doesn’t surprise Avado, either.
But, with the BBC recently reporting that the UK is heading towards a digital skills disaster, it’s clear that more and more people are understanding the toll it could take. According to Learning & Work Institute research cited in the story, 70 per cent of young people expect employers to invest in teaching them digital skills on the job. Unfortunately, only half of the employers surveyed said they were able to provide that training.

“I believe the financial volatility since the ’08 financial crisis drove a reduction in spending in organisations on learning,” says Corbett. “Leadership development and digital skills learning, for example, were probably cut alongside a number of other learning investments. I would imagine that this never recovered properly, and then Covid arrived. By the time businesses realised why they needed great leadership behaviour and digital capabilities, when Covid hit, it was probably too late for a lot of organisations.”

Along with increasing their capacity to upskill their employees, organisations also need to consider how they deliver that learning. It needs to be immersive and include technology such as artificial intelligence (AI) and virtual reality (VR). It also needs to be flexible in terms of both location and time. Combining all of these elements will help change learning, creating both tangible and commercial benefits.