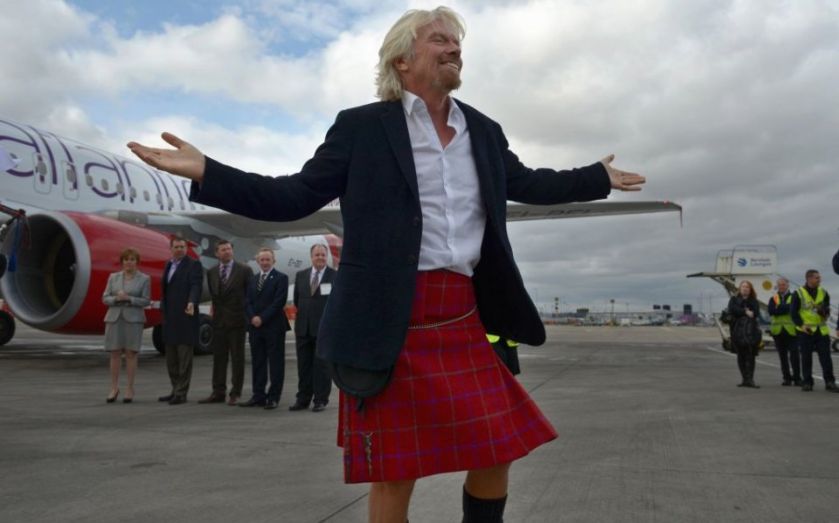 It was only a year ago that Richard Branson was prancing around in a red kilt at the launch of Little Red, his domestic airline for the UK, which was designed to provide competition after British Airways owner International Airline Group acquired BMI.
Since its launch, though, Little Red has been dogged by rumours of low passenger numbers and even lower revenue.
And even though in May, Virgin Atlantic chief executive Craig Keeper insisted rumours of its demise had been “greatly exaggerated”, at the weekend its future became uncertain.
If Little Red does end up in the great airport in the sky (along with Boris Island?), it won’t be the first time one of Branson’s enterprises has ended badly. His success hasn’t come by accident: he’s built his empire on a principle of experimentation, which comes – inevitably – with both successes and failures.
Here are the ones that got away… 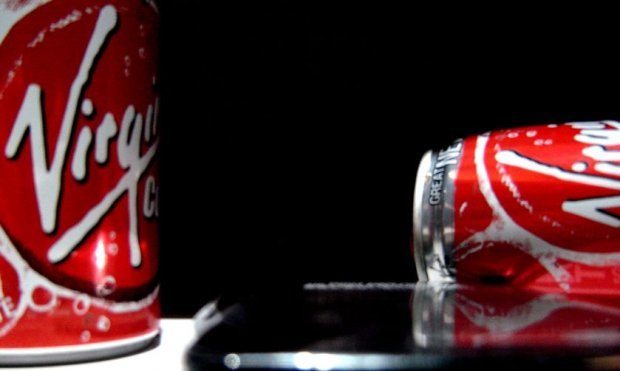 Anyone of a certain age will remember Virgin Cola: having launched it in 1994, Branson took the brand to the US in 1998, where he tried to challenge Pepsi and Coke, aka the “cola duopolists”. Its arrival in on the other side of the Atlantic was by no means subtle – on its launch day, Branson rode a Sherman tank through Times Square, crushing rivals’ bottles as he went.
Alas, it wasn’t to be: despite frequent attempts at resurrecting the brand, which included the 2000 launch of “Mini-V”, a caffeine-free version with 30 per cent less sugar (which Branson spent £3m advertising), it was quietly withdrawn from sale at Asda, one of its last major stockists, in August 2009.
A month later, manufacturer Silver Spring went into administration, and production and distribution ceased in the UK. While Silver Spring itself was resurrected by a private equity company, “we took the strategic decision… not to take over the Virgin contract”, a spokeswoman said at the time. Probably a wise choice.

Technically, Virgin Megastores isn’t a write-off – it still has locations in the Middle East, including six stores in Beirut. But it’s a shadow of its former self, having ceased trading in the UK, France, Germany, Ireland, Spain, the US, Canada, Australia and Japan.
Virgin Megastores’ demise was perhaps the failure Branson took most personally – his first business, a record shop, was launched in 1970 in Notting Hill, and in 1971 he opened the first Virgin Records shop at 24 Oxford Street (which is now a Lloyds).
Having battled fiercely against the might of HMV, by the mid-2000s, iTunes had become Virgin Megastores' biggest competitor, and in 2007 it was the subject of a management buy-out, during which it was rebranded as “Zavvi”. A year later, even that couldn’t cope, and in February 2009 Zavvi closed all its stores, putting an end to Branson’s first major venture.

Having shaved and donned a nice lacy number for its launch in 1996, Branson launched Virgin Brides as a London boutique selling designer frocks, which then expanded to Manchester. But it turned out brides didn’t want to buy their frocks from a store whose name read like a bad pun, and in 2003 the London shop was closed, followed by the Manchester store in 2007.
Hilarious to the end, in a blog last year Branson quipped Virgin Brides failed “because we soon realised there weren’t any”. Now there’s a man every girl dreams of buying her wedding gown from…

Another indication Branson doesn’t quite “get” the female market came during the brief life of Virginware, his foray into ladies’ underwear. We’ll be honest: things started badly when he made the slightly odd decision to hire Steve Richards, former Manchester United merchandising director (and almost definitely not a secret pants expert), to head it up.
The brand was sold through standalone stores and online retailers like Figleaves.com, and was designed to fill the “gap in the market” between expensive lingerie brands and high street stalwarts like Topshop.
Not surprisingly given its leadership, Virgin Ware collapsed into administration just three years after its launch.
Administrator Hodgsons was left in the rather awkward position of being stuck with 35,000 Virgin-branded pairs of knickers, bras, g-strings, basques and bikinis, prompting it to launch a £2m fire sale. Sounds pretty pants…