Why the misguided war on alcohol is bad news for London 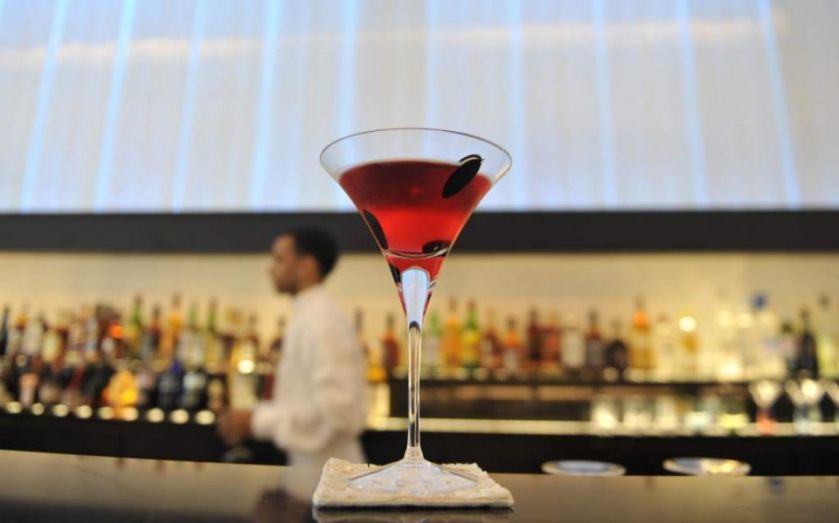 We are at a crossroads. With the Night Tube held up in negotiations, a new report from the Institute of Alcohol Studies (IAS) – which claims that alcohol is placing an unnecessary strain on emergency services – is now being exploited by those who want to see a reduction in pub, bar and club licensing hours and opening times.
Over the past few years, there has been an increasingly shrill debate about alcohol. It emerged in health policy circles but has now converged with discussions around policing, licensing and cities. Alcohol, like tobacco and sugar, is in the firing line and, when police discuss it at a local level, the term “alcohol-harm” is often the one used. Few mention the history of civilisation and the role alcohol has played in commemorations, births, weddings, celebrations of all kinds, or Plato’s Symposium, or any other reference. Instead, we only hear negative stories.
Cuts to policing have indeed placed significant pressures on the force. However, targeting the night-time economy is not the right solution. In the IAS report, a “police sergeant” makes all sorts of claims and subjective statements, such as “all-night drinking has… changed the face of the UK for the worse” with “non-stop fights” all night in the city and then “domestics… when they get home”. All police time, he argues, is taken up dealing with the “fallout from the night-time economy” and they no longer have time to “catch burglars”.
Read more: The UK economy needs more clubbers
What is not mentioned anywhere in the IAS report is that, in the 10 years since the Licensing Act came into force – which allowed for more flexibility in pub, bar and nightclub opening times, and potentially 24-hour drinking – there has been no evidence of the emergence of a new, violent “binge drinking Britain”. In fact, according to research by the Institute of Economic Affairs’ Christopher Snowdon, since 2005, per capita alcohol consumption has fallen 17 per cent, rates of “binge drinking” have decreased (with the biggest drop among 16-24 year olds), the rate of violent crime has plummeted by 40 per cent, and alcohol-related A&E admissions have remained flat. Rates of teetotalism are now as high among 16 to 24 year-olds as they are among pensioners.
Of course, being abusive or violent is unacceptable – whether the individual has been drinking or not – and when health workers or the police come into contact with the nastier varieties we can all understand that it is unpleasant. However, it is important to ensure we have a sober debate about the reality of our streets and social life today. Back in the 1980s when I first started going out, there were raging battles in the streets after 11pm pub closing time. These days, young people are more likely to be tweeting about their ginger blossom-induced non-alcoholic cocktail while trying various international street food samples at a pop-up experience.
The reality is that most venues do not operate anywhere close to a 24-hour license regime and many only opened for an extra hour when the Licensing Act was introduced 10 years ago. In fact, we need more flexibility in licensing, as so many venues have come under pressure, particularly in London. Unlike in forward-looking cities like Paris, Berlin and Barcelona, where you can order a croissant and a glass of wine at six in the morning without riots ensuing, having a “curfew” time in Britain – with most venues closing at the same time – puts pressure on all sorts of resources.
Read more: Here's how much alcohol abuse costs the economy
Rather than trying to blame a sector because of the fear of cuts, it would be more beneficial if London and other cities across the UK had a forward-thinking discussion about how night-time economy entrepreneurs can work with police, transport services, housing authorities, and agencies responsible for tourism to shine a light on the UK as a beacon for choice and excellence. Other cities are doing exactly this. I recently spoke at a conference in Washington, DC entitled “Music Cities”, where US under-secretary of transport Peter Rogoff spoke of the essential nature of the night-time economy and the importance of everyone working together.
For the benefits of a vibrant night-time economy have been widely seen and understood elsewhere. From Nashville and Austin, to New York and Melbourne, cities are enhanced both culturally and economically by this creative industry. An economic assessment of the night-time economy in Yarra, Southern Australia found that the ratio of benefits to costs was an impressive three to one.
So let’s not put the best and brightest off relocating to London by demanding a step back to 1950s Britain. We need the business visitors and tourists that – combined with our own residents – engage in 300m visits per year to night-time establishments across the UK. We need the rich cultural and economic creativity these establishments have helped forge, from the Beatles to Tinie Tempah and Adele. If people behave illegally, they should be punished by the law, but we should not exaggerate the extent of the problem and should allow the night-time industry to play its role in dealing with it. We know what a city looks like without a night-time – it’s called Detroit.
Fortunately, the mayor of London has backed the creation of a night-time economy champion, who will be able to navigate some of these thorny and tough discussions. We are in discussions with the mayor’s team and have engaged Mirik Milan, night-time mayor of Amsterdam, and Lutz Leichsenring of Berlin’s Club Commission in a dialogue about what works well in their respective cities to help inform decisions in London. This is an important moment for the future of London and the whole of the UK.