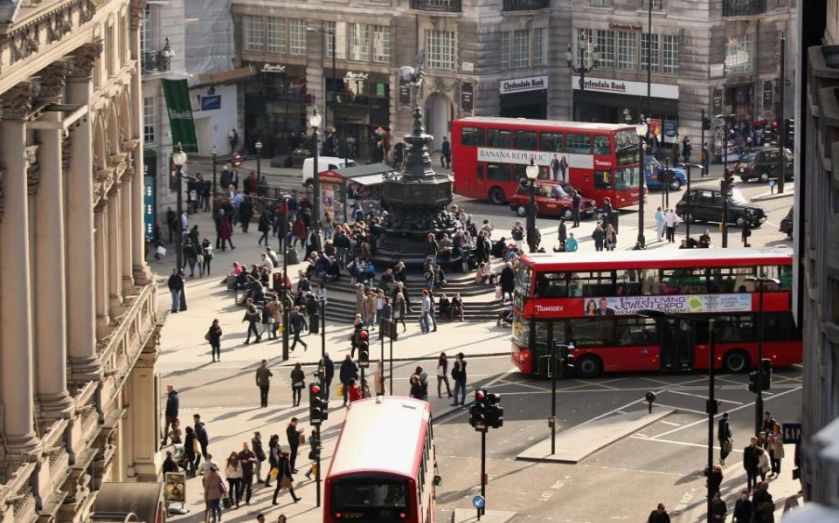 One thing underpins Britain’s economic recovery more than anything else: the resilience and potential of London’s economy. While the capital’s financial sector was first to feel the pain nearly a decade ago, London has also led the UK’s economic fightback – attracting global investment, growing employment and pushing up living standards.We are the world’s favourite tourist destination, the global retail capital at the heart of the planet’s financial system. London is number one, and if it’s the UK’s greatest economic asset, the West End is its beating heart.We do not need to “rebalance” our economy: it’s not a choice between retail and financial, for us it’s both – the West End’s offer of world-renowned stores just metres from fantastic green parks, theatres, palaces, museums and restaurants is one of the reasons why so many of the world’s leading bankers and traders want to be based here. And with them comes the investment in professional and property services which add so much to our economic strength.But to stay ahead we need to stay nimble: modernising our proposition to the world’s tourists and investors. There can be no relaxation; Paris, New York, Berlin, Shanghai and so many other cities would love nothing more than for us to conclude our lead was secure.That is why New West End Company pressed the government to devolve powers to alter the rules on Sunday trading to London’s mayor following a very successful pilot during the 2012 Olympics. Last week, the chancellor announced he planned to do just that, opening up the prospect of a sustainable increase in business and greater employment.We do not need a free-for-all to bring benefits – simply ending all regulation might increase costs for retailers for limited returns. Our view is a targeted extension of hours in London’s international shopping areas, in the West End and in Knightsbridge, is the best option. An extra two hours of trading on Sunday would boost Central London businesses by £260m each year and provide over 2,000 additional full-time retail jobs.Our research, carried out by Volterra Partners, also found that, together with the launch of Crossrail, the potential extension of Sunday trading hours could lead to an almost 100 per cent uplift in West End turnover, climbing from £8.8bn in 2014 to an estimated £16bn by 2025.Today we force too many international visitors to choose between the British Museum or the National Gallery and taking a trip to Harrods or Selfridges. Extending shopping hours by just another 120 minutes would make many more people able to see the sights and the stores.But this one change is not enough. At New West End Company, which represents the businesses of Bond Street, Oxford Street and Regent Street and the surrounding streets, we have just published our Charter for Growth and, while one of our top business priorities is extended Sunday trading, much more needs to be done if London is to keep its global lead.High-quality public transport is vital for London and, with Crossrail coming, this is the moment to signal that enthusiasm for major infrastructure projects is undiminished. Airport expansion is the key test for government and the recommendation of the Davies Commission was clear. Let’s get started at Heathow and, if Gatwick thinks it can also support an additional runway, it should get the chance to prove it.Crossrail 2 promises to tackle congestion and open up new opportunities for development in the Lea Valley, and we should be building it as soon as we can, while ensuring that the planning system maximises the economic potential it and other infrastructure development can bring. This is not a choice between preserving heritage and enabling development: the Crown Estate’s Regent Street project, which preserved frontages and modernised floorspace, shows we can do both.We can bring that winning combination to Oxford Street with better retail and office spaces, more room for pedestrians and access to green space, if we are brave. One essential step will be to secure year-on-year reductions in traffic levels: too many buses and taxis are taking too long to get from one end of the street to the other, adding pollution to frustration for many.We should ensure the traffic we do have is cleaner: concentrating electric buses on routes across the core West End and accelerating the creation of the mayor’s ultra-low emission zone to get old and dirty diesel vehicles off the roads. Radical reductions in traffic will improve air quality – we must reinvent the West End as a place for people not traffic.We need financial freedom too. The “Northern Powerhouse” and the drive to decentralise decision-making to the north should not obscure the need to do the same for London. Above all, it is time our city was given a bigger share of the taxes it pays.