Why London Fashion Week is a marketing masterclass 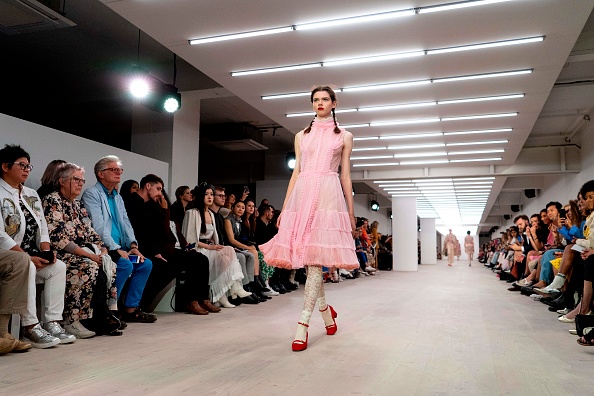 Despite being on our doorstep, London Fashion Week – which begins today – can sometimes feel like a strange spectacle from another world.

But after many years of Getty Images capturing the show (and its participating brands adapting to a transforming industry) as the official supplier, it’s clear to me that London Fashion Week is actually a masterclass in marketing.

First, it demonstrates how a balance can be struck between accessibility and desirability – a central challenge to the modern luxury market.

Exclusivity was once a requirement of luxury fashion, but digital channels have lifted the curtain and challenged brands to think of new ways to keep the allure alive in an age of democratised fashion.

Gucci rose to this challenge magnificently in 2017 with an irreverent, meme-led campaign marketing its Timepieces collection. This year, London Fashion Week itself is the first of the “big four” global shows open to the public.

The industry is also at the front of the pack when it comes to using visual content to connect with consumers. Stock shots of models walking the runway once dominated publishers’ coverage, but photographers and videographers are now everywhere – front of house, front row, on the streets, at the parties and capturing sponsor events – effectively giving audiences at home their own backstage pass to the show.

And some fashion houses are taking this one step further by laying on immersive events for attendees – such as Anya Hindmarch’s giant red maze, celebrating the launch of her new Postbox bag.

Finally, Fashion Weeks demonstrate the need to be authentic in any “purpose-led” campaigning. The events shine a light on the industry, exposing it to intense scrutiny, so brands choosing to differentiate by focusing on “purpose” must be beyond criticism.

We can all think of those that have got it horribly wrong, but for each of those, there’s a Stella McCartney – who has long used Fashion Weeks to showcase her sustainable credentials.

McCartney can do this because she’s long practised what she preaches in the production of her clothing – to the extent that climate change activist group Extinction Rebellion partnered with her brand this summer to promote its Winter Collection, a phenomenal endorsement.

London Fashion Week is ultimately a marketplace. For every feather and five-inch heel, there’s a savvy marketing strategy – and a lesson to be learned by brands from every sector.