Robert Stammers
Robert Stammers, CFA, is director of Investor Engagement for CFA Institute. Stammers has authored over 100 articles on various financial and investment topics for such investment periodicals as Forbes and Investopedia. 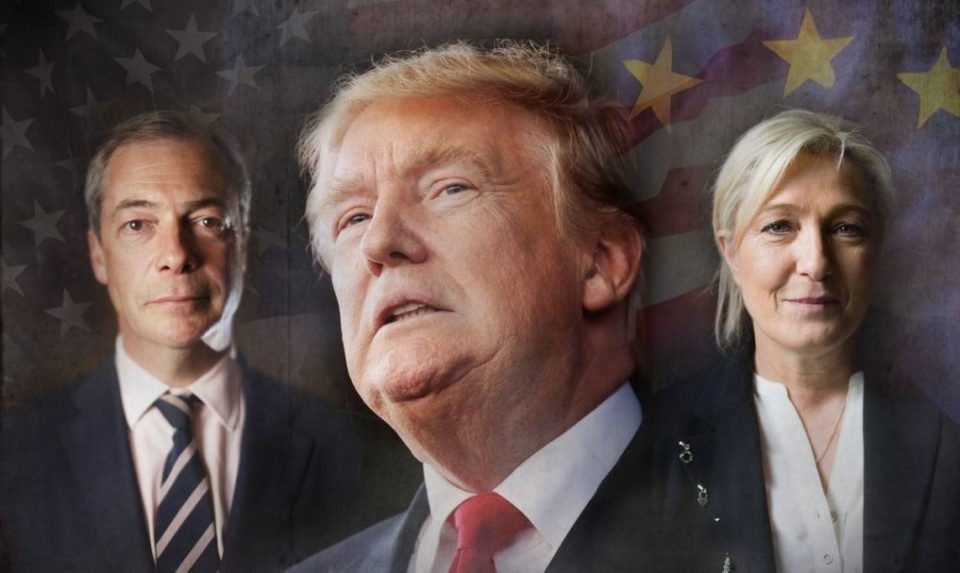 For a better understanding of how the rise of populism, a reduction in the size of the middle class, and a decrease in social mobility could affect the future of the investment management industry, we spoke with Giuseppe Ballocchi, CFA.

In the interview, Ballocchi examines what populism is and explores globalisation, the role of government in investment management, and how the industry can benefit society. He has a unique perspective on these issues, particularly on Brexit and its effect on the markets.

CFA Institute, the global association of investment management professionals, is joining securities regulators and other IOSCO members from six continents to raise awareness of investor education and protection during World Investor Week 2017, 2-8 October.

These issues are anticipated in a ‘Parallel Worlds’ scenario, part of the “Future State of the Investment Profession,” in which four scenarios detail how the future of investment management could unfold.

A member of the Future of Finance Content Council, Ballocchi is a money manager specialising in derivative strategies. He is a partner at Alpha Governance Partners, a provider of high-end fiduciary governance services, and teaches at the University of Lausanne in Switzerland. He previously served as head of financial engineering and risk analytics at one of the largest private banks in Switzerland; as the CIO at Olsen Ltd., a fixed-income manager at the Asian Development Bank in Manila, the Philippines; on the board of CFA Institute; and as president of CFA Society Switzerland. Trained as a physicist, Ballocchi also worked at CERN.

CFA Institute: To what degree do you think populism played a part in the Brexit vote result?

Guiseppe Ballocchi, CFA: First, we should be very careful in the use of the word ‘populism’. It can have a negative connotation, akin to demagoguery, which the Greek philosopher Plato identified as the key risk to democracy, leading to its corruption. However, it also means, according to the Oxford English Dictionary, “The policies . . . which seek to represent the interest of ordinary people.”

The path to globalisation, while raising people out of poverty, and reducing inequality among nations, is arguably increasing the wealth gap in developed countries and making it more difficult for the middle class to sustain itself. The key challenge is to ensure that globalisation, technological innovation, and finance are for the ultimate benefit of society as a whole, and that citizens see it that way. The “Future State of the Investment Profession” promotes a move to creating a true finance profession, one that is trusted, value-focused, ethical, and sustainable. One that can benefit society through a clean license to operate. In the investment world, this implies that the investment profession must put investors first.

The Brexit referendum is an interesting case study, as many of the mechanisms at play there can also be found in other countries, even outside of the European Union. Indeed Brexit voters comprise parallel worlds, ranging from the ‘haves’ — largely successful professionals with a global footprint, whose careers and wealth have been boosted by the forces of globalisation — to the ‘have-nots’, who experience, or fear, a reduction in their living standards and ability to find jobs. In the past, parallel worlds existed, but with limited interaction. Technology and global supply chains have coupled parallel worlds rather tightly, exacerbating the clash between the fast pace of technology and the much longer time that human behaviour and culture require to adapt to change.

Your Enterprising Investor post on Brexit and currency risk details the risks that come with increased globalisation and cross-border trade. What should investors do to protect themselves from unexpected risks due to globalisation and the challenges detailed in the Parallel Worlds scenario?

It requires fresh, out-of-the box thinking to deal with investment risk. This is because the scenario is quite different from the geopolitical conditions that have prevailed in the last few decades with nation states increasingly espousing the merits of globalisation and increased international cooperation, with the United States being the global leader. Under this scenario, we are much more likely to face geopolitical uncertainty and sudden volatility, as well as the risk of politically motivated financial repression. The latter arises when debt-burdened governments attempt to whittle down their debt at the expense of savers.

This is why it is essential to be good students of history and its lessons over the centuries and not just rely on quantitative models. Legal and country risk are going to be important considerations to ensure asset safety and access to liquidity. Diversification is going to be part of the answer, but most likely, across extended dimensions.

Investors should be mindful that populist sentiment under the Parallel World scenario can create new risks arising from scepticism or outright hostility to investor activities. To manage these risks, it is essential that asset owners as well as their investment managers engage with society and articulate how what they do is beneficial to all of society.

Whether through real or financial assets, investors are progressively acquiring a global footprint. Why is the concept of a single reference currency that underpins traditional wealth management no longer sufficient? What should investors in this situation do?

I would add that the global footprint is acquired also through human capital, global liabilities, and financial objectives. In examining how people with a global footprint should manage currency risk, I find it necessary to revisit the function of money as a store of value, a unit of account, and a medium of payment, and to take a fresh look at the concept of risk in light of geopolitical changes.

This approach leads me to abandon the notion of a single reference currency in favour of a customised basket of currencies representing liabilities and financial objectives. If financial objectives cannot be modelled in currency terms, which is the case for a number of wealthy people with a global footprint, I would recommend diversifying currency risk by adopting a global currency basket, including some gold.

Does the future present a borderless world where people, ideas, and capital move freely? Or are we facing a big step back in the value of globalisation?

My hunch is that although there will be obstacles, globalisation is not going to be stopped, but it will be modulated in line with local cultures. Therefore, it will not be any longer just the spread of Western concepts. In finance, I expect more and more contributions from other countries. People will have multiple affiliations based on shared values and transcending national boundaries.

However, in the Parallel Worlds scenario, people with a global mindset live alongside others with very limited knowledge outside of their local environments. This causes serious challenges. I believe that if we fast-forward to the future, the strongest affiliations are more likely to come from willing choice, rather than by the accident of birth.