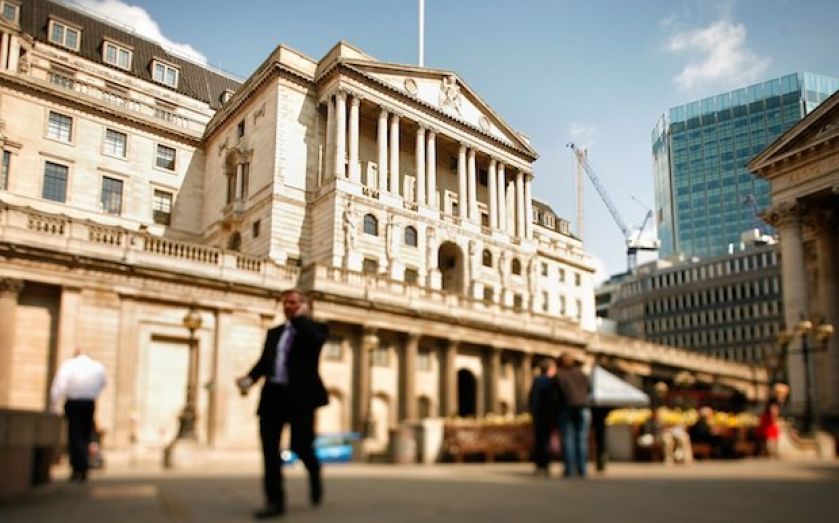 THE SURPRISE fall in the annual inflation rate in October to 2.2 per cent on the consumer price index and 2.6 per cent on the retail price index is obviously welcome news. However, it’s too soon to be complacent. It also reminds us that inflation has been consistently above the Bank of England’s 2 per cent target since December 2009.

This is not just an academic question. A direct consequence has been the cost of living crisis that has enveloped recent political debate. The fall in real wages of approximately 9 per cent since the credit crunch is one of the key reasons why the UK economy has yet to return to its previous level of output. Despite the current boom, we still have around 2 per cent to regain.

And despite claims to the contrary, Britain is not facing a similar situation to the Eurozone. The latest euro-area reading showed a consumer inflation rate of 0.7 per cent, leading the European Central Bank to cut interest rates in response. Further evidence emerged from Portugal yesterday, where prices have remained unchanged for a year. The European inflation experience is quite different to that of the UK. While the latter may be seeing falling inflation (for now), more and more nations in the former are actually seeing falling prices due to a drop in demand.

What else accounts for the UK’s situation? Much of UK government policy can only be described as inflation-friendly. While transport prices fell by 1.5 per cent between September and October, fuel duties have long added to the cost of petrol at the pump. Green levies on domestic gas and electricity bills have contributed to rising energy costs. And they have not only pushed prices higher directly, but also indirectly through their effect on business costs.

Whatever the merits of the policy, the coalition government opened a new front last year, by raising the maximum fee for undergraduates at university. This led to the cost of education rising by 19.1 per cent in October 2012 – such a large move that the overall consumer price index rose by 0.32 per cent there and then. The effects of the tuition fee rise continue. The cost of education rose by a further 8.2 per cent in the year to October 2013. The only reason this is reported as helping the annual inflation rate to fall now is because, although high, 8.2 per cent is lower than last year’s 19.1 per cent.

This doesn’t even mention the loose monetary policy of the Bank of England, currently tied into base rates at 0.5 per cent (through forward guidance), and the Funding for (mortgage) Lending scheme. As the economy heats up into 2014 and 2015, we may face higher domestic inflationary pressures but with a nuance. This time, even inflation at our target may leave us increasingly uncompetitive with our peers in Europe. And unless wage growth turns upwards, real wages could keep falling.

Sadly, there is little sign that the government will wean itself off policies which raise our inflation rate. And there’s little chance that the Bank of England will change direction.

Shaun Richards is an economist and writer for Mindful Money. www.mindfulmoney.co.uk