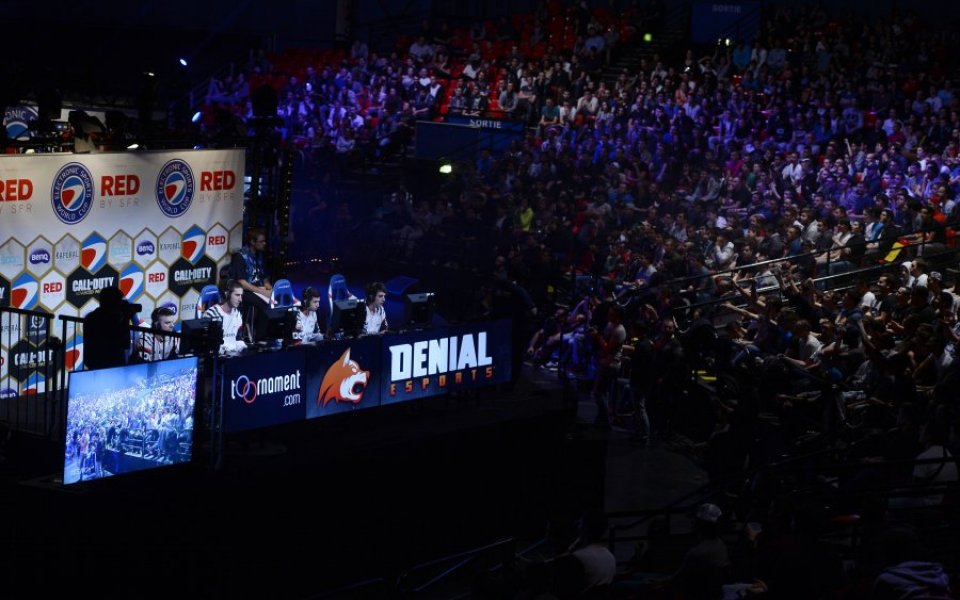 Last month, the best-performing media release of the year was revealed. It wasn’t Spectre, Adele’s new album or tickets for U2’s latest global tour. It was Fallout 4, a game from Bethesda Game Studios, which made $750m  (£497.6m) in a single day of sales.

One of the biggest industries you may not yet have heard of, eSports is a lucrative market. Video gaming has morphed from being a solitary pursuit of teenagers in their bedrooms to the focus of roaring crowds at sold-out arenas.

This week gaming giant Electronic Arts launched its own eSports division focused one establishing eSports competitions for its games.

There are more than 700 eSports events annually. Leading games market research company NewZoo projects that the global audience to grow from 260m to 335m by 2017. Major tournaments have been largely live streamed, but coverage is now going mainstream. The BBC broadcast the League of Legends (LoL) World Championship quarter-finals from Wembley and Time Warner has announced plans to broadcast eSports on Prime Time TV in 2016. Tickets for these tournaments sell out in minutes and prize money is now dwarfing that of major ‘traditional’ sports, such as golf and Formula 1.

Brands and marketers have also taken note: Coca-Cola has started sponsoring LoL live coverage, companies such as SK Telecom and Nissan are major team sponsors and Red Bull has built a high-performance eSports lab and training facility for top players.

There is clearly opportunity here, but investors are still cautious about piling in. Many have an outdated understanding of the industry and little awareness of the fact that it is now a booming sector that is five times the size of the global record music industry (and is still growing). There is a consensus among potential investors that only a few million people are playing games globally, but when you consider that the number of active users of smart technology – where most now play their games – has reached in excess of 2.5bn, the addressable market is a remarkable five times bigger now than it was in the previous ‘gaming cycle’ (2005-2014).

Others feel it is a missed opportunity, with the likes of Electronic Arts and Activision Blizzard stocks up 50 per cent year-to-date (incidentally, Activision Blizzard’s stock remains at all-time highs, despite becoming 30 per cent cheaper when the acquisition of King Digital, the maker of “Candy Crush Saga”, was announced).

Read more: Can professional video gaming take off in the UK?

My view is that investor concerns about entering the sector are misplaced. When you consider that gamers now spend 22 hours a week playing games (up from 6 hours on average in 2013) which is fast approaching the average 28 hours a week people spend watching TV. This is nearly twice the amount of time that users spend on Facebook, a $300bn company. The entire market cap of the online gaming and eSports industry is currently around $100bn – herein lies the opportunity.

Companies in the sector are posting impressive growth. Netease, a $20bn China-based internet technology company listed in the US, is currently growing at 100 per cent per annum. It is up 50 per cent year to date and, thanks to online games sales which are up 124 per cent year-on-year, we expect it to go a lot higher after posting revenue numbers 25 per cent ahead of consensus (yes, revenues!)

The size and scope of the online gaming and eSports world remains underappreciated and provides a compelling investment opportunity. eGaming is no longer just the preserve of those with a PS4 or an Xbox and companies in the sector are poised to become media powerhouses: If there ever was a time to play the eSports market, it’s now.