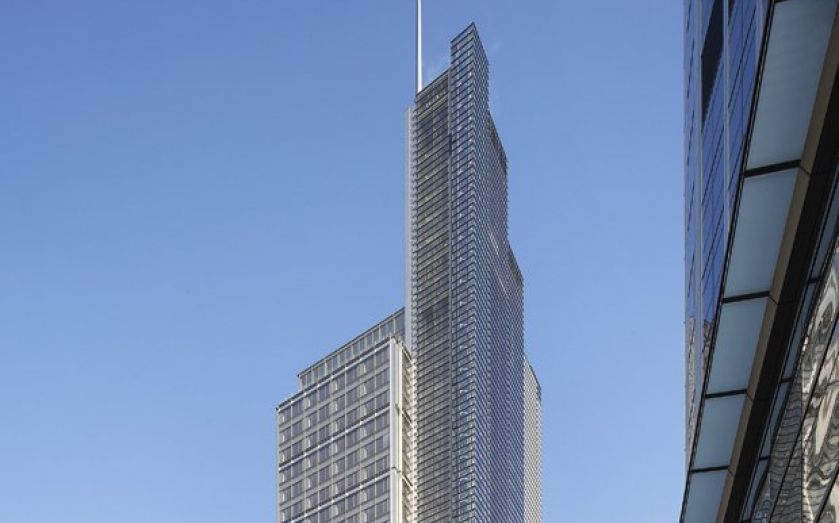 WHEN building St Paul’s Cathedral, Sir Christopher Wren is said to have erected screens to prevent people seeing his deviations from the plans until they were too late to undo. Wren knew that Londoners cared about their skyline, and that has not changed.

The proposal to rename Heron Tower, in the City of London ward I represent, to the “Salesforce Tower” is remarkable in that it forgets this. It’s tone-deaf to Londoners, and it looks like the skyline is up for sale.

Salesforce is a thriving company that is very welcome in the City, but this proposal is a mistake. I don’t blame the building’s owner, Heron International, for wanting to sweeten a tenancy deal with the re-brand. But the process has been flawed. I’m not aware of any consultation, and other tenants are opposed – in one case because they are one of Salesforce’s competitors. No-one I’ve spoken to seems to like the idea.

Hopefully, Salesforce and Heron International will realise the potential damage to their brands this spat is causing. They could withdraw the application before it comes to a public showdown at the City Planning Committee on 17 July. But this debate raises a wider question about public support for crucial development, about the future of London’s skyline, and who is responsible for co-ordinating its evolution.

While the City has a great record in managing the upward growth of the Square Mile, the approach across the capital has been more piecemeal. Skylines are protected by antiquated rules, with “strategic views” restricting construction to certain areas. But as towers cluster, there can often be unforeseen effects from other angles: 3-D modelling should be used by more borough planning committees to make decisions.

Boroughs have been busy approving high-rises, largely residential, with over 200 towers of 20 stories or more under construction or in planning. London needs more housing – council, affordable or otherwise. But while towers are part of the solution, they are not the only answer. Medium rise makes for more liveable and legible communities, while not ruining what makes London so special to us and the rest of the world. Research by Create Streets found that dense terraced streets of houses and medium-rise flats are far more popular, with only 3 per cent of people saying they want to live in flats with over 10 units in the building.

Towers have their place. The Square Mile has grown upwards over 40 years, and the City of London has carefully approved towers that deliver high quality solutions to the needs of an ever-renewing commercial centre. This is in large part due to the coherent vision the City has expressed through a longstanding planning officer. My concern with the “Salesforce Tower” is that it is indicative of a jumbled approach, when London needs a clear vision, not detached from what people want.

Last year, Grayson Perry said of London skyscrapers: “I love the way that they get daft nicknames – the hubris of architects needs tempering.” He was right. But it could be extended to the hubris of building owners trying to change names in the face of local opposition, or of London boroughs not considering the impact of their planning decisions on the capital at large.