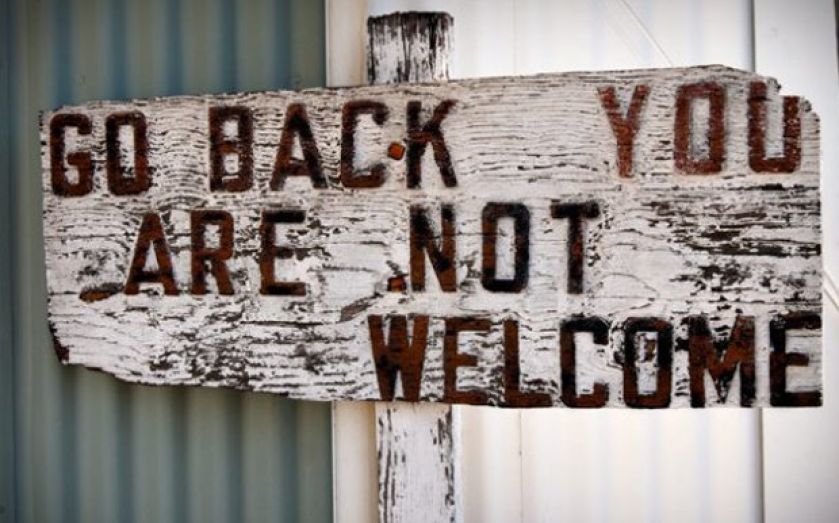 WITH events like this month’s London Technology Week, the capital has been busy prettying itself up for the global tech entrepreneurs it hopes will find the city an appealing base of operation. But noble as these efforts might be, homebuyers aren’t fooled by fresh paint when the roof has just caved in.

Such is the damage wrought by the Court of Justice of the European Union’s (CJEU) recent “right to be forgotten” ruling, compelling search engines to remove links to unflattering information about individuals in the EU. The CJEU’s decision, on the surface a victory for privacy rights, promises to do more damage to Europe’s legal institutions and business communities than the best trade show could ever rectify.

One of the decision’s major faults lies in the difficulty in determining which unflattering information about an individual, exactly, should be cleansed from the digital ether. The Court gave paltry guidance, saying that “inadequate, irrelevant, or no longer relevant” material can be removed upon request. The defendant in the case, Google, now faces the headache of making these difficult decisions, and there are a lot of them. Google announced yesterday that it has already started removing results from its search engine. In the first four days after creating an online form to request deletion, Google received 41,000 requests to remove links, at a pace of more than one request every 10 seconds. If individuals don’t get their way and appeal Google’s determinations, the headache will get passed on to the data authority in the relevant EU country.

Some deletion requests will be easy. One would hope, for instance, that a removal request made by a man who attempted to murder his family will not be honoured. Far more requests – dealing with civil judgments, embarrassing personal activities, and whatever else the population might like to forget – will sit in a vast grey zone.

Although representatives from the EU’s 28 data authorities met in Brussels this month to discuss a uniform approach to these judgment calls, the CJEU itself has said that removal requests present individualised, case-by-case questions. Germany is considering the creation of an entire new court division simply to resolve take-down disputes.

That is when, for Europe, the real problems will begin. Will the French data authority view a racist blog post the same way that England’s does? Will a German court panel think the same way about a compromising photograph as the Czech Republic data authority? In making judgments so resistant to bright-line rules, the EU’s many data authorities will inevitably come to different conclusions about similar situations.

Such inconsistent enforcement of the law is an evil unto itself, potentially leading to a continent-wide perception of unfairness. The broader effects that could flow are even more damaging. Inconsistency in legal judgments may well erode confidence in the CJEU, which, established in 1952, is still a young institution. It needs credibility to thrive, and a widespread view that one of its landmark decisions has proven impossible to enforce in a coherent manner could weaken its authority. Even worse, countries inclined toward repression and censorship could take advantage of the ruling for political ends. Whether in the EU or in other jurisdictions that use the ruling as a model, a loosely defined license to limit expression could very well serve as a repressive regime’s best friend.

Aside from its political ramifications, the decision threatens Europe’s economy – one that cannot afford to turn away business activity, particularly in the growth-oriented tech sector. And yet, the ruling does everything but erect a “not welcome” sign toward the very internet entrepreneurs that London is hoping to woo. Google has chosen to comply with the court’s decision by creating the infrastructure and employing the army of personnel necessary to make determinations on take-down requests. The Googles, Facebooks, and Ali Babas of tomorrow are today small organisations, not equipped to surmount that massive barrier to entry. Emerging companies may choose not to place their sites on EU-specific domains at all, and are much less likely to locate their operations inside the EU. It is difficult to believe that the decision has not diverted a rich stream of tax revenue, innovation, and information from the future EU.

That, in the end, may be the most damaging effect of the decision of all. And when it arrives, Londoners will know that the “right to be forgotten” is to blame.

Craig Newman is managing partner of Richards Kibbe & Orbe, and chief executive of the Freedom2Connect Foundation, a US-based nonprofit established to promote internet freedom through the use of technology.