Rebecca Fender
Rebecca Fender, CFA, is head of the Future of Finance initiative at CFA Institute. Prior to joining CFA Institute, Rebecca was a vice president at BlackRock working with pension funds and endowments, and she also worked at Cambridge Associates, where she published research about manager selection. 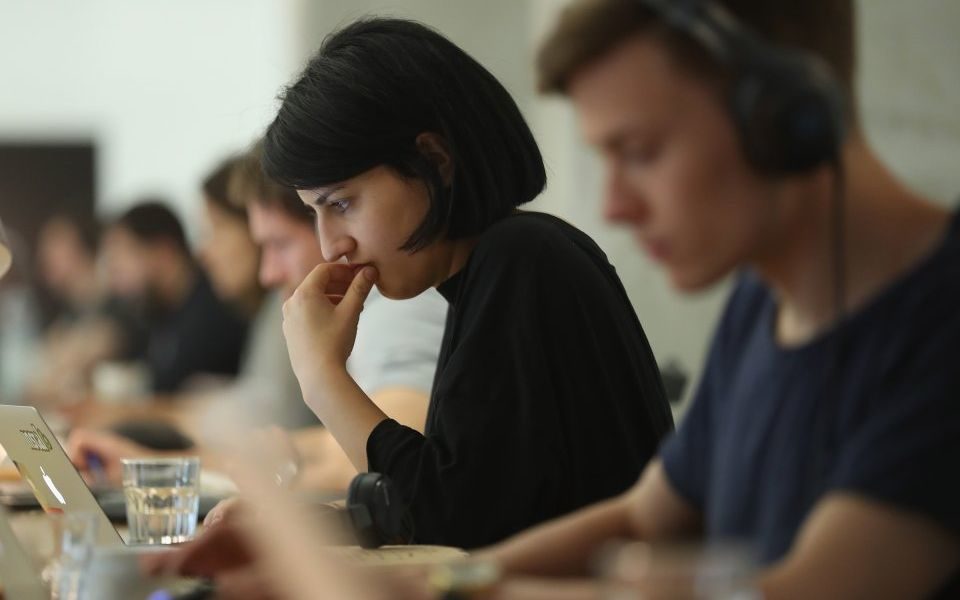 Committing to an occupation that will consume 40 or more hours each week for decades is a fairly big decision.

LinkedIn research shows that millennials will change jobs four times on average before they reach age 32, job-hopping twice as often as Gen Xers and much more than earlier generations. Each job decision has an influence on the next — opening up new opportunities and closing off other career options.

Recently, I worked on a CFA Institute Research Foundation paper to analyse how investment professionals (using CFA Institute members as proxies) consider work culture and values. Who enters the field, for what reasons, and what is important to them?

Among the questions we asked: At what age did members decide to pursue careers in finance? Four out of five respondents made the decision by 26, and one third by 22. We also examined the results by gender and found relatively few differences between men and women. Overall, the university years were critical.

The reasons to go into finance vary, of course. Aspiring finance professionals could be motivated as much by money and status as by more altruistic goals like helping clients achieve their financial objectives or fulfilling promises to pension fund participants.

But what is the catalyst that prompts the decision? We asked CFA Institute Financial NewsBriefreaders what convinced them to work in the field.

Who or what most influenced you to enter finance?*

Coursework or an interest in finance was the most popular answer, garnering 51 per cent of the 718 votes. When combined with the 4 per cent of respondents who credited a professor, clearly this demonstrates the post-secondary years are when people are ready to focus.

This intellectual curiosity drives many of the CFA charterholders I have met, and forthcoming CFA Institute Future of Finance research will look at the motivations of investment professionals and whether they consider their work a job, a career, or a calling.

There are worrying trends about the industry’s appeal, however. For example, there are signs of a brain drain from Wall Street to Silicon Valley, with more recently minted MBA graduates from top US schools going into technology careers rather than finance. In addition, wealth managers are currently finding it difficult to recruit, with one report indicating that the average financial adviser is now about 60 years old, while only 11 per cent are younger than 35. That just 18 per cent of CFA Institute members overall are women also highlights an industry-wide image problem.

Additional challenges include the popular perception of finance, which is increasingly negative, as everyone piles on. For example:

The real story, it seems, matters more, with 21 per cent of poll respondents saying that friends and family in the industry convinced them to give finance a try. Facebook scientists have recently used their data to map the frequency of children following in their parents’ footstepswhen it comes to careers, proving early influences make a difference.

Cultural expectations play a large role too, and with significant growth in the number of CFA candidates in China (about 50,000 during the last year) and India (about 20,000), this is worth consideration. Intense competition for the limited seats at top educational institutions is forcing aspirants in India to make career decisions at an increasingly younger age — typically at 14 or 15, and even earlier in some cases.

Furthermore, unlike the United States, where millennials are the first generation expected to do worse financially than their parents, the reverse is true in these markets. Finance is a field of great opportunity and is well represented among the world’s billionaires.

The least popular (2 per cent) answer was guidance from a career adviser or a recruiter. These results aside, such resources can be valuable in any stage of professional life, and the CFA Institute Career Resources are worth a look when considering next steps or even new careers.