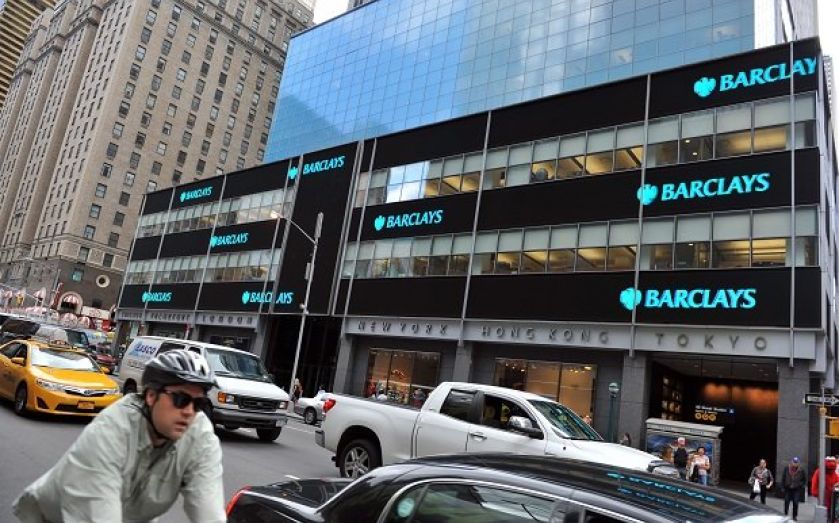 That might not sound bad – it still has £57.30 to cover all its bills and turn a profit.

But compare it with HSBC.

That astonishing contrast means Barclays pays workers almost twice as much as HSBC for every £100 of revenue they bring in. 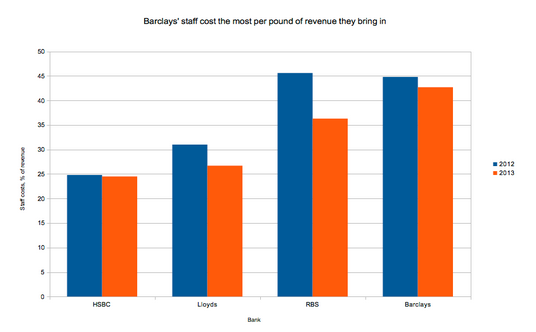 And although Barclays is unwilling to chop spending for the highest paid – as the EU’s bank bonus cap comes in it's giving chief executive Antony Jenkins another £950,000 in “role based pay”, a new cash allowance – it is, at last, getting round to cutting headcount.

The bank came through most of the crisis unscathed and, indeed, in better form than ever after it snapped up the remains of Lehman Brothers.

Only now is it really getting down to the cost-cutting that other banks have engaged in.

This chart shows Barclays is behind its rivals in shedding staff.

It is planning to cut up to 12,000 worldwide this year, one step on the road to cutting its least productive staff.

Jenkins has said he wants the ratio to come down to the mid-30s, a move which would put it on a footing with RBS, the most vigorous job-cutter since the crisis.