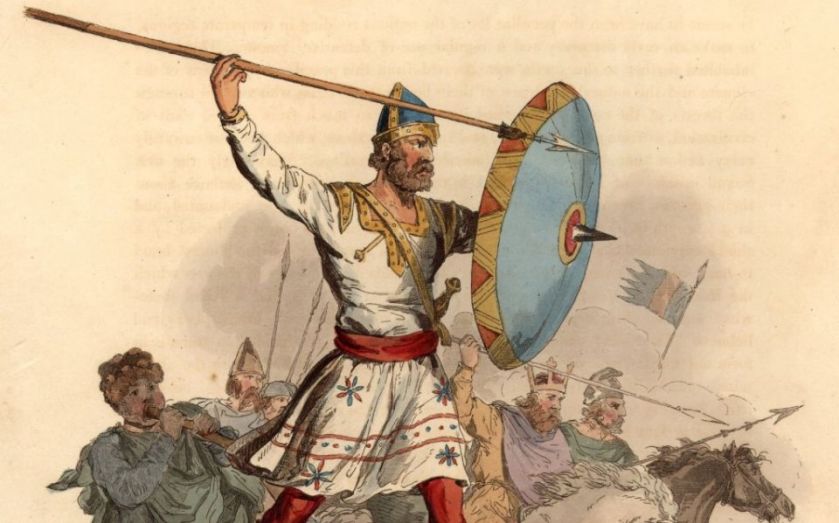 Brits are obsessed with their genealogy. A few years back a YouGov poll suggested that 28 per cent of us had tried to trace our family tree – and that was before the Who Do You Think You Are effect really kicked in.
So the news today that large swathes of the country are made of up “a single, relatively homogenous, genetic group” heralding from our time as an Anglo-Saxon community will come as bad news to those who like to think their family came over with the Normans, or possibly Romans.
The majority of eastern, central and southern England is between 10 and 40 per cent Anglo-Saxon. The  Oxford University researchers claim the study “settles a historical controversy” in proving that the fifth century people intermarried, rather than replaced, the existing population.
The study also shows that regional identities are not just in our heads – the tribal life of the UK is still alive and kicking.

As well as the dominance of Anglo-Saxons in England, there are separate genetic groups in Cornwall in Devon, with a division almost exactly along the modern county boundary.
There is no single Celtic group, with those in Scotland, Northern Ireland, Wales and Cornwall all genetically different. The Cornish, for example, are more similar to English groups than Welsh or Scottish.
The Welsh appear more similar to the earliest settlers of Britain after the last Ice Age than do other people in the UK.
Orkney islanders were the most genetically distinct, with 25 per cent of their DNA coming from Norwegian ancestors.
But there is no obvious genetic signature of the Danish Vikings, who controlled large parts of England from the ninth century.
“The patterns we see are extraordinary,” says Peter Donnelly, director of the Wellcome Trust Centre for Human Genetics in Oxford, UK, who co-led the study published 18 March in Nature. “The genetic effects we’re looking at are the result of, probably, thousands of years of history.”
Professor Mark Robinson, an archaeologist on the project from the Oxford University Museum of Natural History, added: “The results give an answer to the question we had never previously thought we would be able to ask about the degree of British survival after the collapse of Roman Britain and the coming of the Saxons.
“The genetic make-up we see is really one of perhaps 1400 years ago.”
Geneticist professor Sir Walter Bodmer of Oxford University agreed: “What it shows is the extraordinary stability of the British population. Britain hasn’t changed much since 600AD," he said.