It pays to be a Londoner. Wages are still highest in the capital, and growing at a higher pace than the rest of the country – but where are they growing fastest?

The growth is far from evenly split, even within London. Some areas of the capital have experienced a truly booming growth in earnings, as eight London boroughs have had an average pay rise of more than 60 per cent since 2000, a City A.M. analysis of figures from HMRC show. The figures represent median salaries of those living in each London borough.

Kensington and Chelsea tops the league with workers in the borough enjoying wages up a jaw-dropping 108 per cent over the time period. The median annual salary in the well-heeled inner London borough came to £37,800. 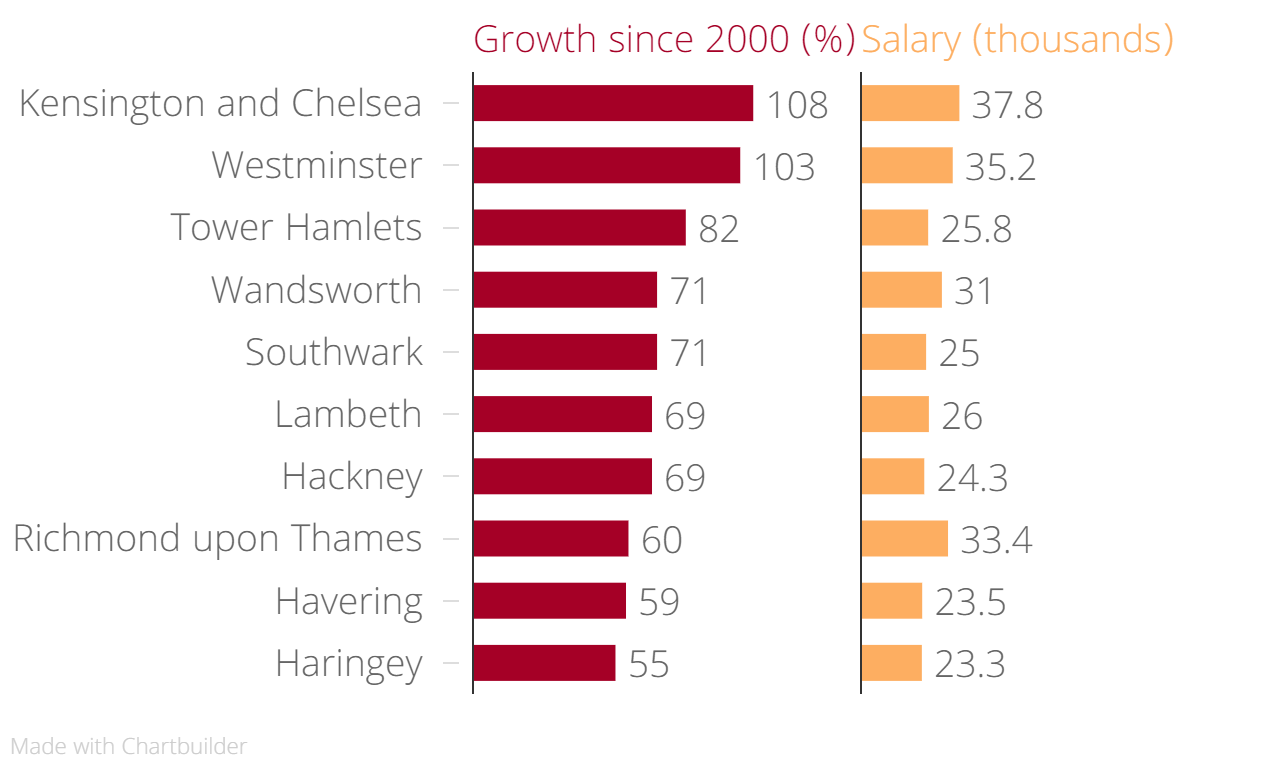 Across the UK, salaries have increased by a – by comparison paltry – 46 per cent in the same period of time.

As for where salaries are highest within London, unsurprisingly, the City of London tops the charts as the area with highest median salaries at £58,300.

It also turns out that a few miles make a big difference in your wallet. Just moving out to an outer London borough is enough to see the median salary slide by thousands of pounds.