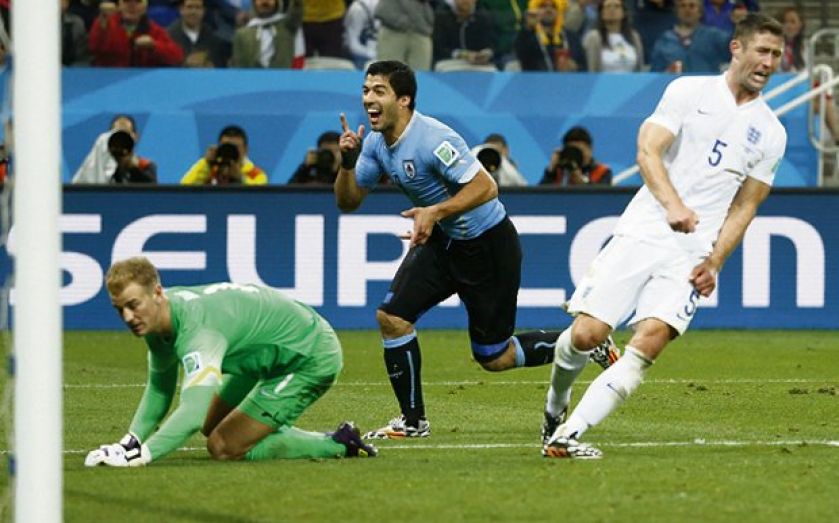 SO FAREWELL, then, England! Yet another failure by our boys at the highest levels of football. Despite their stupendous salaries, our players were once again unable to exhibit the necessary skills, a point which seems to exercise many fans of the game. Tens of thousands, if not millions, of words have been written about the purely footballing aspect of England’s World Cup exit. But one topic hiding away under this torrent is the question of incentives.

The salaries in the Premier League and Spain’s La Liga have exploded in recent years. The average annual first team salary at Manchester City, for example, is £5.3m a year, just ahead of Real Madrid and Barcelona. Even QPR pays an average of over £40,000 a week to its first teamers.

The world’s leading club trophy was recently contested not just by two Spanish teams, but by two from the same city, Madrid. Of course, there has been a large influx of foreign talent, especially in the Premier League. But native English and Spanish players in their domestic competitions not only receive huge payments, they also have their skills sharpened by competing on a regular basis with many of the world’s best players.

It may be no accident that both England and Spain massively underperformed against expectations in the World Cup. The incentives which players face are to perform for their clubs. It is the clubs, after all, that pay their wages. Indeed, from a purely financial incentive point of view, playing for your country could have adverse consequences. Why put that extra 1 per cent effort into a tackle which might save the game when you might get injured? From the perspective of the purely rational economic man, holding back makes perfect sense.

But fans seem to think differently. For them, non-material incentives really matter. The theme of pride, of the honour and privilege of playing for England, are constant refrains in the criticisms of our national side.

Stellar rewards and a sharp focus on purely material incentives have had adverse consequences in other areas of our national life. Bashing bankers has almost become a national sport in itself. But as John Maynard Keynes remarked, financial markets do perform at least one function which promotes the common weal. He argued that well-adjusted people found activities such as trading intolerably boring. Many of those successful in this area could only keep at it because of inherent psychopathic tendencies. The City, he suggested, reduced the level of violent crime by providing these people with a safe outlet for their urges.

Of course, as in so many other instances, irony was part of Keynes’s repertoire, so we will never know how much he really meant it. But his musings did contain a serious message, one which is just as relevant today. There is a growing realisation that monetary incentives are not the only things that should drive the successful. Most great innovators, for example, relish above all the intellectual thrill. It is not just the England soccer squad that needs to reappraise its attitudes.