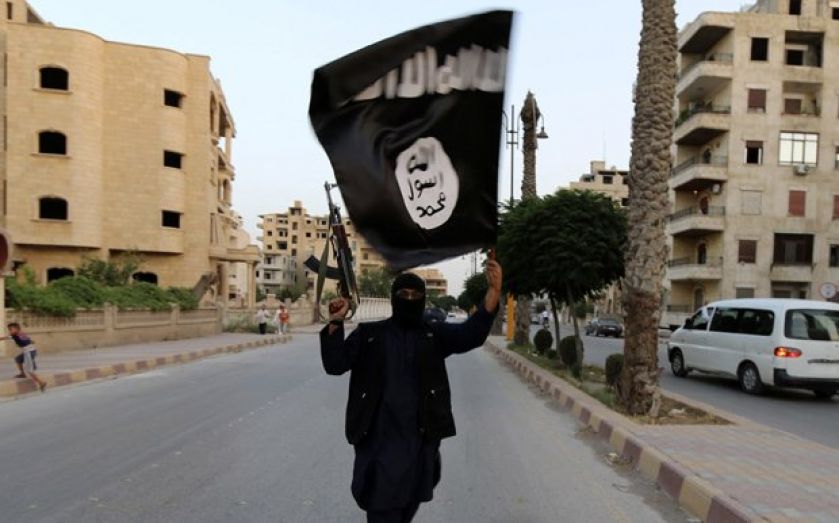 There is little doubt that Islamic State’s (IS) siege of Kobani in Syria is a gripping story. Echoing similar narratives to the Alamo and the Boxer Rebellion, a small band of brave and determined “good guys” (in this case the Syrian Kurds) miraculously seem to be holding off hordes of fanatical “bad guys” (IS).

Indeed, the Syrian Kurds are providing the much-desired boots on the ground, able to tactically follow up on the American airstrikes called in to support them. Thrillingly, and for the first time, IS seems stalled on the Syrian-Turkish border.

But such an optimistic assessment of the current Western-led war against IS – repeated in countless newspaper stories in past weeks – is wrongheaded. For it misses the larger strategic point: at present, IS is still winning the war.

As numerous American military officials have made plain, Syria is a sideshow in the conflict, important in that it amounts to IS’s rearguard, but not where the true strategic game will be played out. Iraq remains the main theatre of operations. And here the news continues to be dismal. The real story is that IS retains control of every major city it took during its stunning summer offensive in Iraq, presently adding much of the vast western Sunni province of Anbar to its conquests.

As that legendary first-class risk analyst T. E. Lawrence (Lawrence of Arabia) would grasp in an instant, what the West is trying to do in Iraq is catch lightning in a bottle, to take advantage of any organic political developments that might help it oust IS from its present commanding position.

To do this, the heart of the matter rests in wooing disaffected Sunni tribal leaders – sickened by a decade of numbing repression at the hands of the prior Shia chauvinist government of Nouri al-Maliki – turning them into stakeholders in a more inclusive, decentralised Iraq.

Difficult as Lawrence’s challenge is, former US general David Petraeus met it, and recently. During the darkest days of the American occupation, it looked as if much of Iraq would succumb to IS’s predecessor, the equally murderous but politically less adroit al-Qaeda in Iraq (AQI). Instead, Petraeus was quick to take advantage of AQI’s Achilles Heel: its laughably weak management capacity, wedded to almost unimaginable levels of cruelty.

This led directly to “The Awakening” – the rising up of disaffected Sunni tribes in Anbar against the degradations of AQI, which turned the strategic tide against the radical Islamists. Critically, America and the West did not engineer such a rebellion – rather, it was an organic political expression of Sunni anger.

While general Petraeus and his troops did not create the movement, they did successfully take advantage of what was an organic political development, working with and arming the local tribes, who then far more effectively began to turn the tide in Iraq against al-Qaeda. The elixir that transformed this strategy into gold – one that also lay at the heart of Lawrence’s earlier success – was that this positive political development was almost entirely home-grown, having real local legitimacy, and thus staying power, which is always the key to the strategic game.

But here the positives come to an end, explaining why replicating The Awakening – a prerequisite for victory over IS – will prove so difficult. For the Americans then promised the victorious Sunni tribesmen that they would be politically included in the new Iraqi government of al-Maliki. Tragically, the inept and thuggish al-Maliki made a lie of these pledges, which is why this time around the Anbar tribesmen are so suspicious of Western promises.

And here is why I categorically state that the war is, at present, being lost. The key to the whole campaign is political, rather than military. If the new Shia-dominated al-Abadi government proves itself truly inclusive and far more decentralised, there is every chance The Awakening strategy can work again; but if it is not, no number of Western airstrikes can turn the tide.

Ominously, Mohammed al-Ghabban was just appointed to the powerful position of interior minister. His Shia chauvinist political grouping answers to the Badr Brigades, an Iranian-trained militia that once ran death squads against Iraqi Sunnis. To put it mildly, it’s unlikely that this will provide Sunni Anbar tribal leaders with reassurance. It is in the West quietly pressing prime minister Abadi over central political points like this that the war will be won or lost, and not in what happens in Kobani.