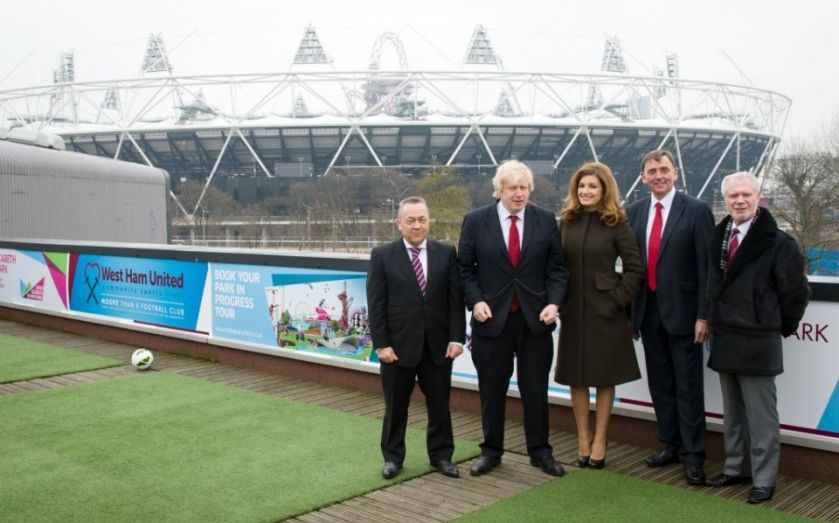 If it wasn’t so costly, it would almost be funny.
One, a prototypical English big man up front with a tendency to not be nearly as good in the air as he should be. The second, a £700m gleaming structure in the heart of the new jewel of East London, Queen Elizabeth Park.
Read more: Exclusive – Hammers reveal Olympic Stadium interior designs
And yet West Ham paid the same for both Andy Carroll and the Olympic Stadium – £15m.
The sorry saga of the Olympic Stadium is perhaps one of the more uncomfortable legacies of those extraordinary weeks now three summers ago. Yet while those memories begin to fade, anger is growing at the deal West Ham received, and the cost of renovations needed to ready the stadium for Premier League Football continue to spiral.
To cut a long story short, a failure to adequately think through the real future of the stadium when we were rushing head-long into the Olympics left the Authorities with a weak hand and a stadium they needed to get rid of – a situation that the owners of West Ham exploited, for whatever means, rather dramatically. You can’t blame the owners for taking advantage of this generous subsidy, but such a cut-price deal simply isn’t appropriate when you consider the extraordinary windfall coming the Premier League’s way as a result of a recently inked £5.14bn TV rights deal.
Read more: Karren Brady suggests Hammers would shun Spurs from Olympic Stadium
The cost of the renovation of the stadium is now surging way over original estimates and it is frankly inappropriate for the beneficiaries not to be asked to chip in. Now it has emerged that the taxpayer will even be picking up the bills for stadium utilities, security, maintaining the pitch – even the goalposts and corner flags. For this sweetheart deal, West Ham will pay rent of about what they pay a first-team footballer over the year.
There are wider questions of principle, too. As part of the deal, Newham residents will be given free tickets by West Ham to enjoy the facilities. It figures that will be focused on younger people. In theory, of course, sport is the great leveller – but how can smaller, local clubs like Leyton Orient or Dagenham playing in distinctly less grandiose surrounds and charging for the privilege compete for the next generation of fans when their next door neighbour is getting an effective subsidy from taxpayers?
Ultimately, though, what we’ve got here is a perfect example of poorly thought through public sector planning and shadowy deal-making of the worst kind. Labour’s shadow culture minister Chris Bryant is right – there has not been enough transparency throughout this process. Instead of the full picture being seen from the off, the bad news has dribbled out bit by bit; it does not take an overly cynical individual to expect that there might be more to come.
Share:
Tags: Expert Voices Olympics 2016 West Ham United