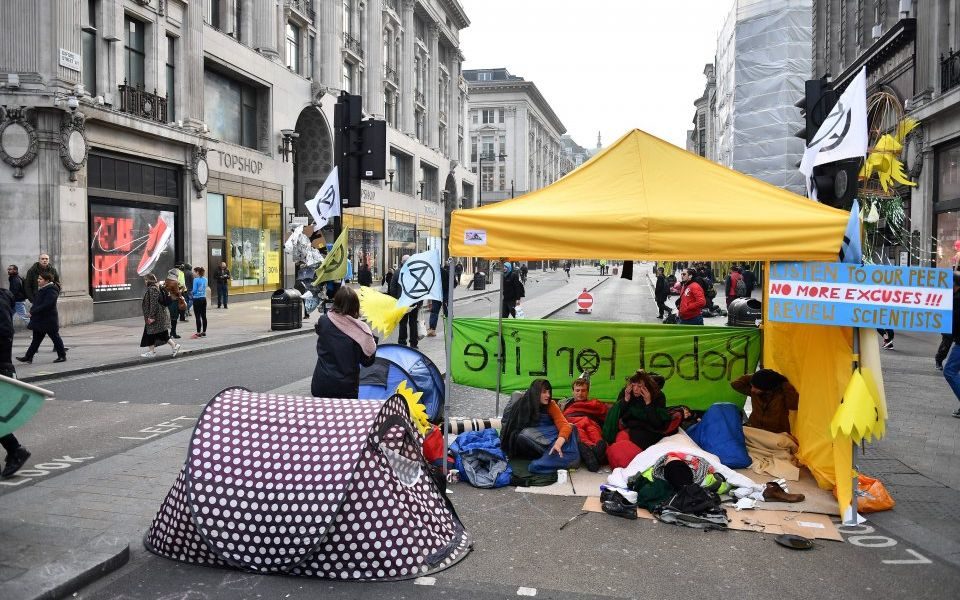 West End businesses have lost an estimated £12m in sales due to the disruption caused by climate change protesters this week.

Activists have blocked roads and set up camp at major London landmarks, which also includes Parliament Square and Waterloo Bridge.

New West End Company, which represents businesses in the area, has written to the Mayor of London Sadiq Khan urging him to “take control” of the situation as demonstrators take part in their third day of action ahead of the Easter Bank Holiday weekend.

“While we fully support the right to peaceful protest, we do not believe that it is acceptable to block, for such a long period of time, some of London’s busiest streets.

“At a time when our high streets are struggling, this additional pressure is deeply damaging to London’s economy and reputation and has so far cost West End businesses over £12 million, with some stores seeing a 25 per cent decrease in sales and footfall.”

Protesters glued themselves to a Docklands Light Railway train at Canary Wharf this morning as the group attempted to draw attention to their cause, with further protests planned for this week.