The Metropolitan Police said they were arrested on suspicion of aggravated trespassing.

Meanwhile other activists were demonstrating outside Goldman Sachs’ London office as environmental group Extinction Rebellion expands its protest into the Square Mile.

Tower Bridge has been blocked by demonstrators, who are stopping traffic in short bursts, and Transport for London (TfL) warned that the protests were causing delays on Blackfriars Bridge, Southwark Bridge, London Bridge and in Fetter Lane. 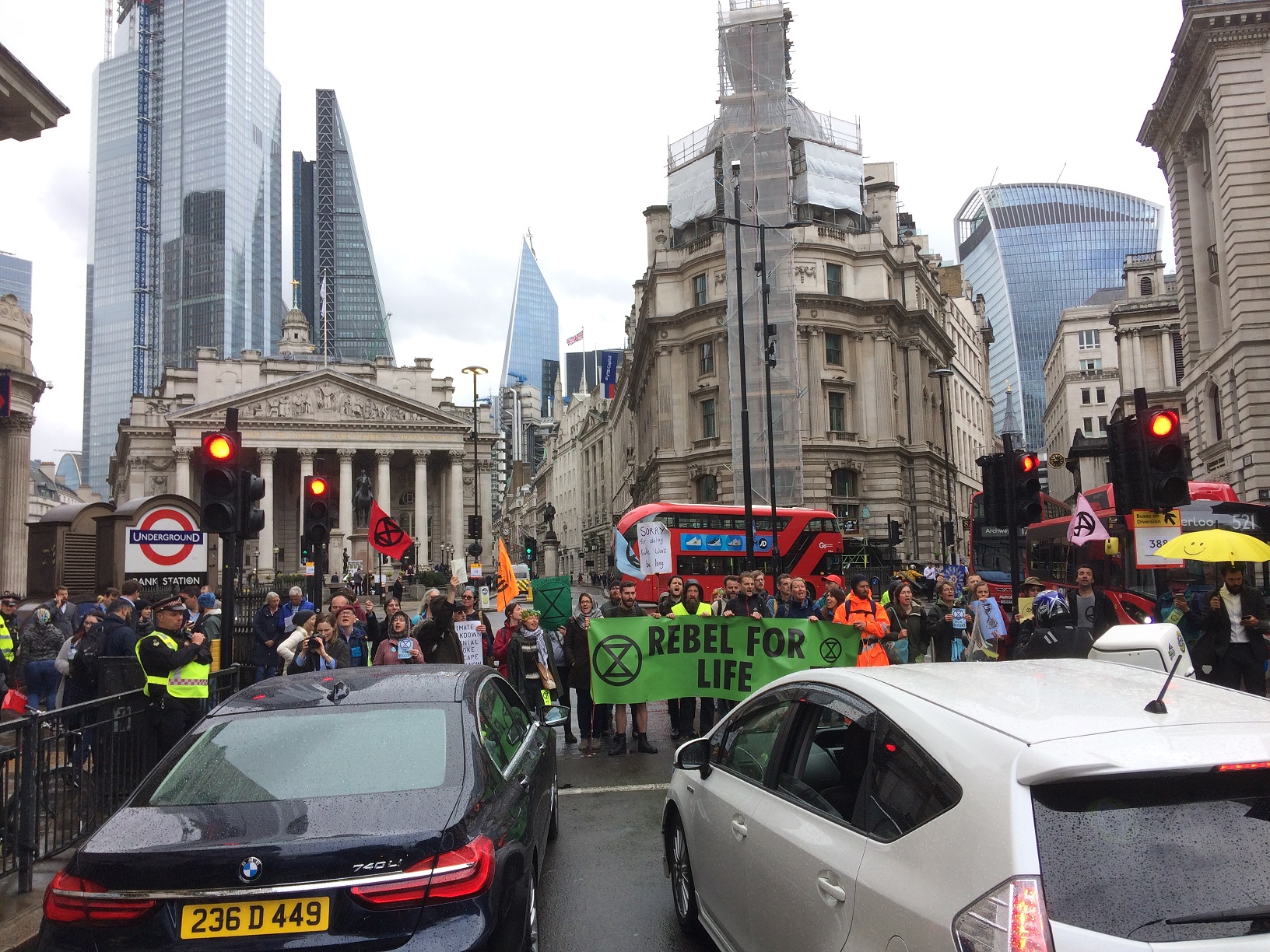 Protesters glued themselves to the London Stock Exchange this morning as they shifted their focus from London landmarks to the capital's financial sector.

Wearing black suits and red ties, the activists linked hands to block the entrance. Six other protesters had blocked the rear entrance. 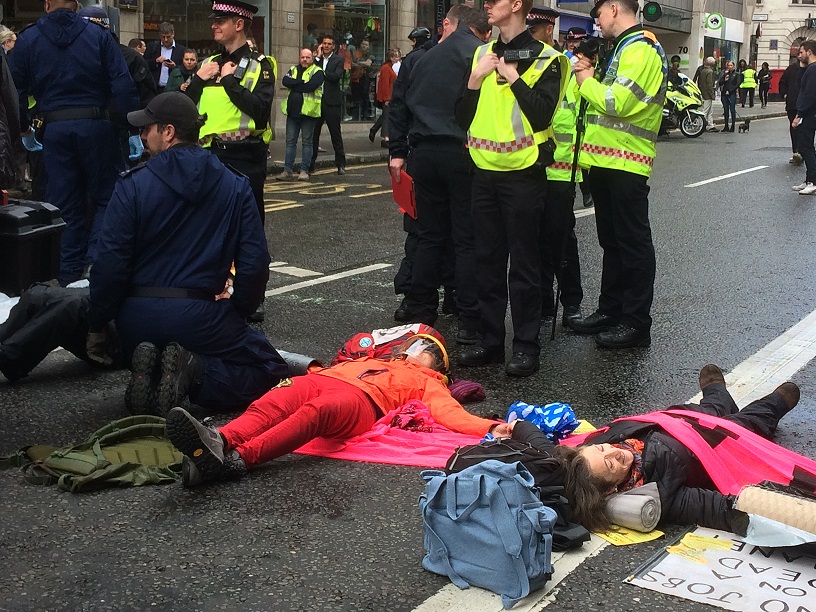 Police removed protesters at around 9.25am.

Some of the activists had financial ticker-style LED signs hung around their necks with messages such as “you can’t eat money”, “tell the truth” and “climate emergency”.

In Whatsapp messages seen by City A.M. organisers said that it was “time for money to tell the truth on its impact on the climate and ecological emergency”.

“Extinction Rebellion to focus on the financial industry today. Aim is to demand the finance industry tells the truth about the climate industry and the devastating impact the industry has on our planet,” organisers said. 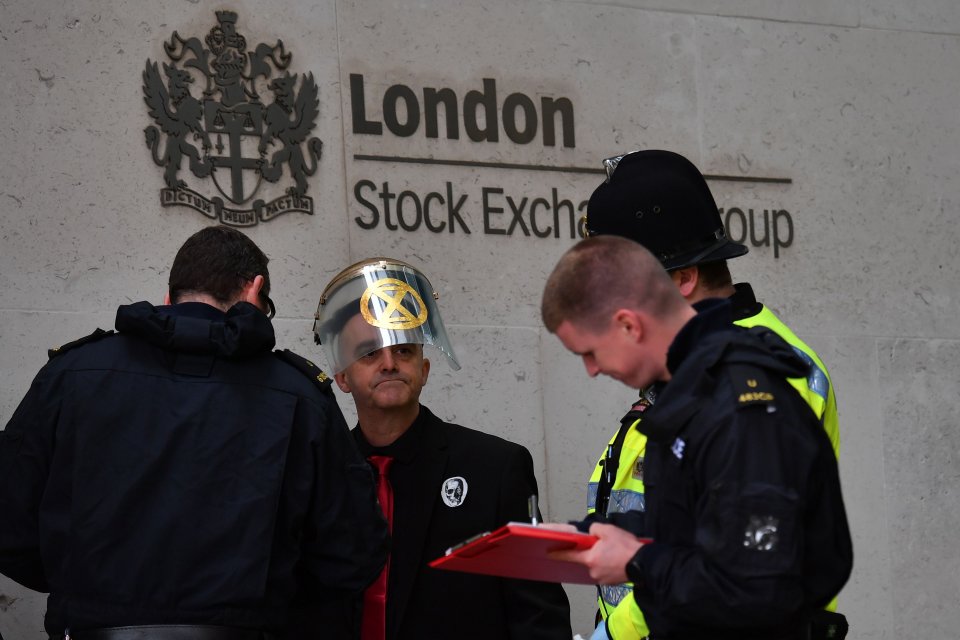 The London Stock Exchange has a green index called FTSE4Good but it came under fire earlier this month for failing to remove a palm oil company, Golden-Agri Resources, after a series of corruption allegations and claims of unsustainable business practices.

An LSE spokesperson told City A.M. that markets were open as usual and staff have been able to access the Paternoster Square offices targeted by protesters. 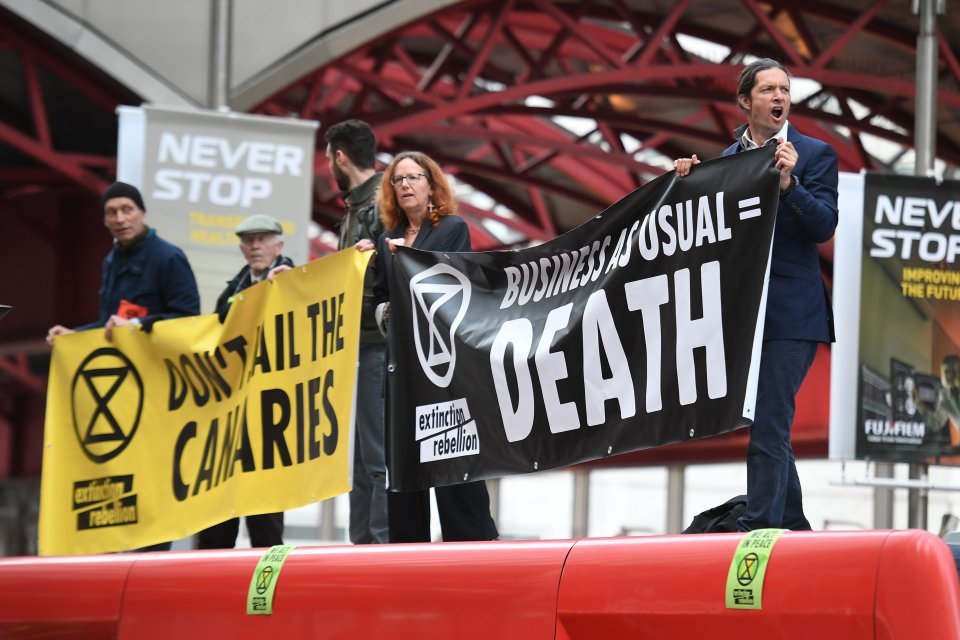 “Specialist units trained in protester removal were immediately deployed and have now safely removed those obstructing the DLR service,” the BTP said.

Just a week earlier three protesters glued themselves to the carriage of a DLR train at the station. Three people are currently in police custody after pleading not guilty on disruption charges. 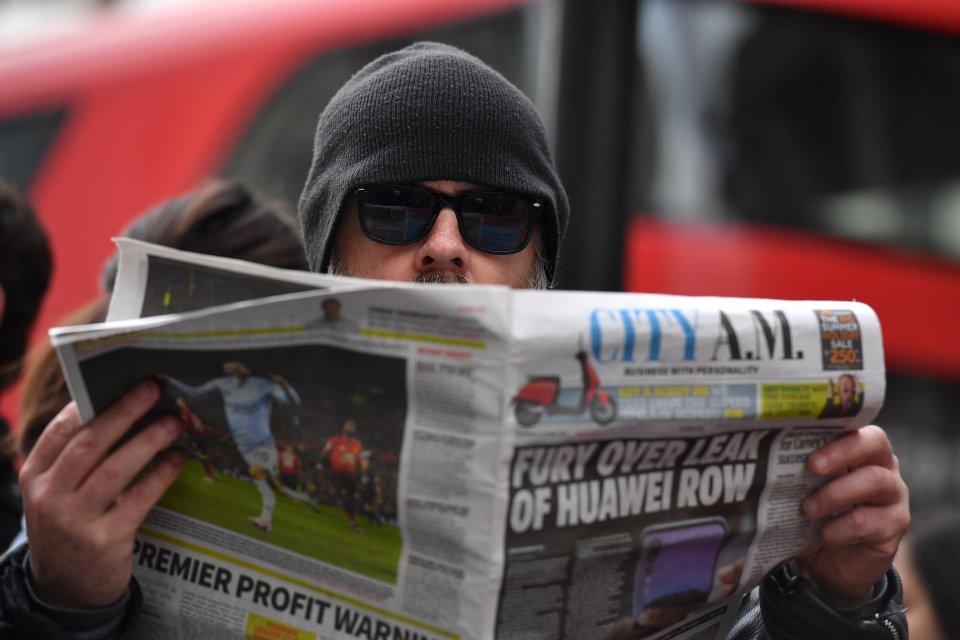 Today the Metropolitan Police restricted the location of the protests as they attempted to move activists out of the Square Mile.

Officers told Extinction Rebellion they must remain in a confined area of Marble Arch.

"Anyone assembling at the Extinction Rebellion Protest at Marble Arch and wishes to continue with this assembly must assemble within the red shaded area shown on the map (or the same area which will be explained by an officer)," a spokesperson said. 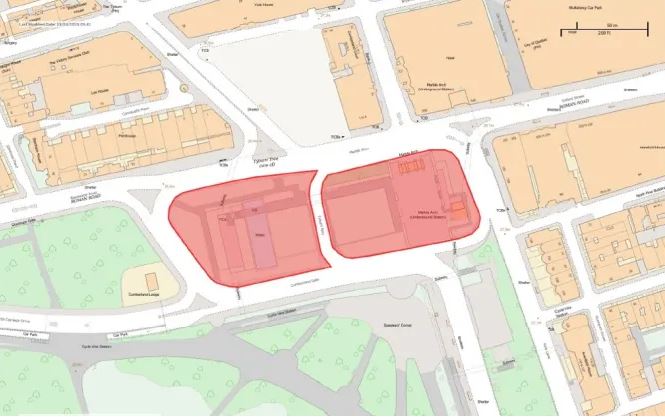 The latest demonstration comes as the activists prepare to remove the remaining blockades in Marble Arch and Parliament Square, after closing the central London landmarks for almost two weeks.

Protesters were removed from Oxford Circus and Waterloo Bridge earlier this week.

The Met arrested 38 activists yesterday and have charged 69 people over the protests. The total number of arrests now stands at 1,130.