Although it was always unlikely to begin in textbook fashion, The Hundred has so far experienced the full repertoire of problems on the runway, leaving the majority of its passengers apprehensive ahead of take-off.

After all, the idea to squeeze a fourth format into the domestic cricket schedule alongside the County Championship, One-Day Cup and T20 Blast from next summer is an ambitious and divisive one.

But following criticism at every turn – over the actual need for a new format, the 100-ball concept itself and just about every other aspect of the public-facing operation so far – the man in charge of its delivery is unfazed.

“I think it’s good that people have opinions,” Sanjay Patel, The Hundred’s managing director, tells City A.M. “We’ve listened to a lot of those opinions – we haven’t taken them lightly, and in some respects it’s helped us shape some of our thinking.

“For me it shows how passionate the game is. When you want to change something that people are passionate about they are going to have opinions. What we need to do is turn that passion into advocacy and I’m sure we can do that. 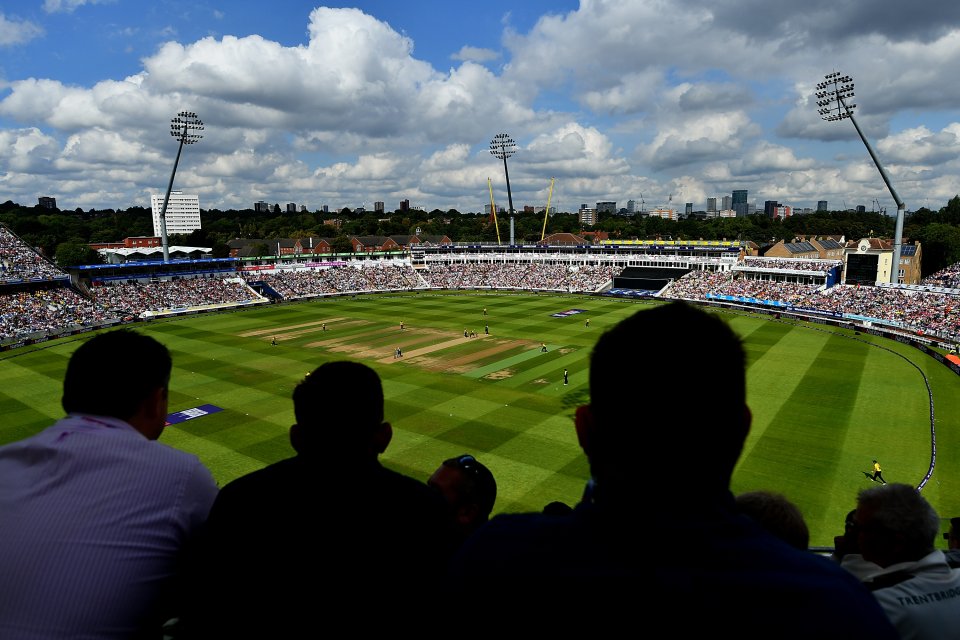 The Hundred will begin in July 2020 (Source: Getty)

“I want to use those people who have criticised us and get them to help us grow the game. If we grow the game everyone benefits.

“What do cricket fans want? They want to watch brilliant players playing in front of good crowds on good wickets. That’s what The Hundred is going to deliver – world-class cricket, for both the men’s and the women’s competition, and I think we’re on track to deliver it.”

Patel, who worked at Diageo and Heineken during almost two decades in the fast-moving consumer goods sector before joining the ECB in 2015, has spent the past four years developing The Hundred – first as chief sales and marketing officer and commercial director, before the tournament became his sole focus in February.

Having grown up in a cricketing household and played the game right up to international level with Scotland, he is passionate about its future. And having carried out research and formulated plans since 2015, he is excited for what he describes as “a massive opportunity”.

Here’s the grand plan to attract a new audience: eight city-based teams – two from London and one each from Manchester, Birmingham, Cardiff, Leeds, Nottingham and Southampton – will compete over a five-week period to coincide with the school summer holidays from mid-July to mid-August 2020. Eleven of the men’s games and the final of the women’s will be broadcast on free-to-air television by the BBC, with Sky also involved.

Each franchise, coached by a well-known face yet to be confirmed, will be comprised of 15-player squads, with three overseas players per side, which will be selected NFL-style in a live draft on 20 October. The sides will play 100 balls per innings where bowlers are allowed to deliver either five or 10 consecutive balls, with ends changing every 10 balls. 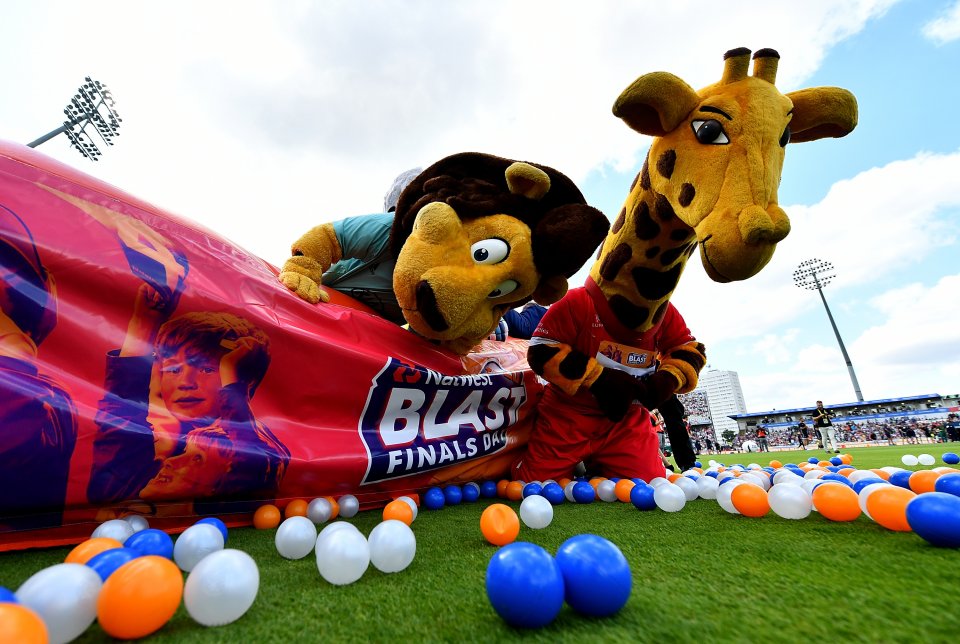 The Hundred will run alongside the existing T20 Blast as a fourth format (Source: Getty)

After trial games in September, Patel says “the overwhelming feedback was that this is a great format” and he believes that, marketed correctly, this is the tonic to many of cricket’s ailments.

“What came back from our research was that three things were critical,” the 46-year-old says. “Time: The Hundred directly addresses that because it can be played between two and two-and-a-half hours.

“Complexity: so if you make the game easier to understand it is going to naturally appeal to more people. The Hundred will have a simple countdown from 100 balls, with runs going up. Whoever scores the most runs wins. The way you can present that in stadia, digitally and in broadcast, it makes the game a simple one.

“The last thing is perception and this is particularly important with the teenage audience and those from south Asia. They said that if we had a competition that was faster and more exciting they were more likely to get involved. That’s exactly what The Hundred will deliver.”

Whether or not you agree on the concept itself, the need to do something is clear. Cricket is failing to make the most of its assets.

Patel says the ECB talked to over 100,000 people to gather 100m data points. Some of their findings are stark.

Three quarters of people who currently follow cricket came into it before the age of 16, but currently the sport is also only reaching seven per cent of children at primary school age.

“We’re not just competing against all the other sports,” Patel adds. “We’re competing against leisure activities and the entertainment industry, so if you don’t do anything that interrupts young people and engages them, they’re not automatically going to come into cricket.”

The hope is that an entirely new tournament which “starts with the audience in mind” can home in on what’s important. 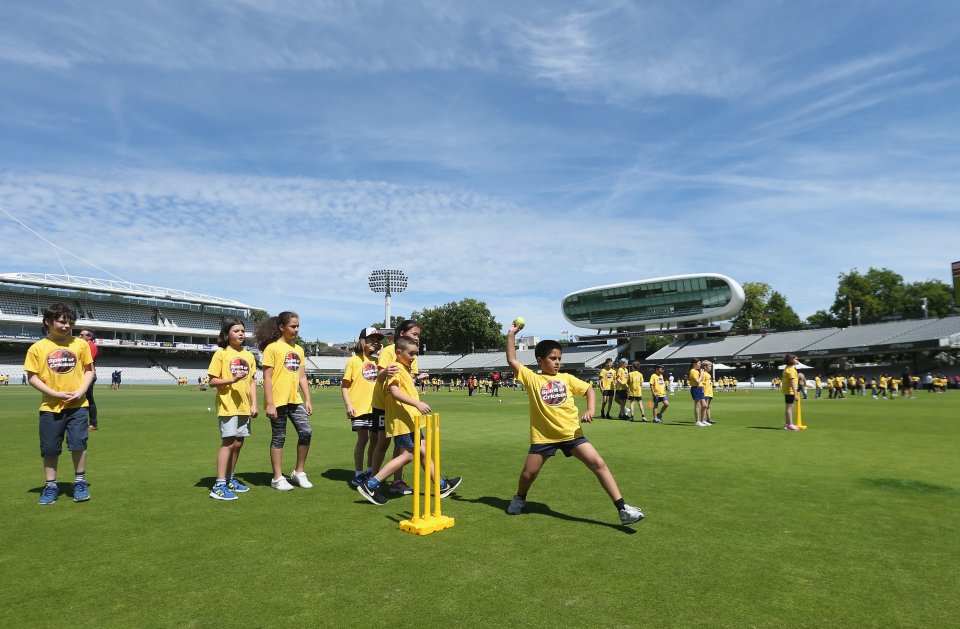 The Hundred hopes to attract a new, younger audience to cricket (Source: Getty)

It’s not without its compromises, though. In order to accommodate The Hundred in next summer’s prime-time slot, the One-Day Cup has been moved and, in the words of the ECB's managing director of county cricket, turned into a “development competition”, while the T20 Blast has in some ways been superseded.

After months of speculation, many of the unknowns are now known. Next, before October’s draft – what Patel “calls our launch event” – will come head coach, overseas players, team names and identities, ticket pricing and commercial partner announcements.

“We’ve learnt a lot over the last two years,” says Patel. “What we’re hoping to do is put that learning into practice. What’s important now is that between now and first ball that we build this tournament in the right way.”

Whether you like it or not, The Hundred is nearing fruition.