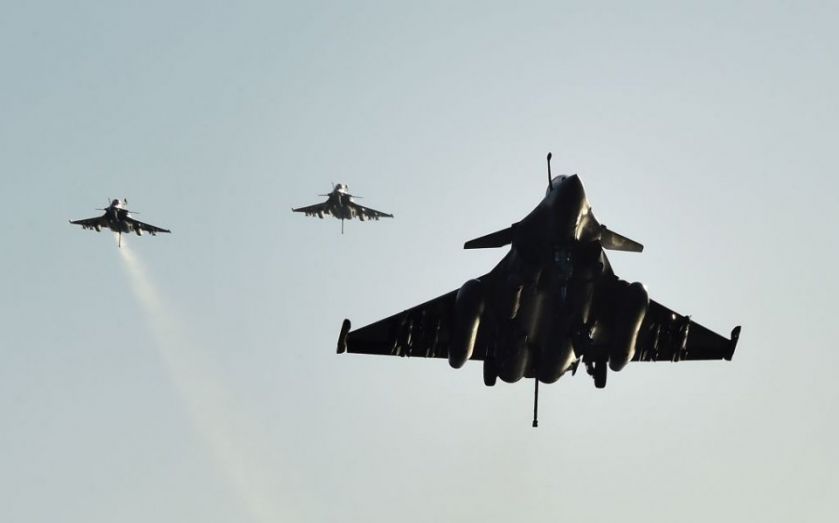 Ever since the self-styled Islamic State burst into the public consciousness in the summer of 2014, the group’s financing has attracted comment and scrutiny. Former US secretary of defense Chuck Hagel declared that Isil “is as sophisticated and well-funded as any group that we have seen… They are tremendously well-funded.”
It is therefore striking that efforts to tackle Isil’s funding have thus far been so timid. Yes, the Counter Isil Finance Group has gathered together 30 countries on three separate occasions to debate the issue; the Financial Action Task Force, the global standard setter for anti money laundering and counter terror finance, has dedicated significant time and energy to sourcing and disseminating typologies and assessments; and the latest G20 Communiqué reiterated global leaders’ resolve to tackle terrorist financing. Yet although disrupting the means by which terrorist groups finance themselves is one of the most effective methods of reducing (albeit not eliminating) the threat they pose, the strategy to tackle Isil financing has been long on words and discussion but short on direct action. The urgent and genuine targeting of these sources of revenue is therefore critical and overdue.
In the past few weeks, through its self-confessed actions in Paris, Beirut, and over Sinai, it seems Isil has finally galvanised the international community to act on terrorist financing. As noted by French finance minister Michel Sapin, “now is the time to move beyond emotion and take action”. The renewed resolve and unity displayed by the unanimous passing of UN Security Council Resolution 2249, calling for members states to “prevent and suppress the financing of terrorism”, must not be squandered.
From day one, oil has been recognised as the source of a substantial and meaningful proportion of Isil’s funding. For over a year, coalition aircraft have flown thousands of sorties over Syria and Iraq, targeting a range of Isil assets and personnel. Yet only now, as the air campaign enters its second year, are oil installations and tanker convoys, sometimes hundreds of vehicles long, being aggressively targeted. This is a delay that has arguably allowed Isil to use its free-flowing finance to establish and proliferate, plan and execute a series of attacks outside its core areas of control, and build its support base online and in communities around the world.
Other groups such as al-Shabaab in Somalia have also benefited from money earned through trade – the export of charcoal and the import of sugar smuggled into Kenya have sustained the group for years, with little effort made to disrupt either the trade itself or the markets it feeds. Donations have flowed regularly from certain countries in support of a range of violent, extremist groups, with funding campaigns urging donors to “Wage Jihad With Your Money” rarely interrupted. Put simply, despite 15 years of post-9/11 rhetoric, although laws and regulations have been imposed, the effectiveness of the global effort to counter terrorist financing is open to question.
If the international community genuinely wants to move from talk to action, two key steps should be taken. First, where identified flows can be disrupted by military or coercive methods such as sanctions, this must be done – not just by the US and EU, but by all nations. Money, like water, flows through cracks in the system, and so those that fail to meet their international obligations should themselves be frozen out. Second, the talk of politicians needs to be translated into meaningful and sustained counter terror finance action. If political leaders believe that disrupting terrorist financing is a key tool in the global effort to “degrade, and ultimately destroy” Isil, then corresponding resources need to be committed.
There are some positive signs. Last week’s European Council meeting on counter-terrorism concluded that “Europol will launch the European Counter Terrorist Centre (ECTC) on 1 January 2016 as a platform by which member states can increase information sharing and operational cooperation with regard to the monitoring and investigation of… terrorist financing.” It also called for the better sharing of information between EU national financial intelligence units. These initiatives, if they become a reality, are to be welcomed. As we witnessed in Paris, terrorists and their financing move with little difficulty across borders, yet countering terrorists and their finance often remains siloed in national law enforcement and intelligence services.
All too often, lofty commitments to tackle terrorist financing are made without the necessary strategy and resources in place. Such aspirations are quickly sidelined and forgotten. The latest atrocities wrought on the innocent citizens of a range of nations reminds us once again that disrupting terrorist financing is not optional. In Turkey, at the recent G20 Leaders’ Meeting, Prime Minister David Cameron said that world leaders had agreed to do more to share intelligence and cut off funding for terrorists. It is time for the world to stop talking and to finally act as one against terrorist financing.