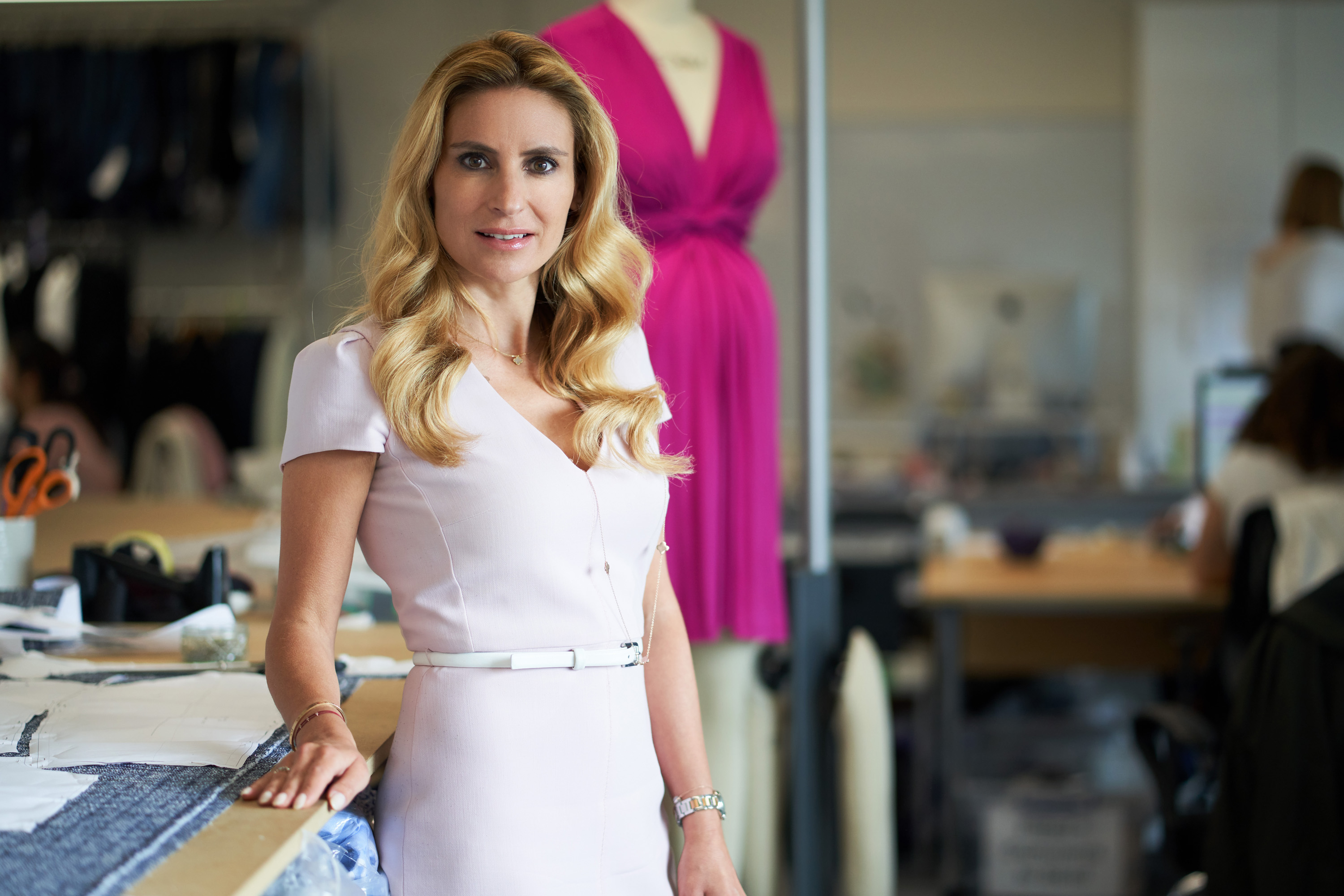 What do the Duchess of Cambridge, Angelina Jolie, and Gwen Stefani all have in common? At different points in time, they have all worn clothing from the Seraphine fashion range.

But Seraphine is no normal fashion label – this is a brand that specialises in maternity clothing.

In its 16-year history, it has become a household name among mothers around the world, and is the favourite maternity brand for the likes of Kate Middleton.

She might be the founder of a fashion empire, but I’m somewhat taken aback by how humble Cecile Reinaud seems, particularly for someone who is accustomed to dressing celebrities. In fact, she only name-drops a few famous people when I ask her to.

That’s not to say she isn’t assertive. Pre-Seraphine, she worked in the UK advertising industry, so she’s no stranger to building a strong brand.

The Paris-born chief executive – whose accent is laced with French intonations – stresses the importance of celebrity endorsement. “Most of our business is online, so people don’t always get the chance to touch and see items before they buy them.

“So when celebrities wear our clothes, it gives our brand credibility, and breaks that online fear that the quality of the clothing might not be as good as the pictures.”

With most of the dresses priced at around £60, Seraphine sits in that mid-market range. While the clothing is not prohibitively expensive, the trick is proving that the product is well-made, which is why the support of high-profile names is so valuable.

“Customers are unlikely to be familiar with us before they’ve been pregnant, so new customers don’t know what to expect; the fact that celebrities wear us gives them the confidence that the clothes are good quality.”

As life gets increasingly tough for retailers, celebrity endorsement has become a powerful way for fashion brands to prosper. Just look at Meghan Markle’s ability to single-handedly turn a small designer into a global brand overnight, simply by wearing an item of clothing once.

It’s fair to say that before Seraphine launched, the maternity fashion market in the UK was pretty barren. Pregnant women would have a choice between baggy clothes or… baggy clothes.

And in fact, when Reinaud worked for marketing giant J Walter Thompson, her pregnant colleagues would complain about the lack of choice, and often jokingly asked whether the fashion-lover (who designed clothes as a hobby) would create some flattering maternity outfits for them to wear.

“They were frustrated. And it wasn’t just office clothes – it was everything. I see it as a form of sexism that the big companies never addressed that market. People think ‘pregnancy is just a phase, so you just have to make do’, but I think it’s the most important phase in a woman’s life.”

The chief executive says she even perfected some of the cuts on the clothing herself when she was pregnant with her second child, adding: “I think nothing beats experiencing it yourself to understand what women want.”

While most of the big retailers now have their own maternity ranges, she says many still won’t have the full spectrum, with the professional wardrobe being particularly scarce.

As more women are working while having children, it’s surprising to hear how slow the fashion industry is to change.

I even half-jokingly ask about catwalks for pregnant women, but Reinaud is serious when she says we should be questioning why there isn’t any form of representation of pregnant women at this stage. “I wanted it to happen at London Fashion Week, but the British Fashion Council don’t seem to be particularly interested. It is discriminatory I think. They will wake up to it, but it’s very slow.”

While Seraphine’s core markets are the UK, the US, Germany and France, the business ships to around 40 countries on a daily basis, which proves just how hungry pregnant women worldwide are for clothes that suit their personal sense of style – whether that’s royal elegance, rock-star glamour, or anything in between.

As well as the vast online business, there are a number of Seraphine stores dotted around the world, including the UK, Paris, New York, Dubai and Hong Kong.

The business also supplies to department stores, with Debenhams and John Lewis being the company’s main partners in the UK.

But this comes with its own demands, because these stores want to book collections in line with other womenswear fashion, which means Seraphine has to follow the “traditional” – and rather clunky – fashion cycle.

“In the next few months, we are going to start the buying season for summer 2019, so we need to have our collections ready.”

Aside from its work with department stores, Seraphine centres largely around the fast fashion model, meaning it is adaptable. So if a piece is selling well, the team can be reactive and create more of the same collection. And unlike most high-street retailers, it also means the company doesn’t have the overheads of hundreds of stores.

“We are resilient against the struggles going on in the market,” Reinaud tells me. “This is partly because we intervene when women need new clothes – it’s not a treat.”

Obviously, not everyone has lots of babies, so when I ask how Seraphine retains clients, she admits that this is the challenge with her business model. “We are renewing our clientele all the time, so we need to seduce them every time with a marketing proposal. But the positive flipside of that is we benefit from word of mouth and brand recommendation.

“We come at such a crucial point in women’s lives, and they feel like we’ve saved their lives, so they will talk about the brand among their friends a lot more than they would some other brands, which helps us gain the next batch of customers.”

Seraphine has come a long way since 2002, when Reinaud took a leap of faith and opened her first store behind Kensington Palace (which was pretty bullish given she had to commit to a 15-year lease).

She admits that at the time she didn’t even remotely consider the significance of the location of that first store. “It’s one of these things when you think fate is a little bit written,” she smiles.

With grandparents who had worked in the fashion industry, it seems like Reinaud was born to run an uber successful fashion business.

But one thing is certain: this entrepreneur’s love for what she does has nurtured this business from its humble beginnings into the international fashion brand of today. She has tailored her own luck.