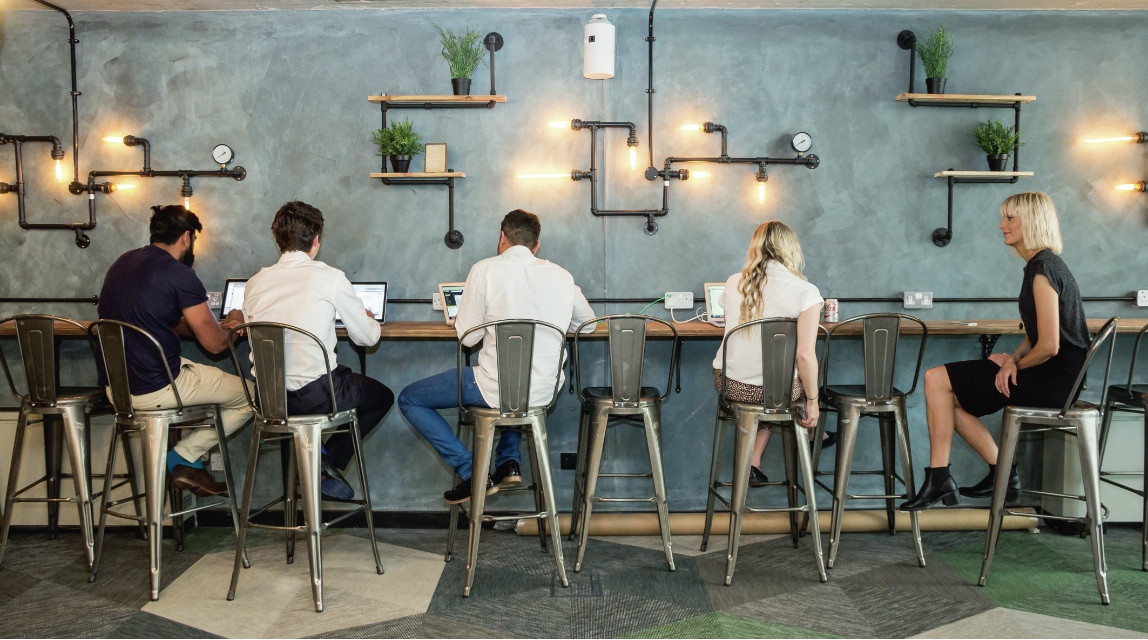 The free-thinking “millennial generation” could be our most entrepreneurial age group. Having pushed the boundaries of communications and technology, many are now challenging traditional businesses, including property development, and are making a significant mark.

They may be young, but the self confidence and business sense of the five developers profiled here has helped them deliver hundreds of millions of pounds’ worth of high-specification residences in London and overseas. They could be exactly what the stuffy world of property needs. 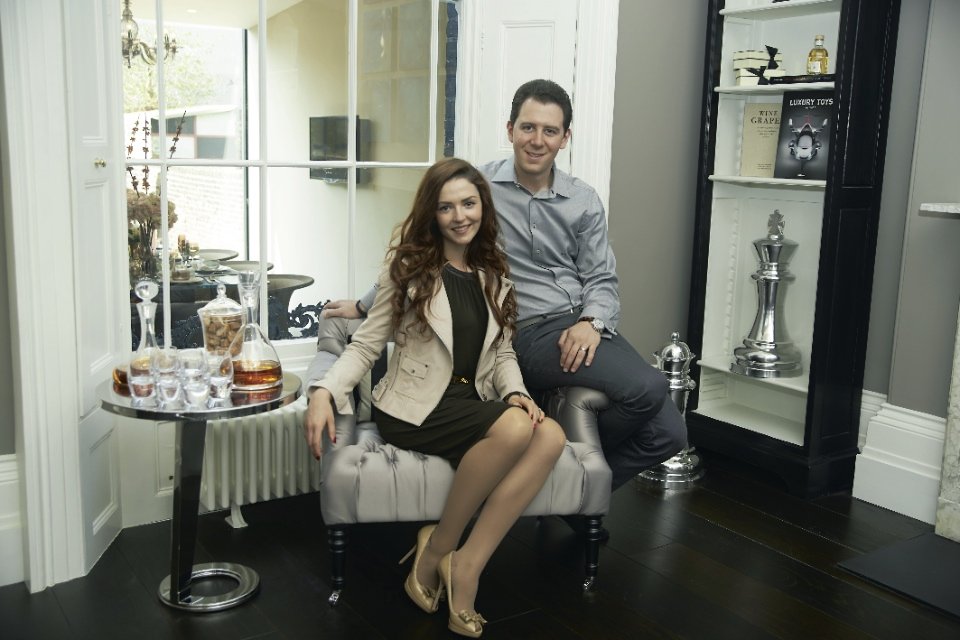 It took Gal and Tania Adir less than five years of working in finance and law to discover that the corporate life wasn’t for them. “Developing our first property was the turning point,” says Tania. “We realised that we can’t sit in an office, we’re more entrepreneurial.”

They set up development firm G&T London in 2010, aged 23 and 24, and began renovating single high-value flats in central locations. In 2014, their astounding refurbishment of a Georgian building, 58 Myddelton Square, sold in excess of £5m; at the time the most expensive single house ever sold in Islington.

Gal says their initial success lay in the fact that they found their niche and didn’t aim to compete with the top end of the market. “We focused on prime property, not super prime.” The couple were never daunted by being young developers in a competitive market, though admit they have battle scars. “People see your age and wonder what you know about life,” says Tania. “Property isn’t a traditionally young field in the way technology is.” She also had to tackle the issue of being female in a male-dominated industry. “I rarely sit in a meeting with other women.”

Now known as the Adir Group, they have £50m in development. Their current focus is switching to what they see as a stronger emerging market for co-operative live-work schemes aimed at a younger demographic. The concept is called Nuper and the couple is clearly excited about this next launch. “London attracts young talent, but it can’t afford to buy here.

“We want to make it easier for first-time buyers,” says Gal. “We want to work on projects we feel more connected with. Our entire team is under 30, so naturally we understand our target market.” 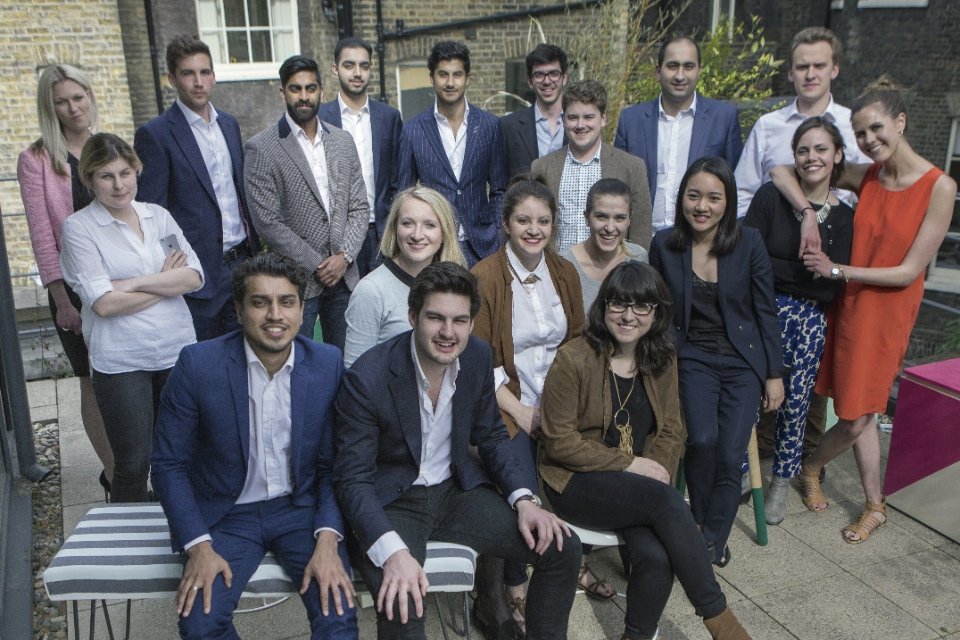 CEO of The Collective

The London offices of The Collective look like they’ve been ripped out of the pages of Architectural Digest. However, this young company isn’t embroiled in the prime end of property; its aim is to help young people take their first step into affordable independent living.

“Development hasn’t kept up with how people live and work, the market is crying out for a new model,” says Reza Merchant, founder and CEO of The Collective. “New buildings often don’t suit young people.”

His firm is revolutionising the market for young professionals and offers a sustainable model that works as a business and lifestyle product. Only five years old, it has development worth £242m across six multi-unit buildings in well-connected locations, such as Bayswater, Camden and Old Oak Common. The units are let at affordable rates and the managed, streamlined spaces, with communal kitchens and entertainment areas, also act as a safeguard against loneliness and rogue landlords.

Merchant came up with the concept in 2010, while studying at the LSE. “I saw first-hand the struggle to find affordable accommodation,” he explains. “But also that commitment isn’t something our generation likes, we want to travel and experience life.”

He was never daunted by the prospect of seeking backing or bringing his first project to market because he was so certain of its success. “There is massive need for what we do, so there was never any concern about whether it would work.” Merchant also thinks having a young team is his biggest advantage. “We are creating a product for ourselves, we can fine tune it to our target market because we are the target market.” 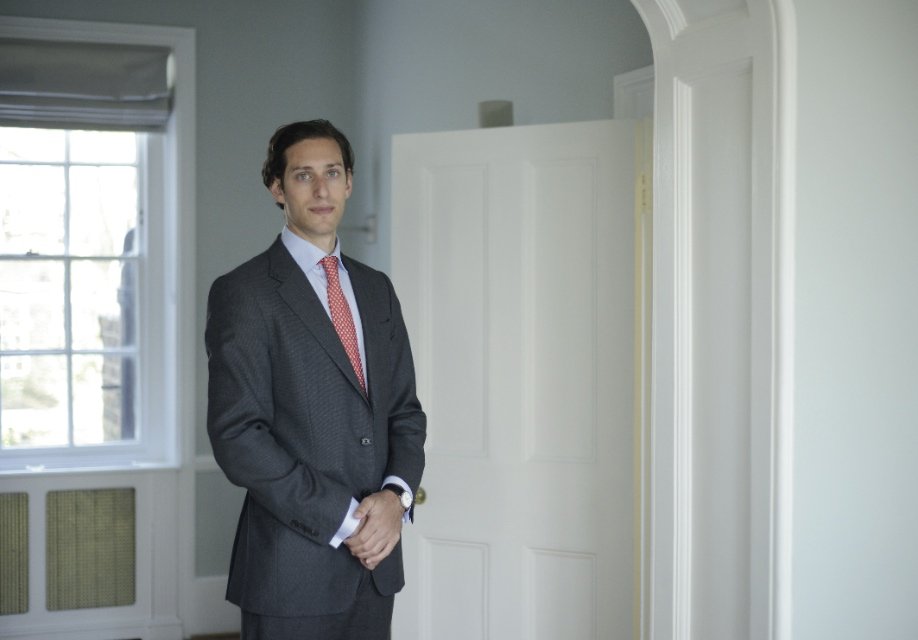 Few people would have the confidence to launch a property company during a global crash but Gary Linton was keen to go out on his own, despite being only 23 at the time. “Things were pretty miserable in 2009 but I saw it as a period of opportunity,” he says. “I needed to do my own thing.”

He “dabbled” in residential lets and refurbishments prior to gaining backing for his first successful multi-unit development in Fulham. “The fact that I was managing other people’s money did get quite scary but sometimes you just have to go for it,” he laughs. “I saw it as a challenge and that made me very determined.”

Linton’s portfolio is now worth £300m. His projects include sites in Hampstead and Paddington, and the conversion of a Victorian furniture factory, in Kentish Town, into 57 apartments. As with many young entrepreneurs, he is keen to separate himself from more established firms. “We’re a boutique developer not a house builder. Each project needs to have a sense of place and community, a connection with people who work and live in London.”

Linton admits to being a bit of a control freak, preferring to oversee every aspect of a design, though it’s becoming more difficult as his firm expands. “We’re building homes not just investments, which takes careful planning and design.” Linton also firmly believes that age doesn’t have to be a handicap in business. “I don’t see why it should be a factor as long as you’re professional and deliver results.” 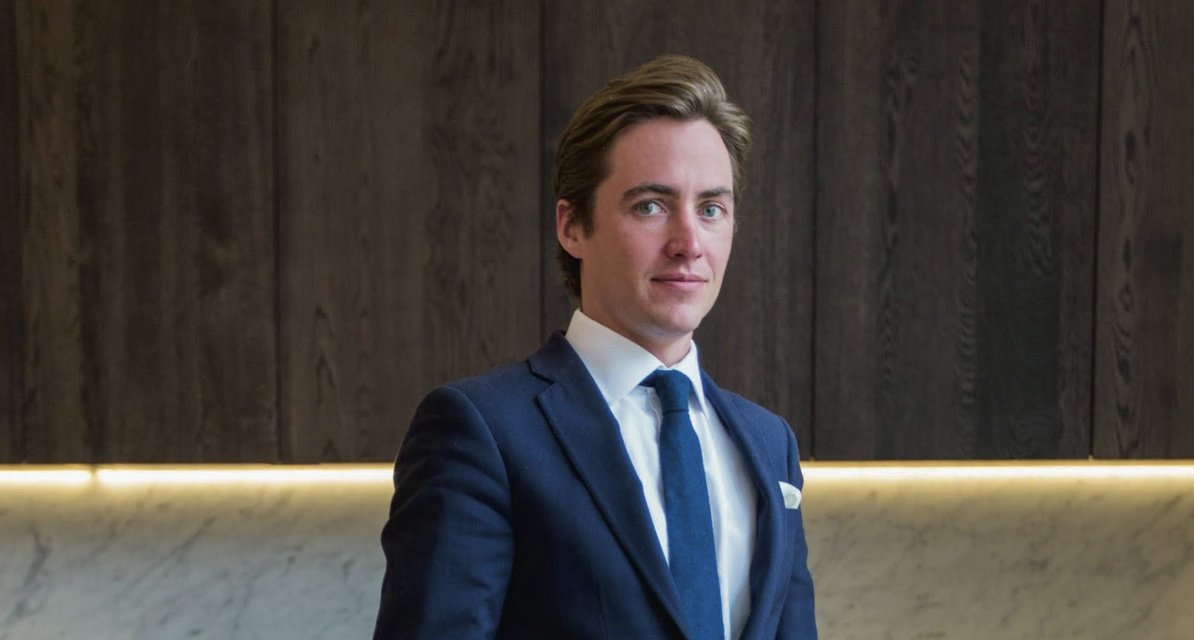 Edo Mapelli Mozzi has a family background in development, so it was natural for him to tread the same path. However, Banda, his London-based property company, is very much his own.

He started it in 2007, aged 24, with one-off projects, such as extensions and basement conversions but within two years was sourcing development opportunities for clients and his own firm. All of which, he says, gave him a track record when he sought backing for more ambitious boutique developments of six to ten apartments.

“The property market can be closed to young people as most banks won’t finance them,” he says. “But the young can often be braver. I had no doubts when I first asked the bank to finance £45m-worth of development. Maybe I should have been more nervous but I’m a very optimistic person.”

Banda now has a significant portfolio of high-end schemes with around £60m in development, including a Victorian bakery with eight lateral apartments and a new block of contemporary residences, both in Battersea. The firm has developed a modern, chic image and reputation for quality finishing that appeals to a wide clientele, from young professionals to older downsizers. “I always aim to put myself in the shoes of the end buyer, to try to anticipate their needs,” Mapelli Mozzi says. “And I believe you’re only as good as your last development.”

He’s now considering a move into larger mixed-use schemes, while retaining the personal approach. “I always have a strong vision for each development and don’t follow what the competition is doing, maybe that’s another benefit of being young. Older developers have to study new trends whereas we already have our finger on the pulse.” 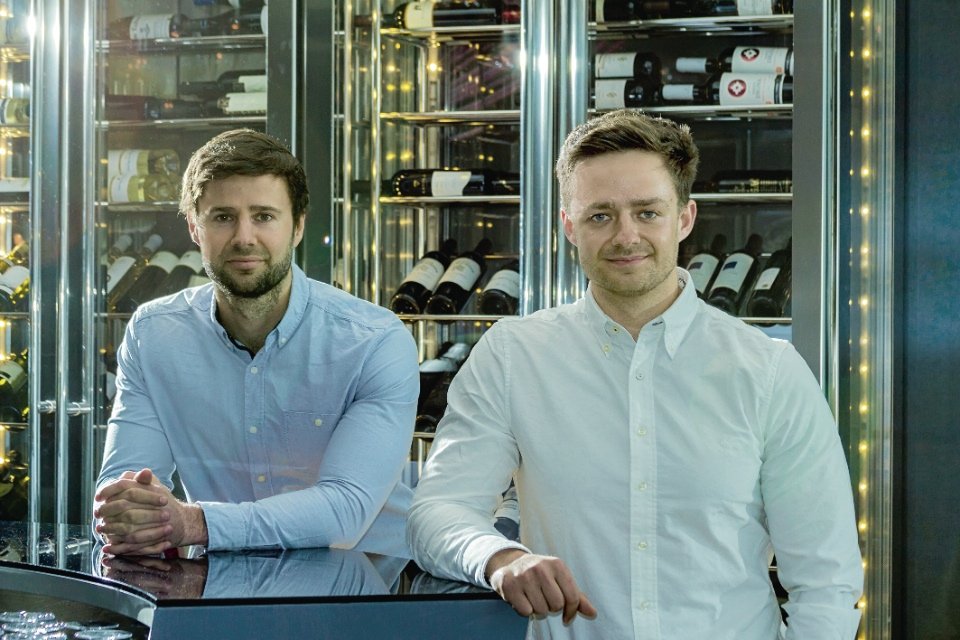 By the time Adam Pinion was 16 he was already an entrepreneur. His parents were involved in commercial property and encouraged him to invest an inheritance in small business premises in and around his home town of Leeds. In 2005, aged 20, he and younger brother Alex formed Pin and Pin, to take their first steps in developing residential property.

“We wanted to diversify,” says Adam of their decision to move into what was then a burgeoning overseas market. “We felt Britain had reached a peak, so we looked abroad.” Considering Spain too developed and Switzerland too expensive, they settled on Croatia. “It had the most potential,” Adam explains. “We could see a definite gap for a high-end product.”

They had no previous experience in development of this kind and Croatia had a completely different beaurocratic system to negotiate, but the brothers went ahead anyway. “It was quite daunting but I wouldn’t say our age made a difference,” says Adam. “If anything, we were more optimistic about our opportunities.”

They started with the development of a luxury villa on the island of Brac, which they let before selling. “It was the sort of property Croatia didn’t have then,” says Adam. “But it rented well and confirmed we were on the right track.”

Since then, the firm has invested in several Dalmatian locations and built up a small but impressive portfolio of glamorous bespoke villas. They expect to have in excess of €25m in development this year. “We design everything and oversee all aspects of the construction ourselves, so we can maintain quality,” Adam says. “We definitely have a strong vision of what we want to achieve.”