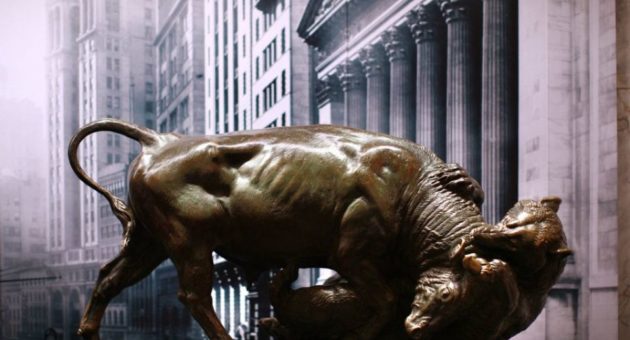 We need chutzpah as well as cuts to restore British competitiveness

WITH unemployment falling over the last six months, and over 1m private sector jobs created under the coalition, it is not all bad news on the economy. There is no reason for Britons to be defeatist. We’re still in a rut, but there is a way out. The key thing is not to sacrifice long-term competitiveness for populist quick-fixes, but rather to commit to the fundamentals that will drive long-term prosperity: tackling debt, investing responsibly in skills and innovation, freeing up entrepreneurial risk-taking and instilling an ethos of hard graft. Take debt. The coalition has cut the deficit by a quarter, but remains at risk of missing its target of falling government debt as a proportion of GDP by 2014/15. There will be the predictable calls to ditch the target. In truth, we need to redouble our efforts. Sure, getting a grip on public spending is more like slowly steering an oil tanker than doing a hand-brake turn with a mini. But, there is abundant evidence that those countries that allowed debt to pass 90 per cent of gross domestic product witnessed dire effects on economic growth, competitiveness and productivity. The lesson from successful attempts to cut overbearing deficits and debt – without crushing growth – is to focus on reining in spending, and address which functions government departments we really need, rather than salami-slicing budgets across the board. Liberal Democrats have previously toyed with cutting the Department for Business, Innovation and Skills. The coalition is reported to be looking at the case for abolishing the Department for Culture, Media and Sport. There is also a case for dovetailing the Department for International Development back into the Foreign & Commonwealth Office – regardless of your view on the level of aid spending. With resolve, we can tackle the awful debt legacy bequeathed by Labour, stimulate the economy by reducing business taxes and protect public frontline services. This is not some clarion call to asset strip government of its essential functions. The economy needs investment in vital infrastructure and education. Between 1998 and 2010, Britain fell from fourth to thirteenth on the World Economic Forum rankings for competitiveness. We have now clawed our way back up to eighth position. To get back to the top, we need to plug the growing skills gap. The coalition gets this. Under the last government, British 15 year olds fell from eighth to twenty- eighth on the OECD rankings for maths. Among developed countries, we have the lowest proportion of youngsters studying maths post-16. Instead, according to one report, we have been wasting £40m each year on 401 university “non-courses”. From India to South Korea, there are lessons to be learnt. Above all, we must stop confusing the length of time spent in formal education with the quality of the skills – and attitude – we are instilling in British youngsters. Without improvements in education, Britain won’t be able to compete at the cutting edge of innovation. But it will take more. Why does it take budding entrepreneurs 13 days to start a business in the UK, but just one in New Zealand? The new business minister, Michael Fallon, recognises that we need a concerted effort to shear the red-tape holding small businesses back. Equally, our universities are a hotbed of creative talent, but getting ideas to market has proved tough. We could do worse than learn some Israeli chutzpah. According to a 2008 OECD report, Israel invests more in research and development than any other country. It has the highest number of high-tech start-ups outside the US – companies that pioneered DiskOnChip, the first flash drive, and ICQ, the first internet instant messaging service. Israel’s Technological Incubators Program does not tempt government to pick winners. It offers seed capital to companies in partnership with a bank and private venture capitalists. So, as well as reining in public spending, we also need to make sure it is invested wisely – not on hare-brained left-wing ideology like Ed Miliband’s “pre-distribution of wealth”. We’re in an economic pothole, not an abyss. Britain has a rich past, and remains a country of the future – if we face up to our debts, harness the risk-taking verve of our brightest entrepreneurial talent, and spur the innovative spirit that first made Britain great. Dominic Raab is the Conservative MP for Esher & Walton, and co-author of Britannia Unchained (Palgrave Macmillan).