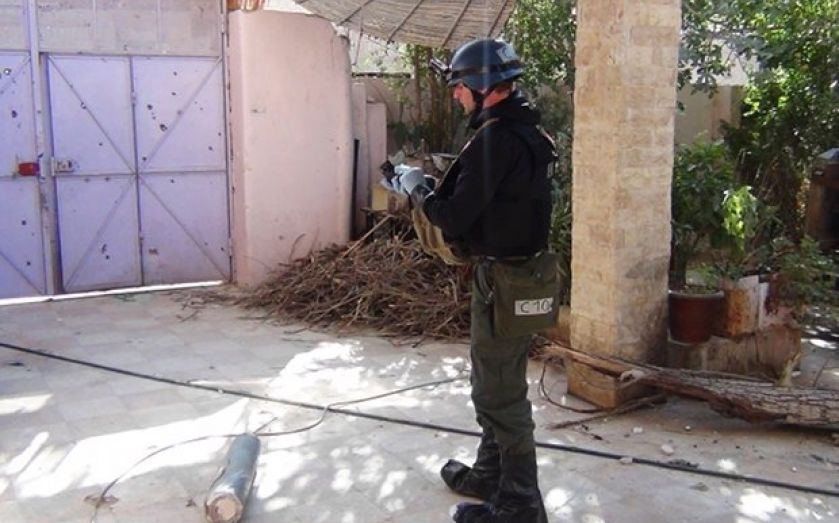 ONE OF the enduring consequences of the war in Iraq, and to a lesser extent Afghanistan, is a deep scepticism towards military intervention abroad among the British people. In the case of the civil war in Syria, I share that scepticism.
There are four questions that need to be asked and answered by policymakers before our military forces are committed to any conflict. The first is what does a good outcome look like? The second is can such an outcome be engineered? The third is would we be part of the engineering of such an outcome? And the fourth is how much of the outcome do we want to own?
In the case of Syria, it is not at all clear that any of these questions can be answered satisfactorily. The country is a tinderbox, which could well ignite a wider regional conflict. Syria is a country where political, historical and religious tectonic plates meet, and the current conflict represents – to many people – a proxy war between the political forces of Sunni and Shia Islam in the region.
The cost in the loss of life, abject human misery and the growing refugee crisis mounts by the day, and there are those who demand Western “intervention” without any clear idea about what such intervention would entail. They say that we intervened in Libya to avoid a humanitarian disaster and we should do so again in Syria.
But this is not Libya. Syria’s defence capabilities are very much greater than either Libya or Iraq, making the prospect of even a no-fly zone much more difficult.
On top of this, the support given to Syria by both Russia and Iran add a potentially explosive element into the mix. Russia is still smarting from what it sees as western duplicity over military action in Libya. To add further complexity, the Russians have heavily invested in the Syrian Mediterranean port of Tartus, giving it another warm water port should access to Sevastopol in the Ukraine ever be denied. Iran continues to use Syria as the base from which its proxy, Hezbollah, promotes regional destabilisation as part of Iranian attempts to widen Shia influence and seek regional hegemony.
Then there is the question of what we might get if we sided with the rebels in trying to topple the regime of Bashar al-Assad. There is no doubt that this is one of the nastiest governments around, yet many of the groups that make up the Syrian rebels appear to be at least as unpalatable. Many of the hardline rebel leaders are affiliated to Al Qaeda and are anti-West, anti-Christian and anti-Israel, hardly reasons to give political or military endorsement.
For all these reasons and for all the complications that they bring, I do not believe that it makes sense to intervene in the conflict within Syria. The temptation to want to “do something” is entirely understandable when we see scenes of death and destruction on our TV screens. But we have to accept the limitations in our ability to affect – in a positive way – some of the conflicts in the world today, particularly those conflicts which are, in effect, a civil war.
But there is now a separate question facing the international community. How do we react to the use of chemical weapons by the Syrian regime on its own people? The horrendous images of rows of dead children were shocking, even in today’s desensitised age. It is both against international law and a war crime.
I believe that we need to send a clear signal to both sides in the Syrian conflict that such behaviour will not be tolerated and will result in severe consequences. If we fail to act, it will be interpreted not only as a lack of resolve within the international community, but may well encourage further attacks, endangering the civilian population even further.
It would be preferable for the UN to give its sanction to any actions that will be taken against the perpetrators of this crime. As the UN secretary general Ban Ki-moon has said, the body interested with maintaining international peace and security cannot be “missing in action”. It would be preferable to have the support of all the permanent members of the Security Council, including Russia and China, in responding to the indiscriminate murder of defenceless civilians in Syria. But that appears to be unlikely.
If necessary, the rest of the international community will need to come together to fulfil our duty for humanitarian protection. Post the use of chemical weapons on ordinary families, it would be inconceivable for the rest of the world to walk by on the other side of the street.
Liam Fox is Conservative MP for North Somerset, and a former secretary of state for defence. His book Rising Tides: Facing the Challenges of a New Era is out next month.