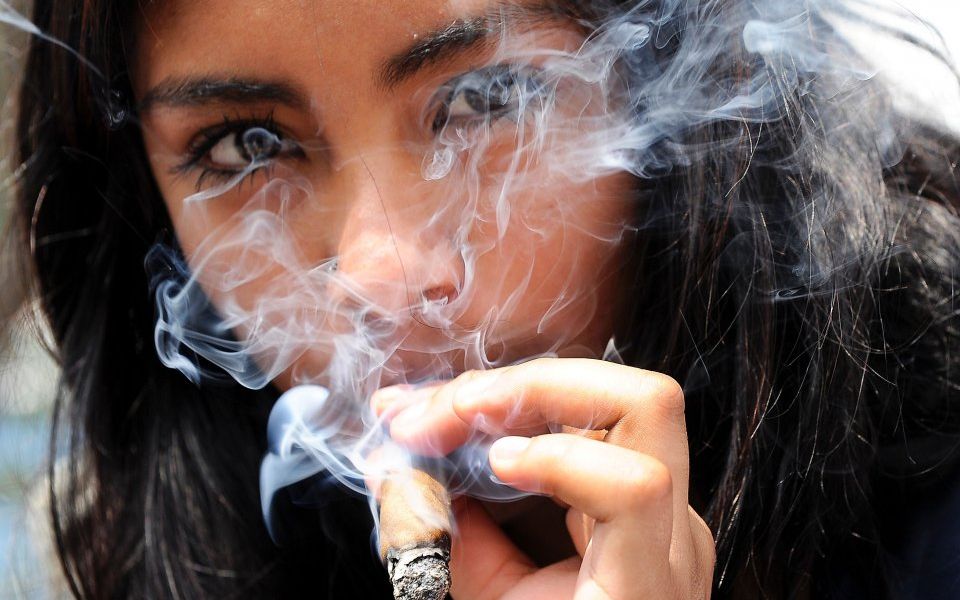 No one could follow the story of Billy Caldwell, the 12-year-old boy who suffers from debilitating, potentially fatal seizures, and fail to be outraged by a bureaucratic system that denies him the cannabis treatment he needs.

No one, that is, except Theresa May.

The latest this week is that the government is finally going to review rules on the use of medicinal cannabis. To which we can only say about bloody time.

But it is a mistake to think that this progress had anything to do with the Prime Minister.

While our refreshingly straight-thinking home secretary fought for Caldwell (and for science) at Monday’s cabinet meeting, May repeatedly tried to block the topic.

Apparently she wanted more time to think things through. The fact that the life of a child – and, indeed, other children with similar conditions – was at risk apparently wasn’t incentive enough to get a move on.

In her hesitance, May is increasingly isolated. Caldwell’s story has captured the public’s emotions because it is so drastically clear-cut.

This is literally a life or death matter, and his mother’s desperate attempt to bring in cannabis oil from overseas, only to have it confiscated at the border, has awoken the country to how draconian and harmful UK drug policy really is.

There have been calls not to conflate the Caldwell case with legalisation for recreational uses. Too late. With the realisation that the current setup does more harm than good, laid bare by the tragic story of this epileptic boy, the question is inevitable: if the laws on medicinal cannabis are so out of step with reality, what’s to say the laws on recreational use are any better?

In short, they are not. What we are seeing is the damning impact of successive governments’ obsession with appearing “tough on drugs”, whatever the cost.

And make no mistake, there have been costs, and not just for sick children.

Don’t take my word for it, listen to Tory grandee William Hague. The former Conservative leader on Tuesday launched a diatribe against the government’s failed drugs policy, and called for full legalisation.

The war on cannabis, he said, has been “irreversibly lost”. The drug is freely available on our streets, in hazardously unregulated forms, and the thriving black market finances criminal gangs while putting unnecessary strain on the justice and prison systems.

Ah, say the critics, but cannabis is bad. It causes psychosis. The public needs protecting – criminal gangs and prisons overfilled with non-violent drug offenders are just the price we must pay for safety.

Except that’s not true.

It’s hard to measure absolute risk, as it all hangs on how much of a drug you take and for how long, but it’s commonly accepted that cannabis is safer and less addictive long-term than either alcohol or tobacco. By some accounts, it is less dangerous than sugar.

One thing we know for certain, though, is that regulated cannabis is safer – and better for society – than the ultra-strong strains that can be bought on the street.

We know this, because in other parts of the world – from Portugal and the Netherlands to Canada, which voted on Tuesday to legalise it – common sense has prevailed.

Take the state of Colorado in the US, which legalised cannabis in 2012. Teen use is at its lowest in a decade. Opioid-related deaths are down. Crime hasn’t risen, but tax revenues have – $230m in two years. Want to fund addiction and rehabilitation services in the UK? Here’s your money.

Oh, and while we’re on finances, legalising and regulating the market in Britain is estimated to add £7bn per year to UK GDP.

There are glaring economic, social and moral reasons to legalise cannabis.

Unfortunately, they are reasons the Prime Minister will not listen to.

The announcement could not have been more clear: “any debate within government about the medicinal and therapeutic benefits of cannabis-based medicines does not extend to any review regarding the classification of cannabis, and the penalties… will remain the same”.

In other words, this isn’t even up for discussion.

This is not the first time that May has clung blindly to a misguided and unpopular policy. Think of the inexcusable treatment of the Windrush migrants. Denying visas to foreign doctors. Insisting that international students be included in migration figures.

What do these all have in common with her blinkered view on cannabis? They are the policies of a woman still locked in her Home Office bunker.

In her stubbornness, tone-deaf to both evidence and public opinion, May has revealed that at heart she continues to think like a home secretary, not a Prime Minister.

Public sentiment turned on Windrush, non-EU doctors, and medicine for Billy Caldwell. It is starting to turn on wider drug legalisation too. A heartbreaking story has brought this issue to light, but there are other heartbreaking stories out there – of young people suffering the side effects of drugs that are too strong and dangerously unregulated, of those forced into the criminal justice system at an early age for non-violent offences, of victims to the gang warfare fuelled by the black market trade.

Those stories deserve to be told too.

And we deserve a Prime Minister who will listen to them.