Watchdog summons Corbyn and McConnell to meeting over misuse of statistics 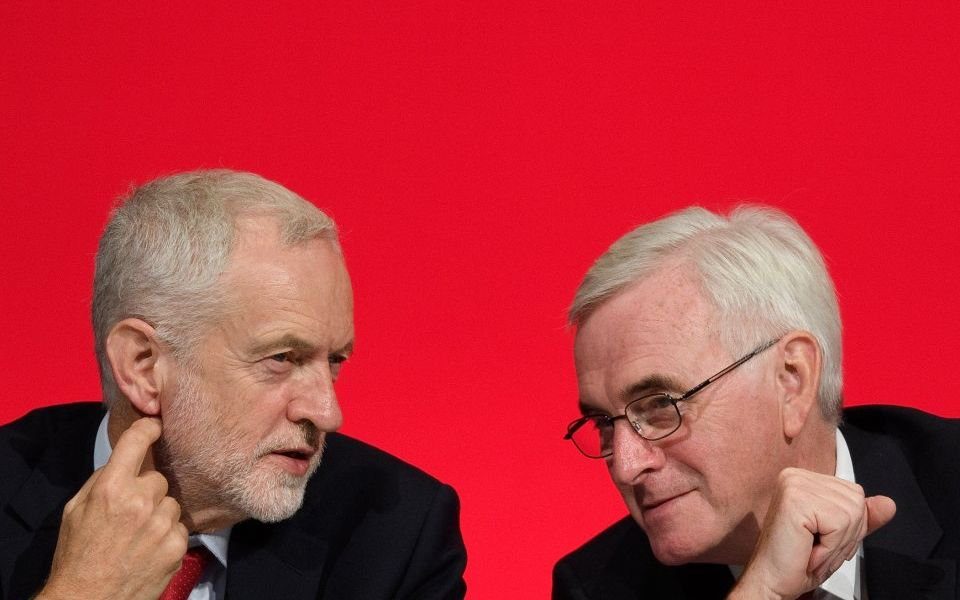 The staff of Labour leader Jeremy Corbyn and shadow chancellor John McDonnell have been summoned to a meeting by the UK’s statistics watchdog over the misuse of stats.

Statistics Authority chairman David Norgrove has previously written to the Labour Party over a “lack of published information on sources, assumptions and methods to support statements”.

In February he wrote to the party over claims that Universal Credit would lead 40,000 children into poverty and, in August, Norgrove challenged a calculation that Labour’s free bus travel policy could save young people up to £1000 a year.

The latest warning was connected to statements regarding Labour's Inclusive Funds Policy, which were found to be correct. However, the watchdog took issue with the lack of information surrounding the statistics.

“We spoke to your office who provided sources underpinning the statement on employment, and gave a breakdown of the approach taken to deriving the surplus funds arising from the policy. It would have been helpful for information about sources to be published at the time the claims were made. It is not our role, of course, to take a view about any assumptions that were made," David Norgrove said.

“The Authority has written to the Labour Party previously about a lack of published information on sources, assumptions and methods to support statements.

"I would welcome a meeting between your team and the Office of Statistics Regulation to discuss how the Labour Party might apply the principles of the Code of Practice for Statistics in its communication of data.”

A Labour spokesperson said: "We received a letter this week which did not challenge any of our figures, but was requesting a meeting between officials on how those figures are presented.

"We always strive to be as transparent as possible with our policies, as evidenced by costing our manifesto in 2017 unlike the Conservatives, and always welcome advice on how to do even better."