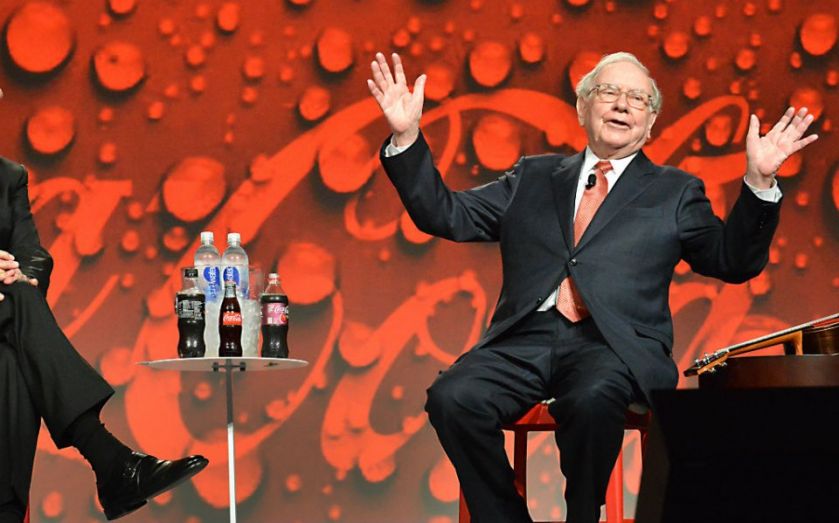 Well, he's the drinks company's biggest shareholder with a nine per cent stake.

He's also one-quarter Coca-Cola – not in stock, but physically, drinking five helpings of the drink every day. He loves Cherry Coke especially.

Now, he's shared his love for the drink with shareholders at Coca-Cola's annual general meeting, serenading them with a rendition of the classic jingle used in one of the brand's ads, I'd Like to Buy the World a Coke…. while playing a ukelele.

He also loves Ukeleles. That's why Coca-Cola made him one shaped like the brand's iconic bottles which just happen to be celebrating its 100th birthday, and its trademark shade of red.

“I could buy the world a Coke, but I'm not sure my shareowners would go for that,” he jokes.

Watch the clip below.

He also appeared in person in conversation with Coca-Cola's chief executive and chairman Muhtar Kent, telling him: "It [Coca-Cola] has gotten me through 84 years… so keep it up, Muhtar.”

Watch the pair talk consumers, the economy, and Cherry Coke.

We can't wait to see what he gets up to at Berkshire Hathaway's shareholder meeting, which is due to take place this weekend. We know what's going to be in the drinks cabinet, at least.