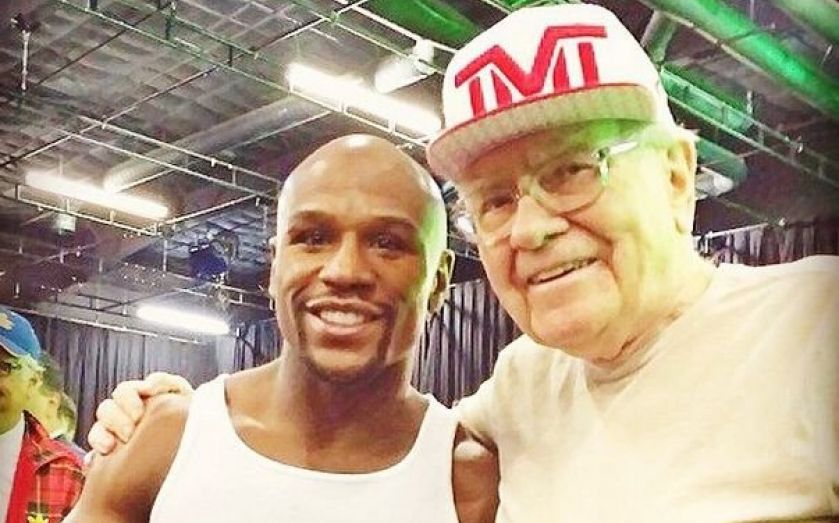 Warren Buffett appears to be the latest member of Floyd Mayweather's "The Money Team", making him "teammates" with Justin Bieber.

Mayweather, the pound-for-pound best boxer in the world, posted an image of Buffett visiting him at his gym to his Instagram page, accompanying it with a caption describing Buffett as "the original founder of The Money Team" and "one of my billionaire buddies".

Buffett was visiting the man nicknamed "Money Mayweather" as part of a promotion event of Mayweather's forthcoming rematch against Marcos Maidana, along with other celebrities including Hollywood director John  Landis. Unsurprisingly, they talked about money. They both have lots of it.

Mayweather said on his Instagram that the pair talked about turning $100m of his assets into $1bn. According to Forbes, Mayweather is the highest paid athlete in the world, with a 2013 salary of $105m. Expert investor Buffett is worth around $66.9bn. 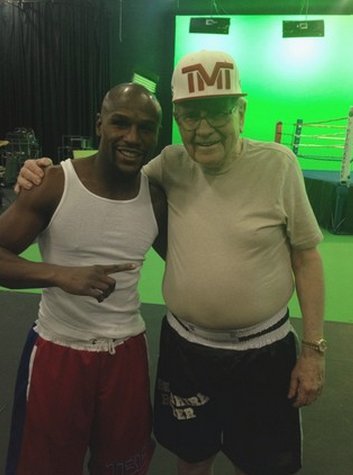 The Money Team is what Mayweather calls his closest group of associates and friends and has named of his clothing brand. Members include rappers Tyga and Machine Gun Kelly, Justin Bieber and apparently an 83-year-old Buffett too. The pair also squared up for a light-hearted version of the traditional pre-match fight face-off photo. At least, we hope it was light hearted.

Buffett's name has hit the headlines today after he provided $3bn towards Burger King's $7bn takeover of Canadian coffee and doughnuts chain Tim Hortons, coming under fire for a move perceived to motivated by the lower tax rate in Canada.

Mayweather's bout against Maidana, takes place on 13 September at the MGM Grand in Las Vegas.