If Brexit wasn’t dominating British politics, then one other issue would be: the lack of housing.

If you know someone under 30, living in London and able to afford their first home, then your friend belongs to the country’s richest percentile. For most people, even for those on what used to be a decent median income, owning a house is just not realistic.

Older people are more likely to own a home than they were 25 years ago, but younger people have to wait much longer than their elders did to buy a first house. And nobody should think that Brexit will make a real difference: the levels of migration in the most competitive areas, like London, are unlikely to decrease enough to affect prices. And if Europeans resident in the UK are going to go home then Brits living in continental Europe will likely have to head homewards too. The net effect is therefore likely to be negligible.

No government has done enough to fix this. Under David Cameron we helped first-time buyers but shied away from the kind of radical building programme that is required. The same was true under Labour. Theresa May now has a chance to make a real difference and in so doing show that Conservatives aren’t just for the haves but, crucially, for the want-to-haves.

Housing secretary Sajid Javid has already secured sizeable funding commitments, with £2.3bn for a Housing Infrastructure Fund and £1.4bn more for affordable housing. He’s said to be writing a much-needed White Paper. Here is what he might want to consider putting in it:

First, the government has to be more forceful in increasing the supply of land. This can be done in a number of ways.

To start, it should take all of Network Rail’s thousands of acres of land and place it in a separate organisation – call it Rail Land – and make it build new stations and new houses. Clapham Junction, Reading Station and Bristol Temple Meads waste land which could easily be used for housing if the stations were rebuilt. Transport secretary Chris Grayling should make this a priority. Taking a leaf from the regeneration of the London Docklands, the government could create Station Development Corporations to expedite planning and Station Development Zones to offer certain tax breaks to entice businesses.

Read more: Why the London Docklands hold the key to tackling the UK housing crisis

Then the government needs to be far more innovative in how we use land. Like Sweden, Hong Kong and Japan, we should reclaim much more land from the sea. Boris Island is dead but the then London mayor’s underlying idea was a good one. Where else than the Thames Estuary can we reclaim and build land? Can we use bridges more effectively for housing in a modern Ponte Vecchio-style development?

And what about church land – can we help convert the thousands of acres that the Church of England owns into houses? Or out of town supermarkets – can we ease planning rules to more easily build up on top of what are often flat-roof Tesco stores? Could we encourage all London car parks under ground and build housing units on top? These and other new ideas are needed. Perhaps a major prize should be offered for the most innovative.

Awkwardly for Conservatives there can also be no way around a discussion of the Green Belt. Everyone agrees that we want to balance urban development with a concern for nature. But not all of the Green Belt is what it sounds like – green. We should be willing to build on low quality Green Belt especially around London like around Theydon Bois station or Redbridge. And do we really need that many golf courses? In return for taking land for housing, we should find areas where we can expand the Green Belt.

Read more: The Greenbelt sacred cow: It pens in the poor for no environmental gain

That brings us to the issue of local councils. Truth be told, councils are not designating enough land for development and, when they do give permission, are too slow to process the applications. Councils that don’t meet their target should be penalised.

Not Tory to do so? Neither is keeping the young from entering the housing market. Or forcing the pace of urbanisation as young people are pushed into moving to larger conurbations. Local councils will complain, not least that they don’t have enough money. Perhaps the government should look at lifting the cap on the Housing Revenue Account receipts to allow councils to borrow to build housing. 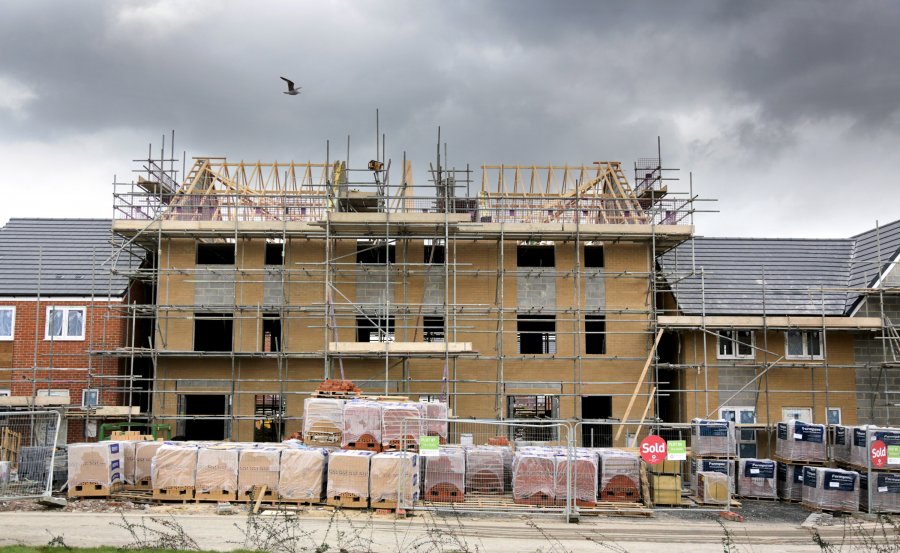 Councils should be required to meet their house-building targets (Source: Getty)

Government should also provide incentives for older people to move away from their larger homes, predominantly in the South East, and make way for younger people. Nobody likes the idea of downsizing, especially away from places they have lived for years and where much of their wealth is tied up. So we need a new and attractive-sounding concept. And we need to allow people to easily move their investment in their houses without being penalised by various taxes like stamp duty.

Read more: Don't rely on downsizing to make up for your insufficient pension

Needless to say, we need to ensure in the Brexit negotiations that Britons can continue to easily retire in Spain; if that exodus of retirees slows down then the housing problems will multiply. What Florida is to America, the Costa Del Sol is to Britain – a warm and nice place to retire which, at the aggregate level, helps to free up housing in Britain.

Finally there is a problem with the building industry. The large volume builders cannot fulfill current demand, let alone future requirements. Smaller builders struggle to grow, and skilled labour is scarce. Town planning, probably one of the most important professions, is not a sufficiently respected discipline. In addition, the models used to build are not innovative compared, for example, to Sweden, where 84 per cent of detached houses use prefabricated timber elements; in the UK no more than 5 per cent of permanent housing has any significant prefabrication.

Theresa May is right to want to build an economy that works for everyone. Sajid Javid has the energy and drive to deliver something ambitious. That will be necessary to deliver a bold housing policy which works more for the young want-to-owns rather than the older already-haves.