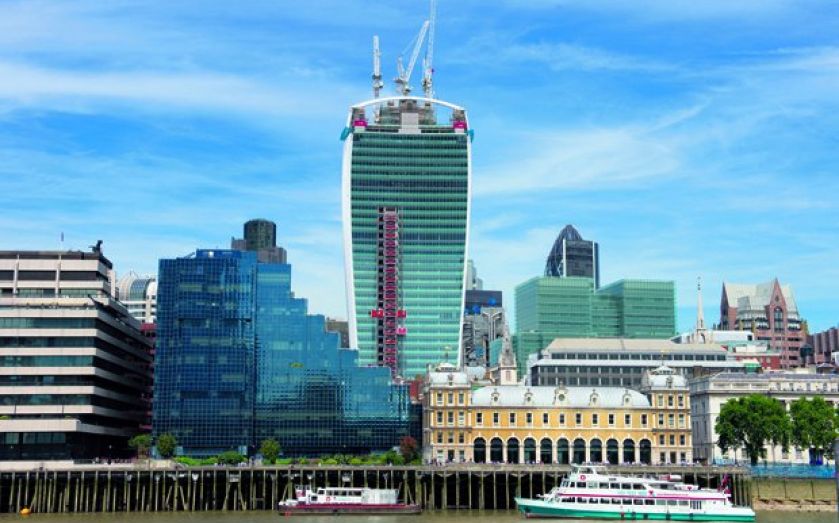 PROPERTY giant Land Securities said yesterday that it expects the Walkie-Talkie skyscraper to be two thirds let by its completion next year, in a sign of growing confidence in the market.

The City office market has seen a pick-up in leasing activity in the past year as companies who had previously shelved plans rushed to book ahead of an expected squeeze in supply.

Chief executive Rob Noel said yesterday that it has seen increased interest across all of its developments, as supply of new, quality office space dries up.

“In London, demand is increasing. We remain confident that our portfolio is well positioned and our developments well timed,” he said.

Land Securities has kickstarted more than £1bn of London schemes this year, including the first phase of Nova, a 5.5 acre island site next to Victoria station it is developing with Canada Pension Plan Investment Board.

The Lee Polisano-designed scheme will comprise of five new buildings that together will provide 170 new apartments, shops and restaurants and a new public square.

In a first quarter trading update, Land Securities said total retail sales were up 2.5 per cent on the same quarter last year.

Units in administration were down at 2.2 per cent at 30 June 2013 compared to 2.3 per cent last year despite the collapse of shops including Dwell and Modelzone.

The group said that five of its six HMV stores had been re-let since the end of the first quarter.

It also announced the sale yesterday of Oxford House in the West End to Great Portland Estate for £90m.