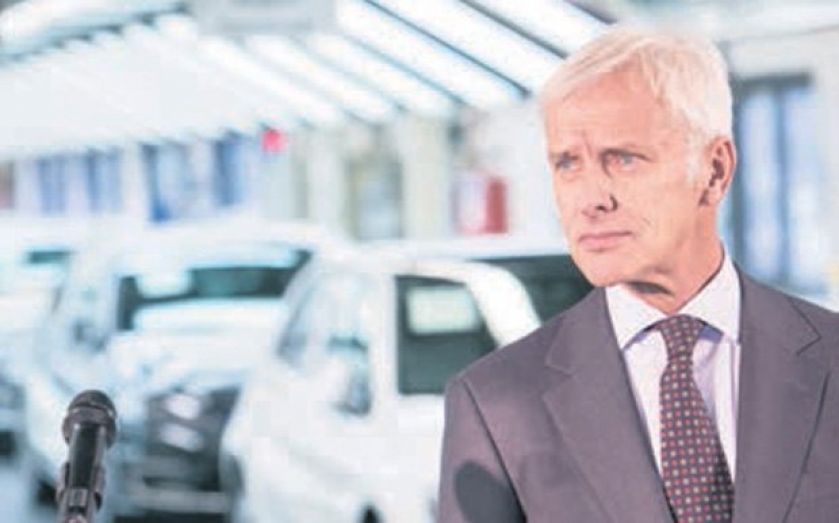 Volkswagen’s Supervisory Board has taken bold steps in the final weeks of 2015 to put the diesel cheating scandal to rest. But with three days to go before Christmas, I expect Santa has made his list, is checking it twice, and is sending a sleigh full of coal to the carmaker’s Wolfsburg headquarters.

That’s because VW, despite winning over regulators in Europe, has failed to get the green light to fix the nearly half a million cars in the United States fitted with so-called defeat devices that are designed to cheat on NOx emissions tests. If VW wants to go from Naughty to Nice in 2016, it must move with a laser-like focus to correct its original sin in the US.

VW met a 20 November deadline to submit a proposed technical solution to US environmental officials. But one month on, the Environmental Protection Agency (EPA) and the California Air Resources Board (CARB) have yet to give the all clear. VW chief executive Matthias Mueller appeared visibly frustrated, voicing “impatience” with the EPA, when I asked him earlier this month why an agreement had not been struck. But he refrained from disclosing any specific sticking points, largely blaming the delay on more stringent emissions standards in the US. On Friday, CARB agreed to extend a deadline for a decision on VW’s fix to 14 January. But time may not be on the automaker’s side.

Each day that passes without an approved fix means additional pain for US dealers who are struggling with stop-sale orders and inventory shortages. The lingering uncertainty also leaves the door open to additional legal action, with at least 500 lawsuits already pending. Volkswagen recently tapped compensation claims veteran Ken Feinberg to try and ease that legal headache. Drawing on Feinberg’s experience with payments tied to 9/11, the BP oil spill, and GM’s ignition-switch recall, VW hopes it can speed up the claims process. But Feinberg, too, faces a Sisyphean task until judgement is cast on the technical solution.

And what if the proposed technical fix fails to get a seal of approval on 14 January? VW found an unlikely group of defenders in Tesla chief executive Elon Musk and dozens of other green investors last week. They issued an open letter to CARB asking them to abandon plans for a VW technical fix altogether and instead urge the carmaker to “cure the air.” The five-step plan would require VW to invest more in R&D aimed at zero-emissions electric vehicles. Although that plan would boost Musk’s ambitions to scale electric vehicle infrastructure, it would do very little to alleviate VW’s immediate woes.

Mueller paid homage to Musk’s home base in a press conference earlier this month, saying “you could say we need a little more Silicon Valley.” Mueller’s ambitions for a more innovative culture should be applauded, but it would be premature to talk about disruption until the US clean-up is underway. Before Wolfsburg starts recruiting tech stars to reinvent the car, management must cure the patient. Until then, investing in VW is not for the faint of heart.