Virtual reality: The next frontier. Visualise's Henry Stuart on motion sickness and the Swayze Effect 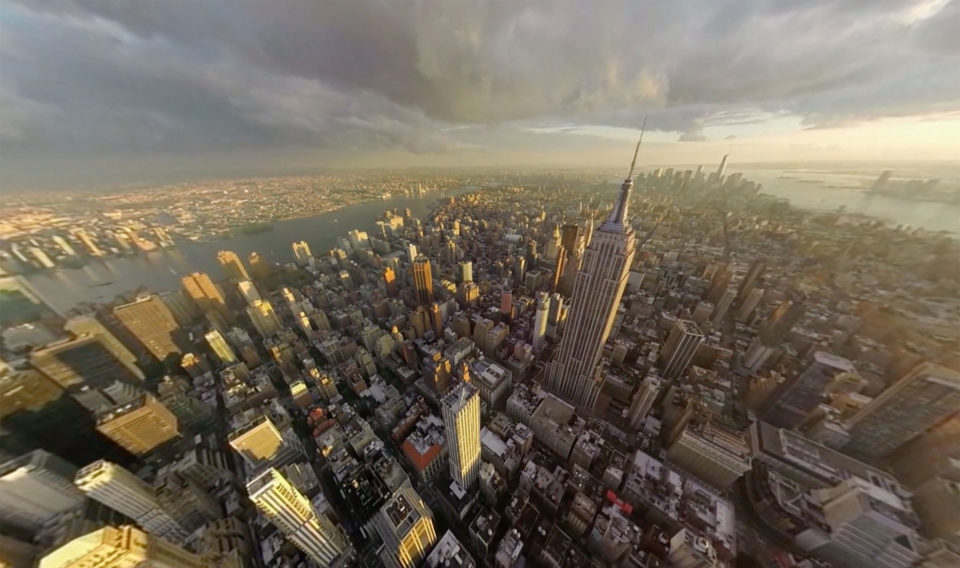 This is the year, so we are told, that virtual reality (VR) takes off. Hotly anticipated headsets from Oculus and Playstation are due for release later in 2016 and will finally bring VR into people’s homes. “We’re hugely excited,” says Henry Stuart, co-founder and chief executive of VR production company Visualise, which has produced around 60 different VR experiences for brands. “Until now, we’ve been working flat out on the promise of VR, with physical activations in shops, malls and train stations. We’ve been waiting for the VR revolution.”

However, he expects that brands will have to wait a little longer for a mass market to develop. “This is the year a lot of the tech launches. But it won’t be until 2017-8 when enough people adopt VR en masse.” He tells City A.M. about the “Swayze Effect” and how not to make your audience physically sick.

What does Visualise do?

There are two types of VR which we specialise in. The first is computer generated VR, which throws you into a CG environment with virtual graphics. The second is VR video, which we’ve been extensively working on with brands and agencies. It captures real life using a ball of cameras looking in every direction, to achieve the 360 degree perspective. The video is then played back in a headset, so it’s a more passive experience – you’re taken on a journey.

It’s not just about headsets though. Using your phone’s magic window is probably going to be the best way viewers will engage with 360 degree content prior to mass market adoption. VR gives brands an opportunity to immerse their customers in a truly unique way. The videos can be designed to be future-proofed, and can be repurposed easily for use in a variety of different activations. At the moment, camera technology is better than the screens available, but that will change soon.

Which brands are most suited to VR experiences?

The car industry has picked it up really quickly. We’ve done work for Mercedes, Ford, Lexus and Lamborghini because there are a number of functions the technology can help with. Audi, for example, has city centre showrooms which can only fit limited vehicles inside. But with headsets, they can make the space infinitely large to show off all their models, and allow visitors to customise their Audi down to the trim. It also works really well as a driving simulator. We worked with Audi on a motion chair which we took to the Goodwood Festival of Speed. Users wore a headset showing a driving simulation, and as the cars turned, the chair would lurch to the side. You can add in 4D elements, like wind to make the experience even more intense.

Tourism is fertile ground as well. We did a campaign for Thomas Cook called “Try Before You Fly”, offering visitors to flagship stores a five minute tour of holiday destinations. A video of New York led to a 180 per cent increase in bookings, and the project had paid for itself within a year. It provides a genuine window onto locations because it is inherently honest. But that’s a double-edged sword because it makes shoots more difficult.

You can only use top locations which look good from every angle, and the act of filming is turned on its head. The film crew has to disappear because the cameras face 360 degrees, and the actors are left to judge their own performances. Fortunately, we have preview cameras now which give us a low-resolution remote view of what the video will look like, so bad takes can be cut quicker.

What kind of rules do you have to follow?

You can make people physically ill if you get things wrong. So you couldn’t swing a camera on a boon, for example, or mount it on the bonnet of a car. You can’t turn the camera either – the viewer must be allowed to turn their own head to look around the landscape. So we constantly need to put ourselves in the heads of the audience and consider their comfort. It can be quite creatively restrictive, so we have to talk to brands early on in the process to find a solution which meets their needs, while being comfortable to watch.

Do many brands want to run before they can walk?

The earliest VR adopters have tended to be more extreme brands. And because around 60 per cent of the tech’s use has been in PR, they have wanted to create an amazing spectacle. But VR doesn’t need to be about breakneck speed experiences. Users are really struck by the strong emotional connection they feel for the characters in virtual environments. Bandai Namco developed a demo called Summer Lesson for Sony which features a pretty girl sitting very close to you, whispering in your ear. And people have actually got quite embarrassed by it!

What are the applications you’re most excited about?

Some people think VR headsets make the whole experience quite isolating, so group participation in games is an exciting prospect. An Oculus demo called ToyBox allows two players to play ping pong and shoot each other with laser guns, so I’m looking forward to how the format becomes more social.

Story-telling is another potentially interesting area for brands. But there are kinks to be worked out. You can’t cut quickly between scenes – the audience needs time to explore the scene you put them in. There’s also something known as the “Swayze Effect”. In Ghost, Patrick Swayze is screaming at other characters, but they can’t hear him because he’s a ghost. The absence of recognition can be equally disconcerting in VR. So there’s discussion about whether, and how, the audience should be acknowledged by other actors in the scene.