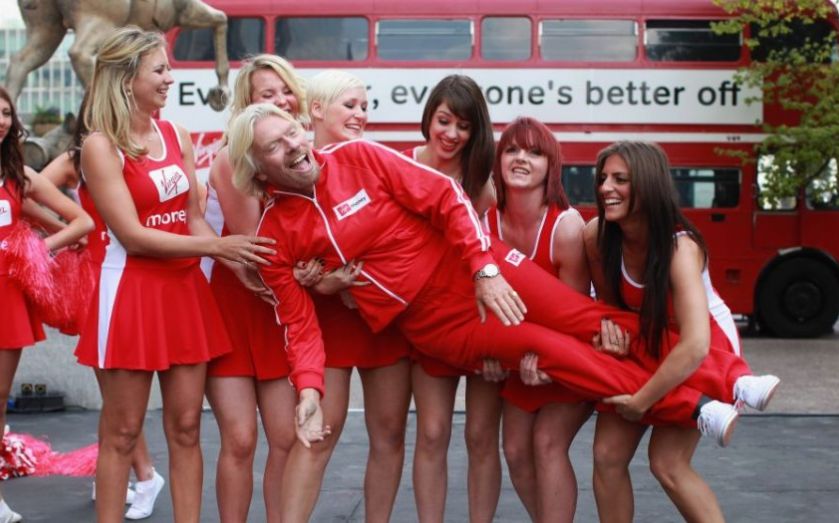 Shares in recently-listed challenger bank Virgin Money rose almost five per cent in late morning trading, after it posted figures showing full-year underlying pre-tax profit soared 127 per cent thanks to its swelling mortgage loan book. The challenger bank, which floated in November, said underlying pre-tax profit was £121m in 2014, up from £54m in 2013, buoyed by double-digit growth in mortgage balances and net lending.

However, on a statutory basis, the bank said profit before tax was £34m, compared to £185.4m a year earlier. This was due to the disposal of Virgin Money Cards Limited, which had been undertaken in parallel with its acquisition of £1bn of Virgin Money credit cards from MBNA, as well as one-off costs in relating to its initial public offering (IPO).

Virgin Money floated on the London Stock Exchange at 283p per share back in November, after shelving plans a month earlier due to market turbulence.

At the time, a source told City A.M. half of the demand for shares was from outside the UK, suggesting British investors continue to be cautious following recent market turbulence.

Virgin Money is one of a few challenger banks saying they can offer opening hours more in line with busy working schedules, more competitive products and more customer-centric services.

With an influx of younger, more flexible players, high street banking could be about to undergo the kind of revolutionary transformations we've seen in the UK's supermarket sector.

As well as completing our IPO, we delivered excellent business performance, maintaining our strong growth momentum, continuing to build our high-quality balance sheet and delivering improving returns. As a public company we remain committed to maintaining our straightforward, transparent approach to banking that we believe is better for customers.